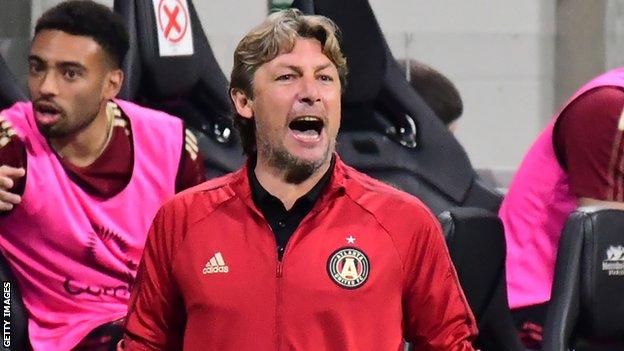 The 43-year-old won only two of his 13 games at the helm and leaves the club 10th in the MLS Eastern Conference.

Assistant coach Rob Valentino will take over on an interim basis.

"This was certainly not a decision we wanted to make at this point in our season, but it was the right one for the club," said Atlanta president Darren Eales.

"Gabi is a talented coach and is undeniably passionate about his craft and the sport of soccer. We are grateful to him for his service and wish him all the best in the future."

Atlanta, who won the MLS title in 2018 in only their second season as an expansion club, added in a statement that "a variety of issues relating to the day-to-day leadership of the team" led to Heinze's dismissal.

The former Real Madrid, Paris St-Germain and Roma defender was appointed in December as Frank de Boer's replacement with the Dutchman having departed in July following the team's poor showing in the MLS is Back tournament.

The 72-cap Argentina international, who helped United win the Premier League title in 2007, moved to the MLS side after a three-year spell at Velez Sarsfield.

He was recently criticised for ordering forward Josef Martinez to train away from the club.