Galileo won six times in eight career starts, including the 2001 Epsom Derby and King George Stakes at Ascot; Galileo became one of the world’s leading stallions, siring the likes of Frankel, Nathaniel and Churchill Galileo, winner of the Derby in 2001 and a world champion stallion, has died aged 23, Coolmore Stud have announced.

The sire of Frankel and so many other great champions, the son of Sadler’s Wells was a brilliant racehorse in his own right for trainer Aidan O’Brien.

His finest hour came at Epsom in the 2001 Derby, following up in the Irish Derby and the King George VI And Queen Elizabeth Stakes.

Coolmore said in a statement on Saturday: “Regretfully our world-renowned Champion Sire Galileo was put to sleep earlier today on humane grounds owing to a chronic, non-responsive, debilitating injury to the left fore foot.”

Coolmore’s John Magnier paid tribute to a horse that leaves a “lasting legacy”. 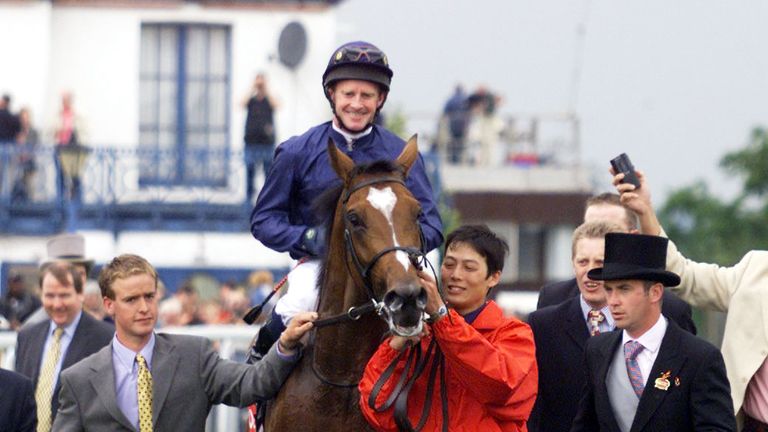 He said: “It is a very sad day, but we all feel incredibly fortunate to have had Galileo here at Coolmore.

“I would like to thank the dedicated people who looked after him so well all along the way. He was always a very special horse to us and he was the first Derby winner we had in Ballydoyle in the post M V O’Brien era. 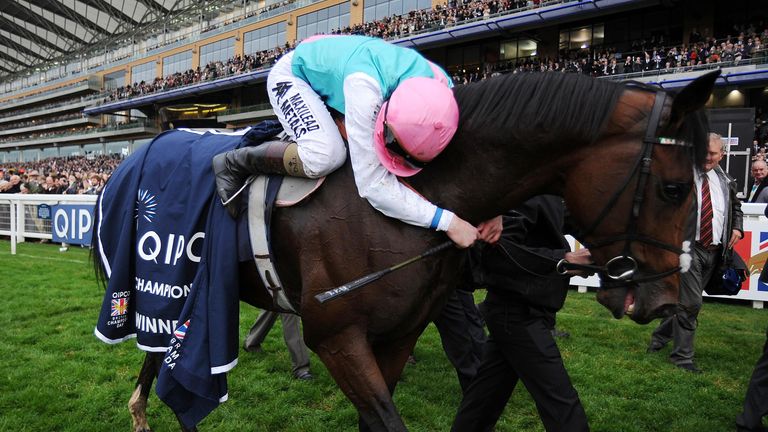 “I would also like to thank Aidan and his team for the brilliant job they did with him. The effect he is having on the breed through his sons and daughters will be a lasting legacy, and his phenomenal success really is unprecedented.”

Reacting to the news on Sky Sports Racing, former jockey Freddy Tylicki said: “He’s the type of sire that I don’t think we’ll ever get to see again in our lifetime. He took it to the next level and beyond.

“What he has achieved is just absolutely incredible.

“From the people that had dealings with his progeny, day in and day out, the likes of Aidan O’Brien and Seamie Heffernan, they just loved their Galileo horses.

“They would run through brick walls for you and try all day. They’ve got the right minds and their heart in the right place. Everything about them is spot on.”