Harlequins kicked off Saturday’s Premiership action with a 24-12 win at home to Sale Sharks; Northampton Saints edged out Exeter Chiefs for a first win at Sandy Park since February 2014; Leicester Tigers saw off Wasps 27-8, but the game was marred by three red cards We round up Saturday’s Gallagher Premiership action as Harlequins kept their winning run going, Northampton edged out Exeter and Leicester and Wasps both saw red…

Harlequins’ resurgence following the departure of Paul Gustard produced its best result yet as Sale were dispatched to move up to third place in the Premiership.

Marcus Smith continued to show England what they are missing with a virtuoso display at fly-half, the highlight of which was the dynamic break which led to Alex Dombrandt’s try.

Smith landed all three conversions as well – two of them from tries scored by the superb Joe Marchant on his 100th appearance – and kicked a penalty as Quins claimed their fourth consecutive victory since Gustard stepped down as head of rugby last month.

Sale have been added to recent victims Wasps, Bath and Leicester to continue the London club’s acceleration up the table with a win founded on defensive resilience as much as a ruthless approach to finishing.

Trailing 24-0, the Sharks faced a heavy defeat but fought back with tries by Curtis Langdon and Robert du Preez only to run out of steam.

Quins, meanwhile, were denied a try which would have secured the bonus point on the final play of the game due to a forward pass. 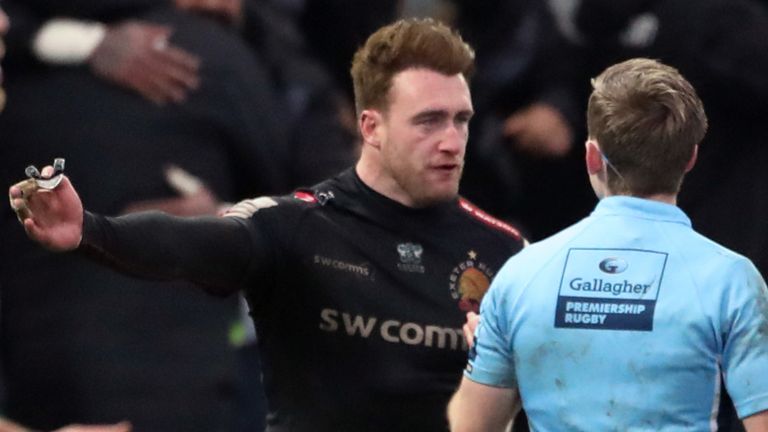 It was Sa ints’ first win on Exeter soil for seven years, and they richly deserved to claim one of their most impressive triumphs under rugby director Chris Boyd despite having fly-half George Furbank in the sin-bin at one point.

But the game ended in dramatic fashion after Exeter lock Sam Skinner scored an 80th-minute try.

Joe Simmonds had a chance to win it with the resulting touchline conversion attempt, only for Northampton players to attempt a charge-down, and Simmonds was sufficiently distracted to not even make contact between boot and ball.

Chiefs players complained to referee Christophe Ridley after he blew the final whistle, but it was to no avail, and Northampton celebrated.

No. 8 Shaun Adendorff scored an early try for the visitors, which Francis converted, but Exeter could only muster a Jack Yeandle touchdown in reply, converted by Harvey Skinner, until Skinner struck. 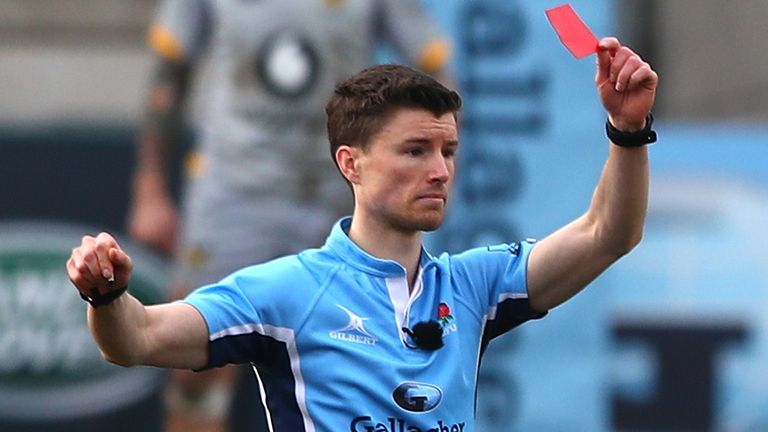 The Tigers led 11-3 when their try-scorer Jacob Wiese was dismissed after 26 minutes when TMO replays showed he had made contact with the head of Ben Morris.

However, the hosts extended their advantage by another three points through the boot of Zack Henry before Wasps prop Kieran Brookes saw red for a high tackle on Tomas Lavanini to even up the numbers.

The Tigers were quick to capitalise on that when Julian Montoya finished off from a driving line-out and Tommy Reffell also crossed after Tom Cruse’s effort for Wasps, with Leicester back-rower Hanro Liebenberg being sent off with two minutes left for taking out Josh Bassett in the air.

It was a landmark afternoon for three visiting players, with Wales international Will Rowlands making his 100th Wasps appearance while James Gaskell and Bassett both reached a century of Premiership appearances for the club.

But there was little else for them to celebrate as the Tigers saw out the match to move above the visitors and into the top six on points difference.