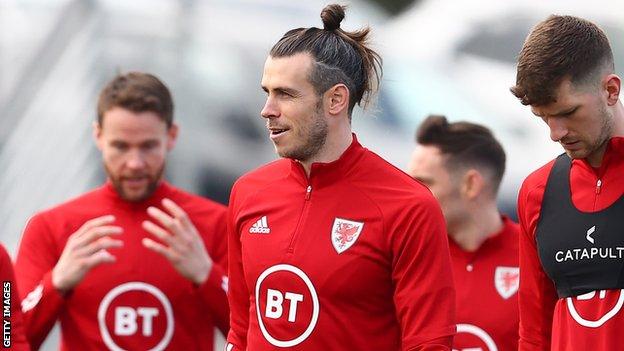 Gareth Bale is hoping to seize what he believes might be his final chance to qualify for a World Cup – and realise his one remaining burning ambition.

Wales begin their 2022 qualifying campaign away against world number one-ranked Belgium on Wednesday.

They have not played at a World Cup since 1958 and, at 31, Bale feels time is running out for him to end the wait.

"It would be amazing to play for Wales in a World Cup – that is the dream for me," said the Wales captain.

"We need to give it a really good go and give everything for the country.

"It might be the last time our generation has the chance to qualify for a World Cup.

"It is massive for us and we want to try and take this opportunity to qualify. We haven't done that for a long time."

The forward, who is on loan at Tottenham this season, has also played an integral role in Wales' recent success.

Bale scored seven and assisted two of Wales' 11 goals as they qualified for Euro 2016, their first finals since the 1958 World Cup.

He then scored three goals during the tournament itself as Wales reached a major semi-finals for the first time, beating Belgium 3-1 in an iconic quarter-final.

But the World Cup remains elusive, the one thing missing from Bale's achievements.

"Coming into my Wales career the main thing was to play in a major tournament," said Bale.

"We've managed to do that and now to be able to tick everything off the list, it would be to qualify for a World Cup. We want to do that.

"We don't want to just qualify for one or two tournaments but want to keep qualifying and making sure we're pushing Wales in the right direction.

"For me personally, to qualify for a World Cup would be amazing and we want to do everything we can to qualify this time around."

The closest Wales have come during Bale's career was for the 2018 World Cup.

They entered the final round of fixtures with a chance of qualifying automatically but, with Bale ruled out with injury, Wales lost their final match at home to the Republic of Ireland and missed out on the play-offs too.

"I was up in the stands and it was very frustrating, I felt like I was kicking every ball," said Bale.

"It was difficult after the game to have the loss and have the dream of World Cup qualifying end.

"Hopefully we can draw on those experiences in a positive way and use that hurt to push us even harder this time around.

"We know it's going to be a difficult game against Belgium but we're going to give everything on the pitch to get a result."