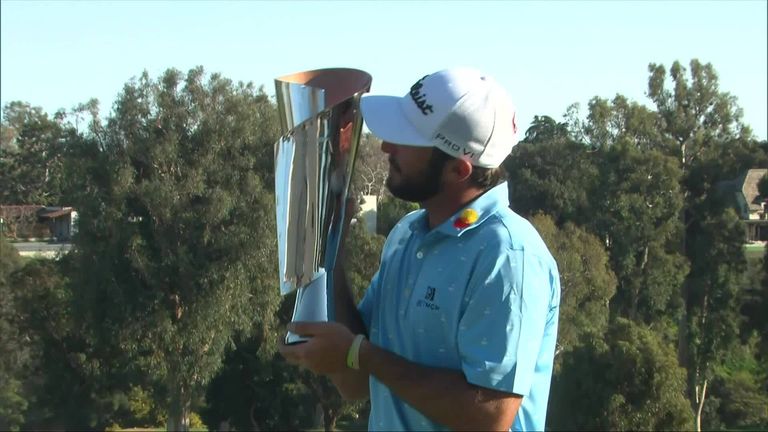 A look back at the best of the action from a dramatic final round at the Genesis Invitational at Riviera Country Club.

Max Homa snatched a dramatic victory at the Genesis Invitational, as Tony Finau fell short again in his bid for a second PGA Tour title.

Homa missed a three-foot birdie opportunity on the 72nd hole to win the tournament in regulation, with a bogey-free 66 seeing him locked alongside Finau on 12 under at Riviera Country Club.

Finau, who jumped up the leaderboard with a round-of-the-day 64, squandered a putt for the win at the first extra play-off hole and then bogeyed the next, meaning a par was enough for Homa to claim a first PGA Tour win since the 2019 Wells Fargo Championship. 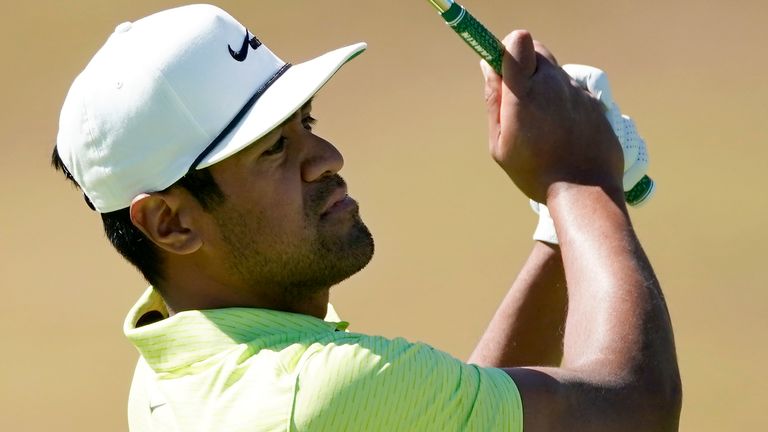 Overnight leader Sam Burns finished a shot back in third ahead of Australia’s Cameron Smith, while Jon Rahm ended the week on seven under and tied-fifth with Matthew Fitzpatrick and Viktor Hovland.

Burns, starting with a two-shot advantage despite returning early on Sunday morning to finish a third-round 74, extended his lead by following a close-range birdie at the par-five first by rolling in from 10 feet to pick up another shot at the third.

The world No 149 holed a six-footer to save par at the sixth but saw his lead cut to one when Homa – playing in the group ahead – posted back-to-back birdies from the sixth, only for Burns to respond by firing his approach at the seventh to tap-in range.

Burns made a six-foot birdie at the ninth to reach the turn three ahead and holed a 10-foot putt to scramble a par at the next after duffing a chip from the back rough, as Homa picked up a shot at the 10th and Finau made three birdies in a four-hole stretch to both get within two of the lead. Sam Burns was chasing a wire-to-wire victory in California

The leader narrowly avoided going out of bounds off the 12th tee and converted from six feet to get away with a bogey, before losing advantage after posting successive dropped shots from the 14th.

Finau moved ahead by bouncing back from a bogey at the 15th to hole from 10 feet at the 16th and pick up a shot at the par-five next, seeing him set the clubhouse target at 12 under, only for Homa to move alongside him by matching his birdie at the 17th.

Homa squandered a glorious birdie opportunity at the 18th, missing from three feet, while Burns just missed out on making it a three-way play-off after following a birdie at the 17th with a final-hole par.

The play-off started at the par-four tenth, where Homa recovered from his tee shot finishing alongside a tree to match the par by Finau – who failed to convert an eight-foot birdie putt for victory.

Finau then failed to get up and down from the greenside bunker at the par-three 14th, the second extra hole, as Homa struck his tee-shot to 12 feet and two-putted for a winning par.

Fitzpatrick went into the final round two off the lead but slipped out of contention with a final-round 71, while world No 1 Dustin Johnson – playing alongside the Englishman and Burns in the final group – finished five strokes back in tied-eighth after carding a one-over 72.