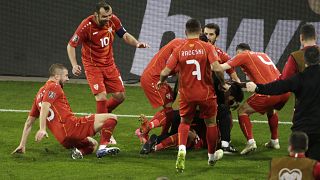 Germany’s 35-match unbeaten run in World Cup qualifying — a streak dating back to 2001 — ended with a stunning 2-1 home loss that left the team sitting third in its group after three games. It was only the country’s third-ever loss in qualifying for the World Cup since 1934, the other two coming against Portugal in 1985, when it was West Germany, and the famous 5-1 thrashing by England 20 years ago.

After exiting the World cup in the group stage in 2018, the Euros could cause the Germans more pain given they are in the same group as reigning champion Portugal and world champion France. In November, they lost 6-0 to Spain for their worst defeat since 1931. 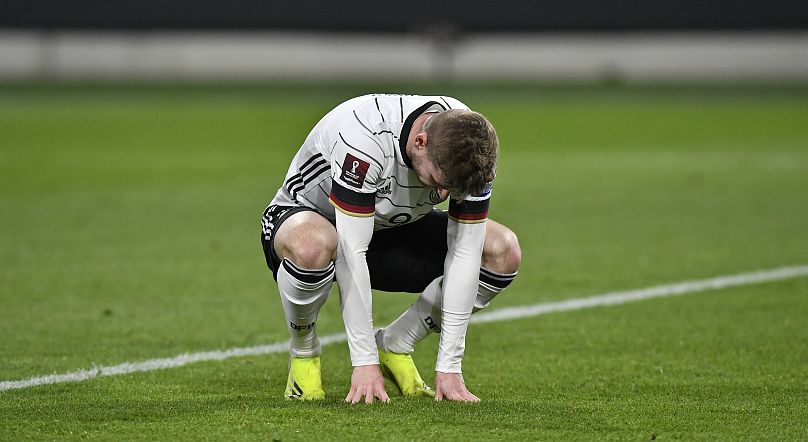 Löw, who led Germany to the 2014 World Cup title, is stepping down as coach after the European Championship.

The road to Qatar could be bumpy, too, for Löw’s successor. In Group J, Germany has slumped to third place after three games — behind North Macedonia and 99th-ranked Armenia, which beat Romania 3-2 for a third straight win having trailed after 87 minutes in Yerevan.

Goran Pandev, a 37-year-old striker playing in his 20th year of international football, was part of the North Macedonia team that shocked Germany, scoring the opener in first-half stoppage time.

Ilkay Gundogan equalized from the penalty spot but after Timo Werner missed a golden chance to put Germany ahead and potentially earn the team a 19th straight World Cup qualifying victory, Eljif Elmas scored the winner for North Macedonia in the 85th at the end of a counterattack.