Hampshire to revert to Hampshire Hawks name for Vitality Blast and future T20 competitions; Hampshire previously played as Hawks in white-ball cricket between 2003 and 2009; club will reman as Hampshire Cricket for first-class and List A cricket 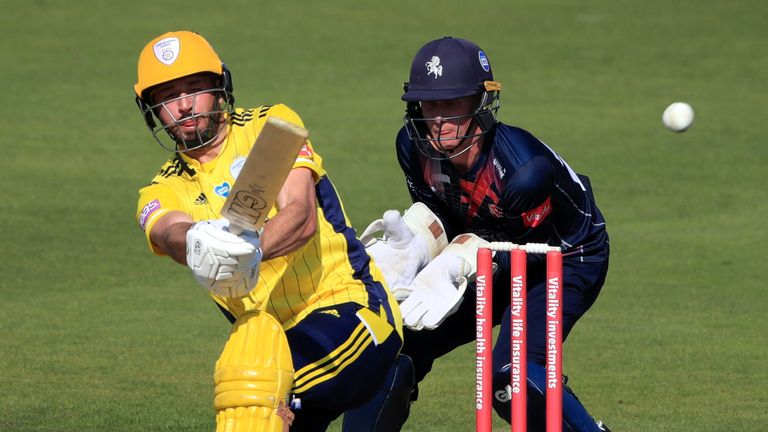 Hampshire have announced that they will readopt their Hawks name for this season’s Vitality Blast and future T20 competitions.

Hampshire were known as Hampshire Hawks between 2003 and 2009, while they played white-ball cricket as Hampshire Royals from 2010-2013 following a partnership with Indian Premier League side Rajasthan Royals.

Hampshire will only play as Hawks in T20 cricket and will stay as Hampshire Cricket for first-class and List A cricket moving forward.

Hampshire chairman Rod Bransgrove told the county’s official website: “We are very excited to announce the reintroduction of the Hampshire Hawks for this summer’s Vitality Blast.

“The Hampshire Hawks are entwined with T20 history and while our return to the Hawks is a nod to this provenance it also marks the start of an exciting new chapter for T20 cricket at The Ageas Bowl.

“The Hawks provided our supporters with many fond memories during T20’s formative years and we look forward to creating more memorable moments over the coming seasons.”

Hampshire say they will make a £5 donation to Southampton Hospitals Charity for every Hawks shirt sold this season.

The 2021 Vitality Blast begins on Wednesday, June 9 with Hampshire beginning their campaign against Kent Spitfires at Canterbury.

Vitality Blast Finals Day will be held at Edgbaston on Saturday, September 18.