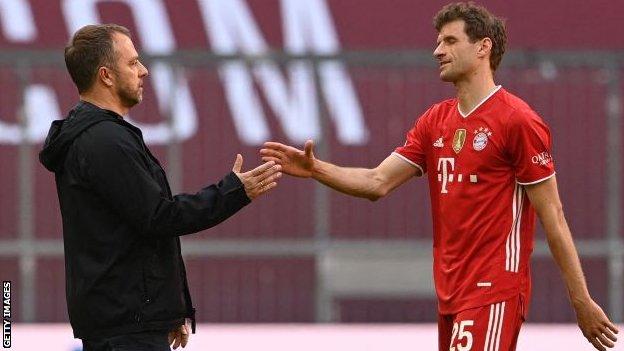 It was arguably the most intense one-on-one in German football in recent weeks. It took place not on any pitch but behind closed doors at Bayern Munich.

In one corner was Hansi Flick, the Champions-League-winning head coach. In the other was Hasan Salihamidzic, the sporting director and operating hand of Bayern's hierarchy.

Those not familiar with the club's inner workings might assume that all is happiness at Bayern, given the team's success. Instead, there is a power battle playing out.

And, while all eyes are on Tuesday's Champions League quarter-final second leg against Paris St-Germain, with Bayern going to France trailing 3-2, the final outcome might be a split between the club and its much-heralded coach.

We need to cause a 'mini upset' – Flick 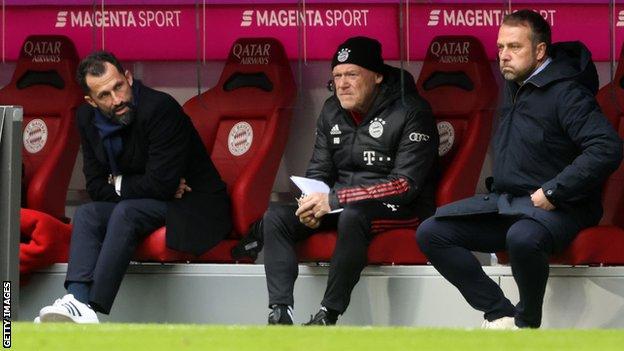 The main arguments have been over recent transfer activities. Flick was frustrated that Thiago left the club last summer and also opposed the decisions of Bayern's management to end negotiations with David Alaba over a contract extension and to let Jerome Boateng's contract run out this summer.

"Let me say it this way: I have been the head coach for a year and a half here. We had a team last year that was quality-wise better than this year, everyone knows that," Flick said. Salihamidzic made a few last-minute signings in October in an attempt to fill some of the holes in the squad. However, Bouna Sarr, Marc Roca and Douglas Costa, three of the signings, have barely played until now.

Eric Maxim Choupo-Moting, the fourth October signing, was pressed into action against Paris St-Germain in last week's Champions League quarter-final first leg, with a knee injury forcing star striker Robert Lewandowski's absence. Choupo-Moting is more comfortable in a deeper role, and even though the stand-in scored, Flick was still left to reflect on what might have been with a top-level number nine in his attack.

The head coach, though, has tried to remain positive. "We have all the chances to reach the semi-finals if we play with more efficiency," he said. I have a lot of fun with my coaching staff. We are focused. One can see, looking at the team, the excitement, intensity, mentality they play their games with."

Flick wants to be in charge 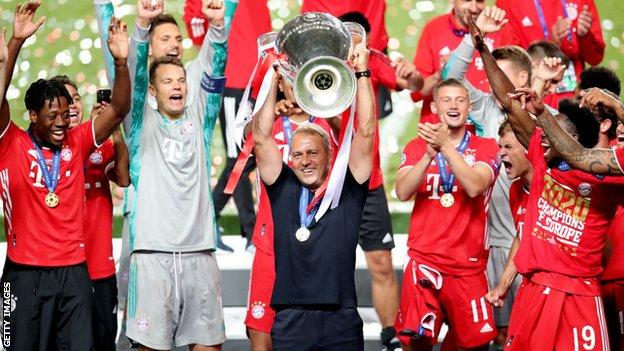 Flick wants to get through the next weeks without any major turmoil, but Tuesday's second leg against PSG could make or break the season.

"I try to solve this whole thing, to work together in the interests of the club," he said. "And everything else which comes in the form of 'harassing fire', that does not come from me."

While Bayern will likely once again win the Bundesliga, as they are five points ahead of second-placed RB Leipzig, going out in the quarter-finals of the Champions League would be considered a failure. And Flick and Salihamidzic would probably blame each other.

Flick has come to feel that, despite turning things around for a club who struggled significantly under his predecessor, Niko Kovac, and winning the Champions League, he has never been fully in charge.

He is a coach – not a manager who can make decisions In the transfer market.

As a result, he could close this chapter of his career rather abruptly. If he did, it would not be the first time he has resigned once he became aware of how overly dependent he is on the goodwill of others.

After serving as an assistant of the German national team under Joachim Low between 2006 and 2014 and working as the sporting director of Germany's football association, he joined Hoffenheim as a chief executive. But Flick quit the job after only eight months.

"It has become clear that there are different ideas regarding Hansi Flick's role and responsibilities," Dietmar Hopp, Hoffenheim's financial backer, said at the time. This sounds all too familiar. Flick has to be careful that he does not earn a reputation for quitting when things do not go his way. 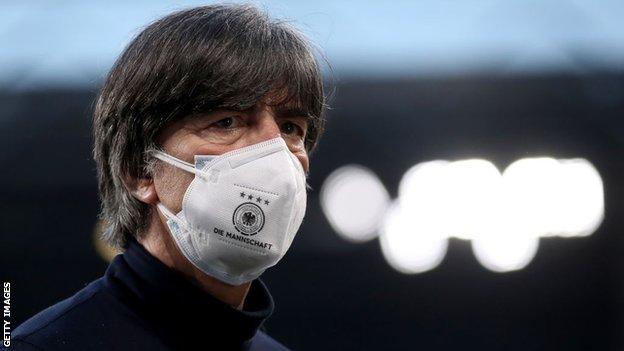 But, as of now, he is regarded as one of the most driven men in German football. When Low recently announced that he would resign after the European Championship, rumours pointed towards Flick as the perfect successor.

He did not promptly deny these rumours. And people who know the 56-year-old well agree in unison that his dream job is to coach the national team.

At first, the notion that Flick could leave Bayern, a team who adore him and that are capable of winning at least one more Champions League title, seemed absurd. But with all not well at his club, and the possibility of a call from his country, Flick must just be ready to say goodbye to Bayern.