Adam Sandler dusted off the unconventional Happy Gilmore swing and traded blows with nemesis Shooter McGavin – played by Christopher McDonald – on social media to mark the 25th anniversary of the iconic golf movie. 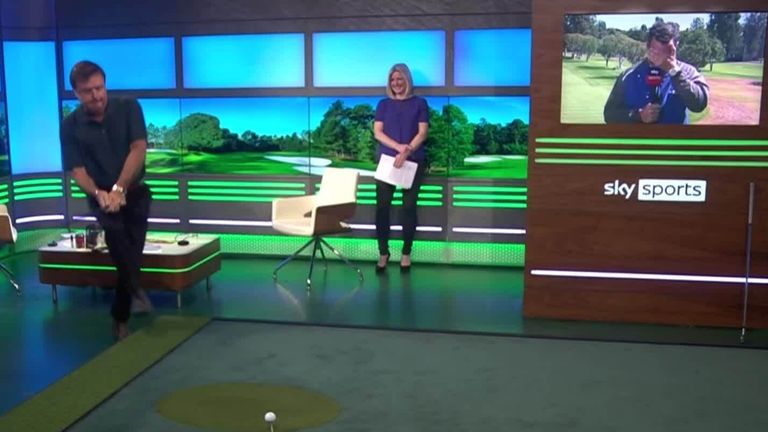 The ‘Happy Gilmore’ swing has become one of the must-try golf shots for amateurs over the years, although the shot isn’t as straightforward as it seems!

To mark the 25th anniversary of the iconic-golf movie, where Adam Sandler plays a failed ice hockey player who breaks into professional golf, Sky Sports’ Wayne ‘Radar’ Riley ventured into the shot centre to attempt the signature drive.

The “walk-up-and-hit-it” routine can be considered unorthodox compared to a more conventional golf swing, with Radar struggling to match Sandler’s long-drive talents from the movie when made to attempt the shot for himself. 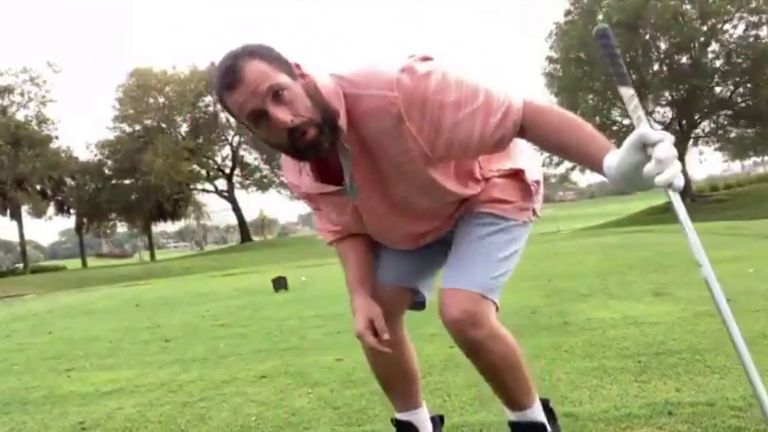 It’s been 25 years since Happy Gilmore memorably won the Tour Championship from Shooter McGavin, but both players proved they’ve still got what it takes.

Wearing boots on the tee and facing a big step to reach his ball made the challenge even tougher for Radar, who left Sarah Stirk in the studio and Rich Beem – watching on from the Genesis Invitational – in fits of laugher with his two efforts!

Radar was given the opportunity to redeem himself in the Shot Centre by taking on Riviera Country Club’s par-three 14th, but would his struggles continue on the hole where Beem once registered a car-winning ace? 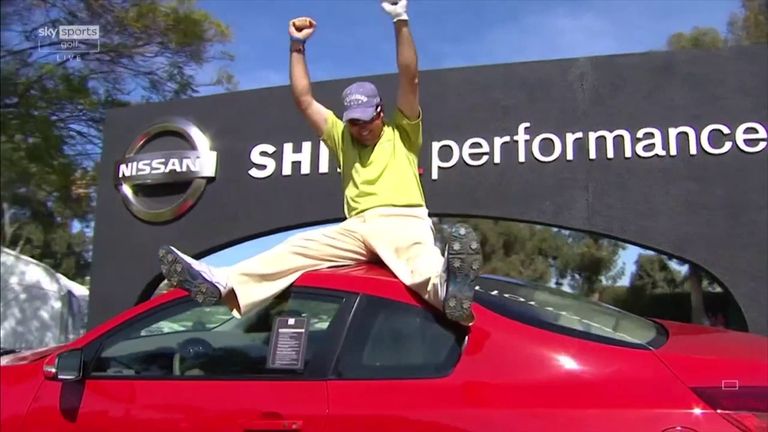 Could Wayne Riley match Rich Beem’s car-winning hole-in-one at the Genesis Invitational? Radar headed into the shot centre to find out…

Click on the video above to see Radar’s Shot Centre fails!

Tuesday February 16 marked 25 years since the premiere of “Happy Gilmore” in the USA, with Sandler dusting off the swing in impressive fashion on Twitter before calling out his character’s biggest enemy.

The video sent social media into a frenzy and got a response from ‘Shooter McGavin’, played by Christopher McDonald, who reignited the trash talk between the pair and showed off his own golf talent.

LPGA: Nelly Korda tied for lead as sister Jessica rallies late to get back into contention in Florida