There are three players I would sign to make Manchester City even better next season, and one of them is a former team-mate of mine who can do things even Phil Foden can't.

First things first, though – there is going to be a gap to fill in their squad.

I know Pep Guardiola has often played without a striker during this campaign and it has obviously worked out pretty well for him – City have won the Premier League and are in the Champions League final – but they still need the option of using one when required.

City goalscoring legend Sergio Aguero is leaving in the summer, which would leave Gabriel Jesus as the only recognised senior centre-forward at the club.

So, I would go for another striker and if money were no object and I could sign anyone, available or not, I'd get Kylian Mbappe from Paris St-Germain. 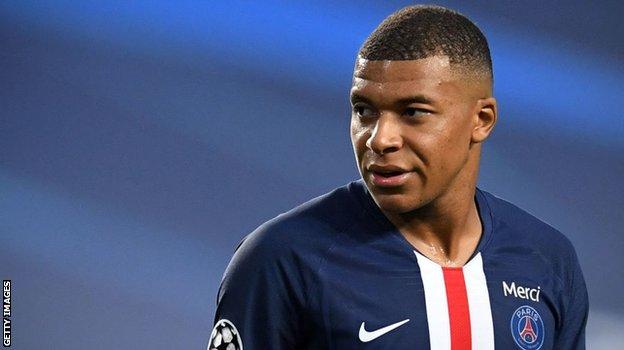 France international and World Cup winner Mbappe has scored 40 goals in 45 games in all competitions in 2020-21. He has one year left on his PSG contract

Mbappe hogs the left touchline a lot but he can also play as a regular number nine and, wherever he starts out on the pitch, you just know he is going to get behind the opposition defence and hurt them.

I watch him and think he would be the missing piece of the jigsaw for City. Sign him now, at the age of 22, and they would dominate for as long as they wanted to, I've no doubt about that.

'It's his finishing that is special'

Sadly, Mbappe probably isn't a realistic option for Guardiola this summer but my second choice as City's next striker could be up for grabs.

At 20, Borussia Dortmund's Erling Braut Haaland is even younger than Mbappe but the reason he is so exciting is not because of his potential – it's because he is already guaranteed to get you goals. 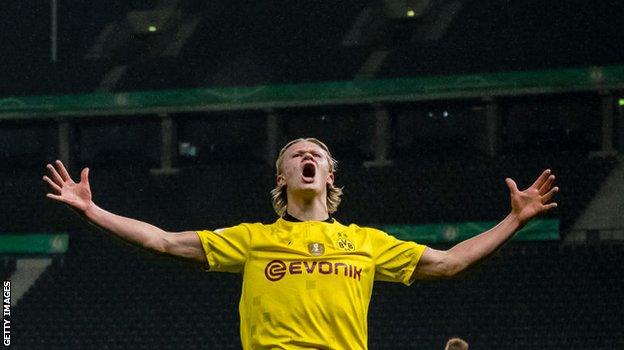 I don't think his link-up play is all that, as we saw over the two legs of Dortmund's Champions League quarter-final defeat by City. I expected more from him outside the box, and he clearly isn't the finished article as a player yet.

But it's his finishing that is special. He is just so potent in front of goal. City still waste too many chances in games, but that wouldn't happen if they fell to him.

You get the feeling he is available too, despite being under contract at Dortmund. If City went all out to sign Haaland, I reckon a deal could happen.

'Put him anywhere in City's system and he'd be immense'

The third man on my City wish-list is not a striker like Mbappe and Haaland, but the way Pep has his team playing, he would be a natural fit.

I've known Jack Grealish since I joined Aston Villa in 2015 and he stood out even then as a teenager, but at 25 he is a much better player now – and he would be perfect for City's system. 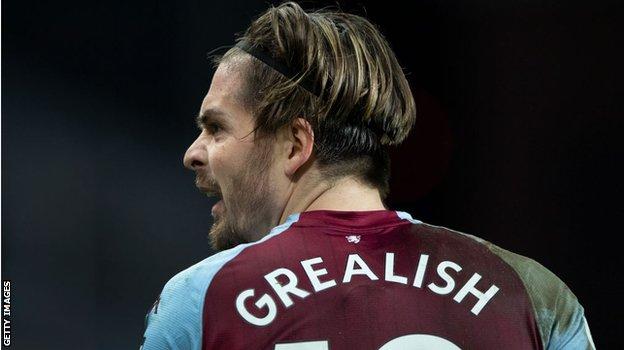 Grealish has scored six goals and made 10 assists in 24 Premier League appearances for Villa this season. He has created 76 chances in total – a chance every 26.59 PL minutes played – only Kevin de Bruyne of Manchester City (26.18) has a better ratio and only Manchester United's Bruno Fernandes (94) and Chelsea's Mason Mount (82) have made more chances

You could put Jack in City's front three on the left, right or as a false nine – or further back in midfield – anywhere, really, and he would be immense.

He was absolutely brilliant for Villa this season before injuries sidelined him but I think he would go to the next level at City.

If they signed him, their fans would soon be thinking 'why didn't we get him earlier?' because he would give them something different, even with the top quality players they already have in those positions.

Phil Foden, for example, is a very special talent but I don't think even he could do quite what Jack has done at Villa in the past few months.

You know Foden can turn quickly with the ball, burst away from players and then look for the pass. It's what makes him so exciting to watch.

But part of the reason he plays so well for City is because of the players he has around him – he always has runners going this way and that, providing him with options and giving him space.

Whereas with Jack at Villa, he always has to make something happen on his own, and often does. He can turn a game on its head with his dribbling as well as his delivery, and he is just top notch in tight spaces.

Foden is exceptional and he is going to be one of the main men for City for years to come but there is room for Jack as well.

Whether they get Mbappe, Haaland or a different striker altogether, I'd still love to see Jack in this City team and the best thing about it is that I can actually see them trying to sign him too.