One year on from the murder of George Floyd, is golf doing enough to encourage diversity and inclusivity within the sport? Henni Koyack has her say on what the world’s top players can do to recognise racial issues 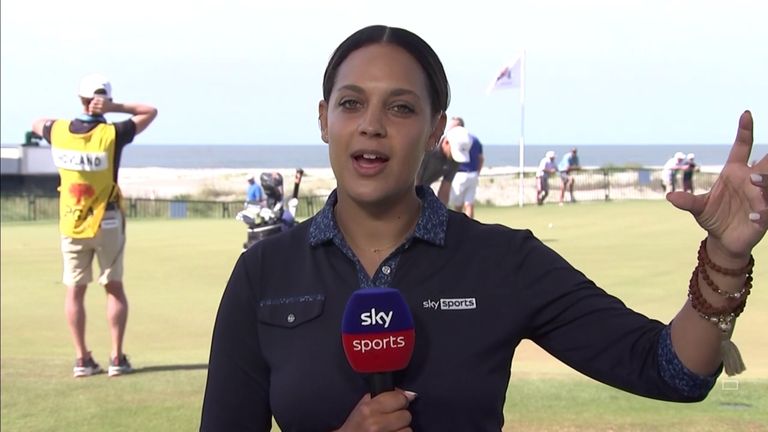 Henni Koyack discusses the work done by golf’s governing bodies to tackle the lack of diversity in the sport, plus looks at what golf and its star names can do to make the game more inclusive

Henni Koyack discusses the work done by golf’s governing bodies to tackle the lack of diversity in golf, plus looks at what the sport and its star names can do to make the game more inclusive.

I’m not going to stand here and sugar coat it and say, ‘yes, the response has been incredible and golf can’t do any more’, because of course golf can do more. We can always do more. I have been somewhat disappointed, in certain instances, about the lack of reaction and the lack of caring.

If you go on social media, any of the comments, on any of the posts that the PGA Tour have done or companies have done, it’s incredibly disheartening, shocking and horrifying. A lot has been done, even the fact that we are talking about this means that companies, corporations, tours – they think that this is important. It’s not just about police brutality, but that was obviously the trigger, because it was so shocking and horrifying for us all to look at racism within our own countries. 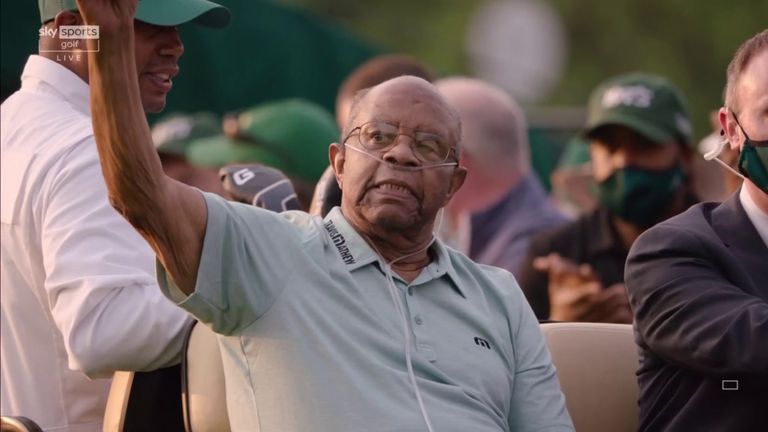 Ahead of the first anniversary of the murder of George Floyd, we look at some of the statements made by the golfing world to try and shine a light on racial inequality within the sport and beyond

The PGA – with a tough history – has done a lot within their own organisations. Maybe some of the statements haven’t been very public, but I know for a fact that I’ve had conversations with all of those corporations and I know that they have been doing the work internally, they have set up a task force. The PGA has had a horrible past with all of this but they are trying to make amends.

They have a PGA works strategy which is where they offer paid internships to minorities to get them included in golf and I know they are very passionate about that, they work hard at it and they make it a priority.

I know there will be people sat at home rolling their eyes, saying why is this relevant to me I just want to watch golf, saying leave politics out of golf. But this isn’t politics. This is humanity. This isn’t going to be solved overnight, it took a long time for us to get into this position, and it will take even longer for us to get out of this position. This is not something that I expect to change immediately, in the next five or 10 years, as much as I would love that. I think there needs to be a three-step solution.

Number one is you have the corporations and companies making it a priority, diversifying their workforce, making statements saying we are inclusive and welcoming of all people. I think for the most part that has been done, but I would like to see in the next five to 10 years some of those initial hires moving up to higher places in those companies and progressing. I would love to see boards, chairmen, CEO’s being more diverse, instead of just those entry-level positions. That’s one facet of it.”

The ones that everyone can do, people day in day out at your golf club, not having those prejudices when you see someone looking different to you, or dressing differently from you. We can all be more welcoming. We can all be more inclusive. Invite people that you wouldn’t necessarily think of, but I think the main thing is let’s not be so judgemental, let’s not pounce on them, let’s be more welcoming and inclusive, because this is a sport that we all love.

We are all here and we are all watching because we love the sport and we think it has a lot of great qualities. If you love something you want to share it and you want to share it with a lot of different people and you want it to be spread far and wide. Let’s make golf clubs more inclusive because I really think that’s where golf dies is at golf clubs. I know a lot of people think ‘not my club’, but I think we can all agree the majority of clubs aren’t very welcoming. 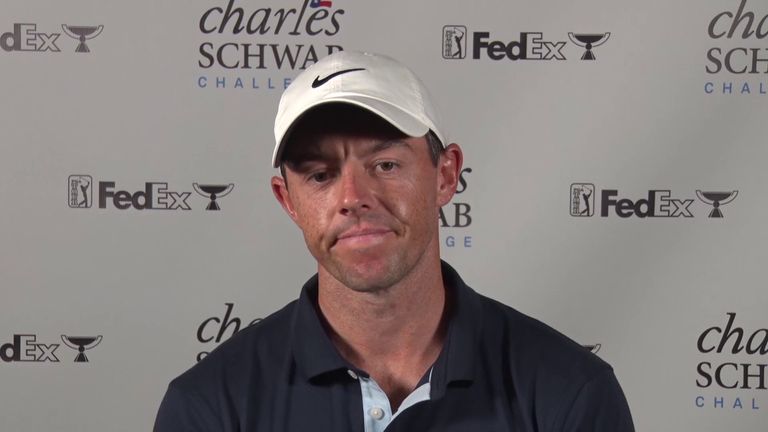 Rory McIlroy said in June 2020 that the PGA Tour’s decision to hold a minute’s silence at 8.46am in memory of George Floyd was a ‘wonderful gesture’, but that he believed golf could do more to tackle discrimination

Finally, let’s get on to the players, because it’s incredibly disappointing. When top players come out and say this is an issue and I believe in inclusivity and diversity, I think that filters down to fans and people at golf clubs to think as these people are the patrons of our game. People like Rory [McIlroy] and DJ [Dustin Johnson], they are the people who sell products and we want to be like them, we want to emulate them and representation matters. I’m not signalling out any names, I’m using those two as examples as faces of the game, that we love.

When you look at responses from football, basketball – women’s basketball here has been phenomenal – American football, you see the players really passionate, really caring about them but that’s because the person standing next to them is most likely not white. In golf, the person standing next to you is most likely white. I think that’s why it hasn’t really filtered through because this issue is not affecting me in my small bubble. 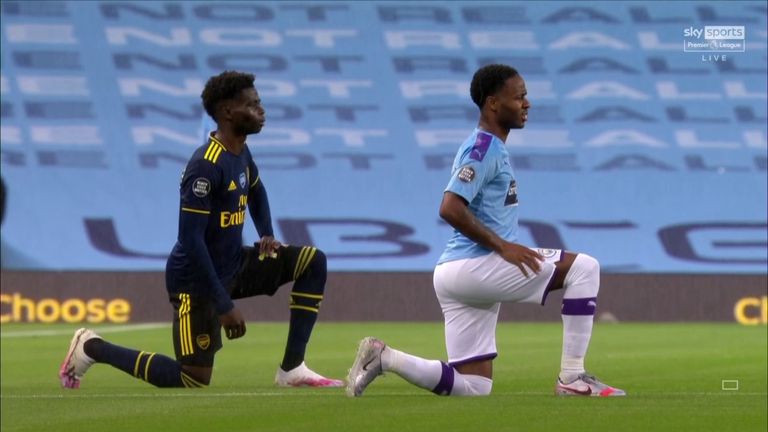 One year after the killing of George Floyd, a host of people from the world of football discuss the action and motivations for taking a knee.

This is a human problem and representation really does matter. If you see someone doing something, or see someone speaking up for something, then you feel more important. You feel welcome there in that space. That has been incredibly disappointing for me. I know Cameron Champ has spoken out somewhat, but I would like to see more and I think the more the Tour speak about it, the more the players will feel empowered to speak about it. 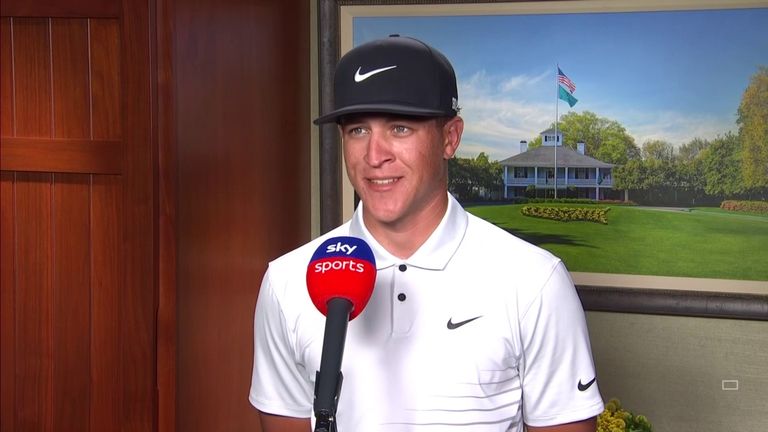 A lot of that work comes down to golf clubs as that is where the game is, I know here on the Tour that this is the patron of the game, the forefront of the game, what we see and emulate but the real sport is day in day out those people that go out for their nine holes after work, go out on the weekends. That’s really the core of golf and that really is the least welcoming part of golf.