Australian Matt Jones coasts to five-shot win at the Honda Classic, his second PGA Tour title, after Aaron Wise crashed out of contention early on the back nine at PGA National 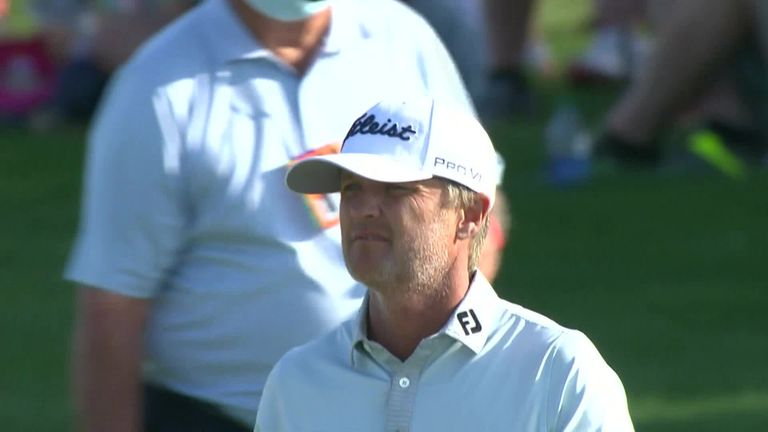 The best shots and key moments from the final day at PGA National in Palm Beach Gardens, where Matt Jones cruised to his second PGA Tour title, almost seven years after his first win

Matt Jones enjoyed a back-nine procession to the Honda Classic title as he cruised to a five-shot victory at PGA National in Florida.

Jones’ task was made easier by another blow-up from Aaron Wise, who pulled within a shot of the leader at the turn only to ruin most of his good work in a four-birdie outward half when he ran up a triple-bogey seven at the 10th, taking four putts from inside 30 feet.

And with none of his closest overnight rivals able to sustain their challenges, Jones avoided any big numbers on the inward run, mixing three birdies with a pair of bogeys in a composed 68 for a winning score of 12 under par.

The Australian, three ahead after the third round, made his intentions clear early on Sunday as he birdied two of the first three holes, while Wise reeled off three straight birdies before both bogeyed the short seventh.

Wise responded immediately with a 15-foot putt for birdie at the next which got him to 10 under, just one behind the leader, but the young American contributed to his own downfall for the second day running. 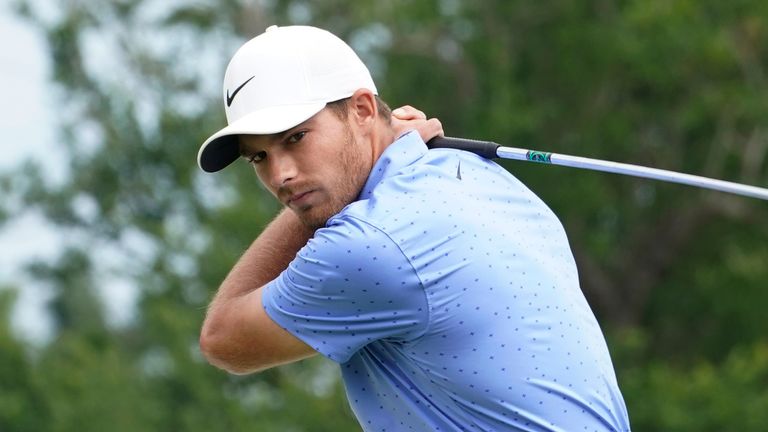 The 24-year-old led by six shots early on in his third round before five bogeys in eight holes on the back nine left him three behind Jones overnight, and Wise’s confidence with the putter looked non-existent on the 10th green as he missed twice from inside four feet.

With Wise out of the equation, Jones let his focus lapse on the 11th green when he missed a three-footer for par, but he atoned with excellent putts for birdies on each of the next two holes before three-putting from long range at the 14th.

Jones negotiated the Bear Trap in one under par when he parred the two dangerous par-threes either side of his fifth birdie of the day at the 16th, and a cast-iron par at the last completed a 68 and clinched his second PGA Tour title, almost seven years after his first. 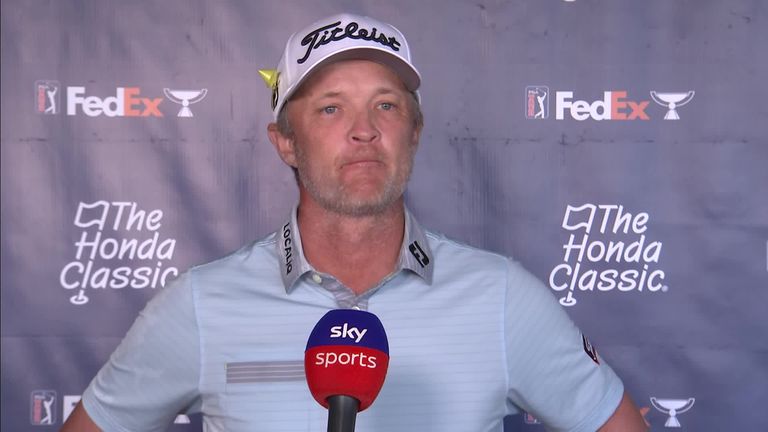 “That’s the best I’ve hit it from tee to green for, ever,” said an emotional Jones afterwards. “And to be able to do it on this golf course is amazing. I mean, you have to do it out here to have a chance and I did it.

“I played great. Daniel Berger said it right when he said winning a golf tournament is like having a heart attack every hole. I think that heart attack was out there from my very first tee shot, but I just managed it. I was pretty calm all day and I would say I just played well. It didn’t turn anywhere, I just managed the golf course.

“I mean it’s been seven years, it’s been a tough seven years, I’ve had ups and I’ve had downs, as all golfers have, but, I mean, it gets me into a lot of big tournaments now and as I said earlier, I can go prep for Augusta, which is nice. Last time I had a four days to prepare and it was a bit tough, so I’m looking forward to it.” The race for second was won by Brandon Hagy, who made a late dash to PGA National on Tuesday after finding out he had been added to the field as the sixth alternate following the withdrawal of Kramer Hickok.

And it was worth making the trip for Hagy, whose birdie, birdie finish capped a brilliant closing 66 which secured outright second on seven under par and the largest pay day of his career, earning a cool $763,000.

Chase Seiffert (64), Brendan Steele (65), Denny McCarthy (67) and Russell Henley (68) tied for third on six under, while Wise ensured his cheque would be substantially reduced when he double-bogeyed 16 after carving his approach into water, and he made another six at the last to slip out of the top 10.

Wise finished on four under par, two better than fan favourite Phil Mickelson, while Open champion Shane Lowry stumbled to a 74 to slip out of the top 30, while JB Holmes – playing in the final group with Jones – needed to par the last just to break 80 as he crashed to two over par.