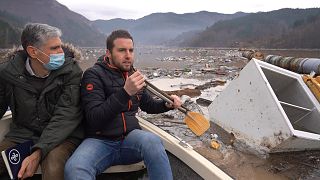 Once this was a river. Now it’s a floating landfill site.

During the wet season, rubbish is washed away from illegal dump sites along the Drina river in Bosnia & Herzegovina, and into its tributaries in Serbia and Montenegro.

The drifting waste is eventually stopped by a fragile-built floating barrier near the town of Visegrád.

“This pollution has a huge impact on the local biodiversity,” said Furtula. “Microplastics are absorbed by the same fish that we also eat. We lack operational recycling infrastructures. Once collected this garbage is simply burnt at the municipality’s disposal facility and then residents are forced to breathe the gases emitted by the burning process.”

We went back to the same spot after heavy rain overnight. The unreliable floating barrier had collapsed for the second time since January. Garbage continued to freely drift downstream.

“This is a refrigerator or something like that. Yesterday there were six or seven refrigerators in the water,” explained Furtula on a boat. “You can see the cable has broken, now there is only one refrigerator. The others must have drifted downstream, towards the hydropower plant facility down there. Every year we are facing the same problem with this floating waste.” 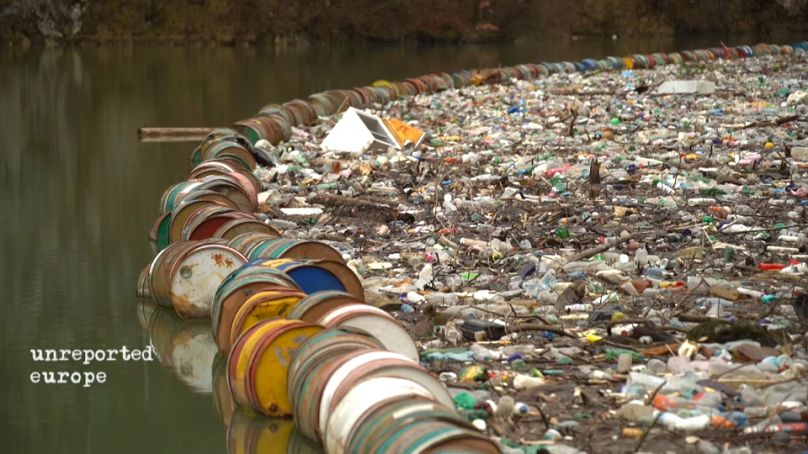 A second barrier was installed two kilometers downstream to prevent the rubbish from slowing down operations at the local hydroelectric dam.

Every year, between 6,000 and 8,000 cubic meters of floating waste are collected here.

“The volume is such that we were forced to open a brand-new unit for cleaning up operations that work together with our own construction department,” said Darko Frganja, Head of Environmental Protection Department, He Na Drini Hydroelectric Dam, “These operations cost us, depending on the year, between €25,000 and €100,000 annually.”

Environmentalists condemn the waterways being contaminated for the last 25 years. The three countries which border the river are concerned but blame each other.

“We know that last year there was a meeting here in Višegrad with Ministers for Ecology from Montenegro, Serbia and Bosnia, and Herzegovina. But nothing happened,” explained Furtula. “Almost 2 years have passed, and here we are faced with the same problem. I think they should be more aware of our health and for the people who live here.” 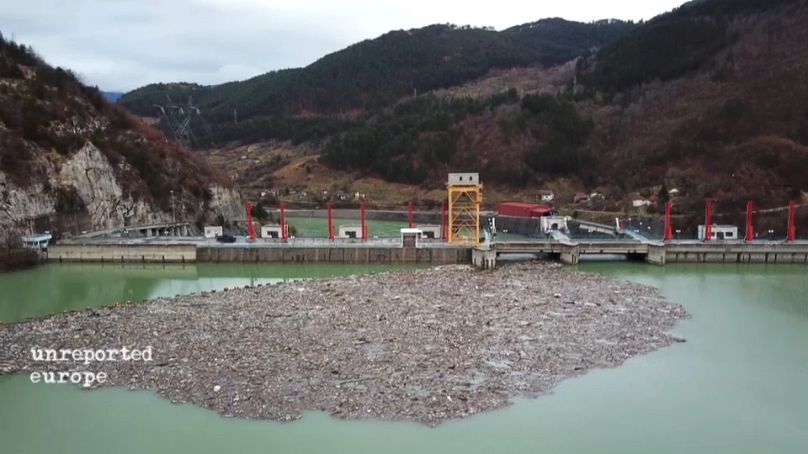 We took this message to the government of Republika Srpska, one of the two political entities of Bosnia & Herzegovina.

When we show our footage of the river packed in plastic and waste, the Assistant Minister for Ecology blamed the impasse on inefficient regional cooperation.

Asked why the country itself is not already implementing the European environmental legislation adopted so far, she points out a lack of resources.

“According to some estimates, only 60-70% of our territory is properly equipped with infrastructures to responsibly handle this plastic rubbish. We do indeed need to increase the coverage of organized garbage collection in Bosnia and Herzegovina.” 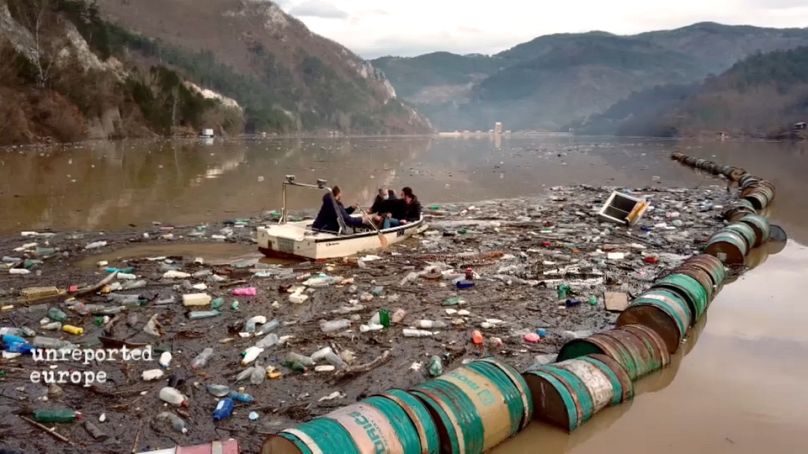 This pollution problem is equally criticised across the border in Serbia.

On the Lim river, one of the Drina river´s main tributaries upstream, we met environmental activist Siniša Laković. He usually organizes rafting activities on these waters. But lately, he´s been busier cleaning them up.

“This is indeed a regional problem,” said Siniša Laković, Environmental Activist, Rafting Klub Jastreb. “We found good proof of it among the 12,000 cubic meters of floating litter we recently cleaned up here. We recovered this ball which had the logo of the Montenegro Football Federation and the signatures of their National team players. If it hadn’t been stopped, this ball would have drifted from Montenegro to here in the Lim river in Serbia and further away to the Drina river in Bosnia, then to the Seva river and it could have even ended up in the Danube in Belgrade.”

15 kilometers upstream, Laković takes us to the very source of this environmental catastrophe. It’s the largest illegal landfill around. But it’s not the only one.

Local NGOs estimate there are 5 municipalities in Montenegro, 2 in Serbia, and 1 in Bosnia and Herzegovina which have illegal dump sites along the Lim river.

“I think penalties would give results,” added Laković. “If everybody who actually throws refuse away were punished and fined, that would help raise awareness and educate people about the issue. People would understand that we are doing this not just for ourselves, but also for the future of our children and grandchildren”. 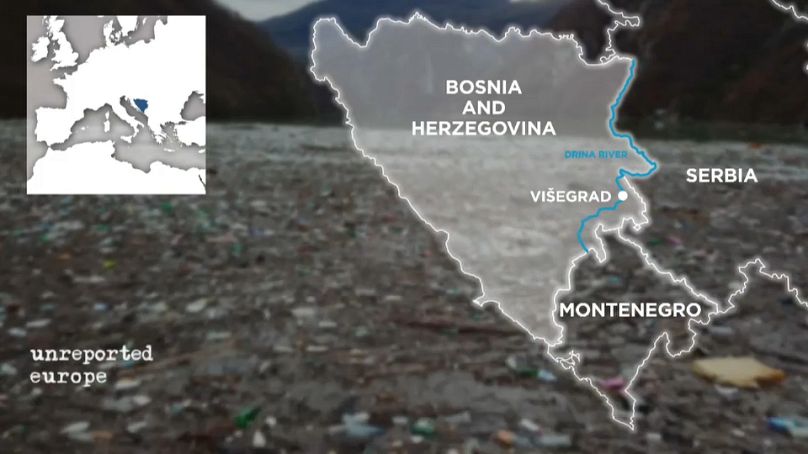 In Belgrade, we met the Serbian Minister for Environmental Protection.

She acknowledged it’s urgent to control illegal landfills and promised to speed up their cleaning operations while asking for more time to find lasting solutions.

“What is important for Serbia is that this year we will start planning for waste recycling centers in eight regions in the country,” said Irena Vujović, Minister of Environmental Protection, Republic of Serbia. “Funding from loans has already been provided, and documentation is being intensively prepared.” 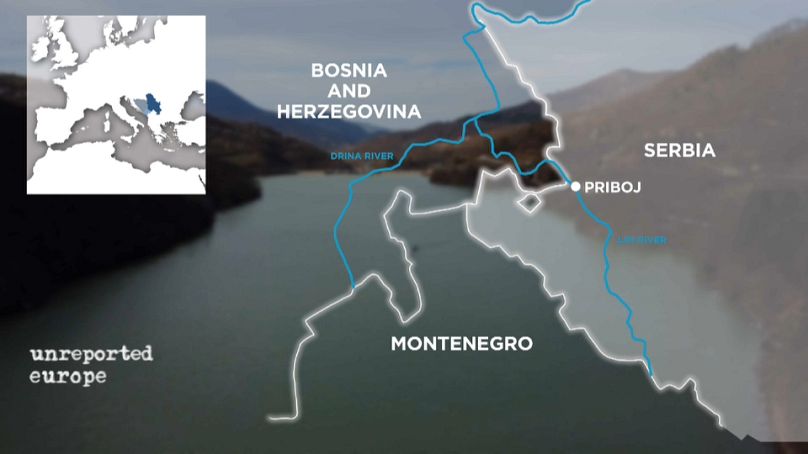 While waiting for effective solutions to take hold, residents see themselves trapped by an endless multilateral deadlock.

As a child, Edita Slatina often visited the Lim river for leisure weekends with her parents. Now, the 28-year-old finance advisor says it pains her to take her son there.

“I would like this place to be memorable for my son also. I would like him to be able to come here on weekends. To swim here. To catch fish with his grandfather. We would like to make this possible. We need a solution as soon as possible”. 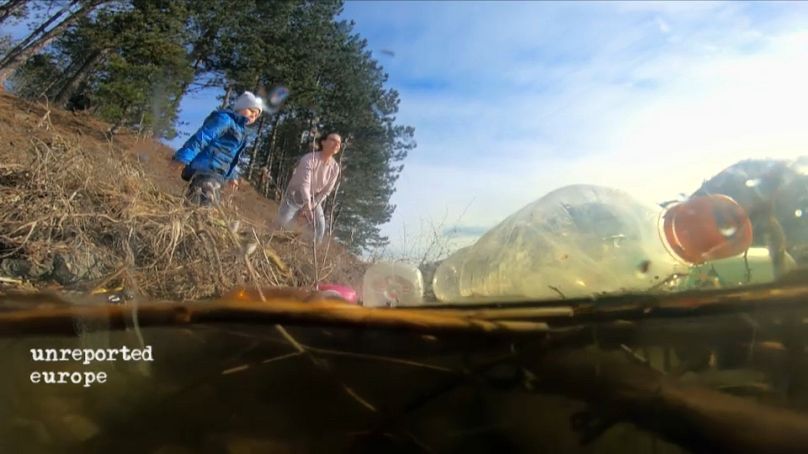 Edita Slatina and her son play by the polluted Lim river, Serbia© Euronews