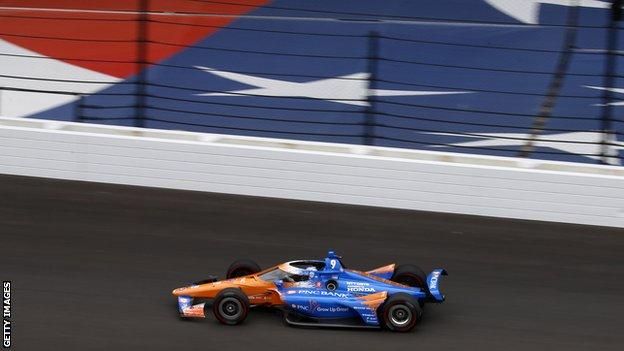 New Zealand's Scott Dixon has secured pole position for next week's Indianapolis 500 for the fourth time in his career.

The six-time IndyCar champion produced a four-lap average speed of 231mph on the iconic 2.5-mile oval to ensure he starts at the front of the grid.

Dixon, who last year started on the front row and finished second, won from pole position in 2008.

Colton Herta will start in second with Rinus VeeKay third on 30 May.

This year's Indianapolis 500 is set to be the most-attended sporting event since the start of the Covid-19 outbreak as 135,000 fans will be allowed inside the Indianapolis Motor Speedway venue.

The Indy 500 is regarded the most prestigious American open-wheel race.

Traditionally staged each US Memorial Day weekend, last year's race was postponed until August and held without fans because of the pandemic.