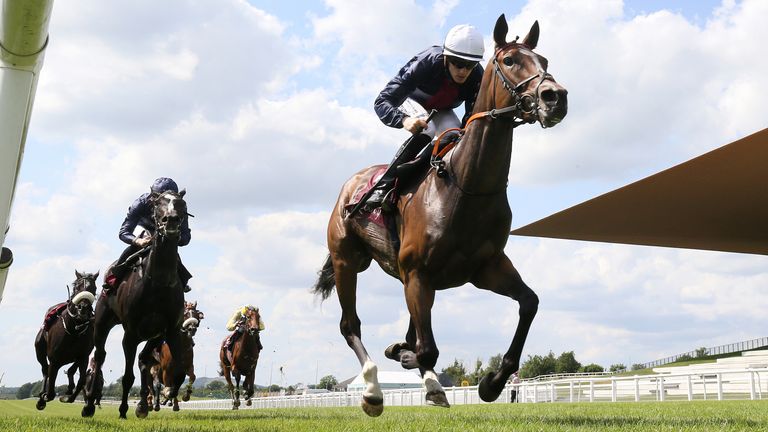 Insinuendo claimed Group Two honours for Willie McCreery and Billy Lee in the Kilboy Estate Stakes at the Curragh.

Already a winner at Group Three level having landed the Blue Wind Stakes at Naas in early May, the daughter of Gleneagles was last seen finishing fourth in the Group One Pretty Polly Stakes three weeks ago.

Dropping back down in class, Insinuendo was the 11-8 favourite to get back on the winning trail and mowed down April Showers late to prevail by a length and three-quarters.

McCreery said: “This was always the plan after she won her Group Three. She’s a lovely filly and she did that well.

“She’s in the Matron (at Leopardstown) and we might travel with her as well.

“Billy said she moved beautifully on the ground. He said it was a little bit quick coming down the hill, but other than that it was perfect.

“He said she travelled lovely through the race and always thought he was going to get to them. She just idled a bit when she hit the front.

“I wanted to give her time and Michael (Deegan, owner) has been very patient. It’s one of the first horses that he’s had with me so I’m delighted for him.”