Royal Challengers Bangalore beat Delhi Capitals by one run in a thrilling match in Ahmedabad to return to the top of the IPL table; AB de Villiers smashed 75no from 42 balls for RCB; Shimron Hetmyer’s 23-ball fifty came in vain for Delhi 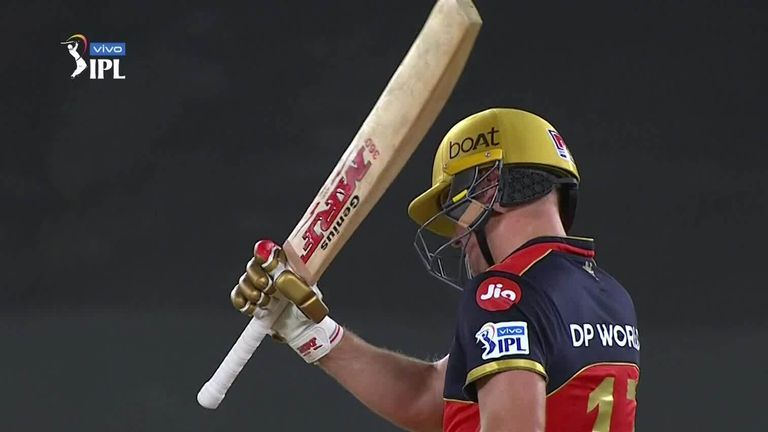 AB de Villiers scored a superb unbeaten 75 from 42 balls as Royal Challengers Bangalore returned to the top of the Indian Premier League table with a thrilling one-run win over Delhi Capitals.

The South African batsman struck five sixes, including three in the final over of the innings, to lift his side to 171-5 in Ahmedabad.

That looked to be more than enough when Delhi slipped to 92-4 in the 13th over of the chase, only from Shimron Hetmyer (53no from 25 balls) to blitz a 23-ball fifty to bring the Capitals right back into contention.

However, with 14 needed, the West Indian left-hander faced only one ball of Mohammed Siraj’s superb last over and although Rishabh Pant (58no from 48), who struggled to find his usual timing through his innings, hit the last two balls for four, Delhi came up just short and missed the chance to go top.

RCB were asked to bat first after losing the toss and made a strong start, only to lose captain Virat Kohli and in-form opener Devdutt Padikkal in the space of two balls; Kohli (12 from 11) chopping on off Avesh Khan (1-24) and Padikkal (17 from 14) castled by Ishant Sharma (1-26) with the first ball of the next over.

After Glenn Maxwell (25 from 20) and Rajat Patidar (31 from 22) fell just as they were getting going, it was left to De Villiers, who passed 5,000 IPL runs during his knock, to make sure the innings finished with a bang. He did not disappoint.

Delhi did a reasonable job of limiting the damage he was able to do but a miscalculation from skipper Pant meant that Marcus Stoinis was left to bowl the 20th over, having not bowled previously in the innings.

De Villiers took full advantage, first thumping a six down the ground before back-to-back maximums – pulled over fine leg and smeared over cover – added to Delhi’s pain, although the scampered two from the last ball proved just as costly.

The Capitals reply got off to an inauspicious start as Shikhar Dhawan (6) and Steve Smith (4) fell early before opener Prithvi Shaw (21 from 18) departed in the eighth over to leave them 47-3.

Pant and Stoinis (22 from 17) added 45 for the fourth wicket but neither were scoring freely and when the Australian edged behind off Harshal Patel (2-37), Delhi’s hopes seemed to be over.

Instead, Hetmyer came in and after scoring just three from his first five balls, he breathed life into the Capitals innings with a six and a four off Siraj in the 15th over.

Even then, RCB were in control of the came but by the end of an 18th over in which Hetmyer carted Kyle Jamieson for three big sixes over the legside, it was back in the balance with 25 runs needed from 12 balls. 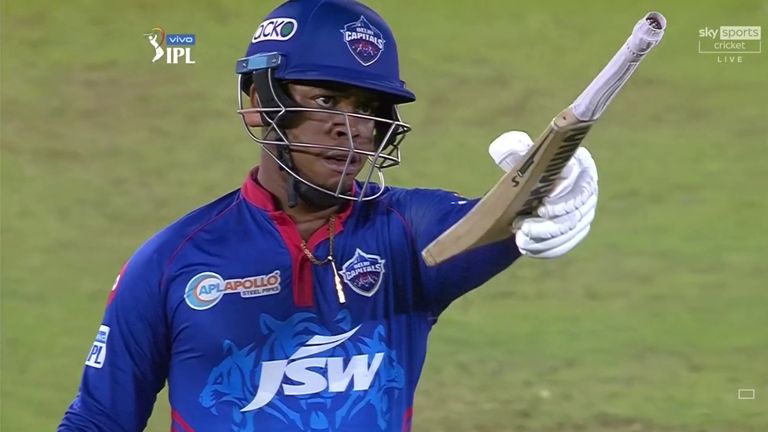 That was whittled down to 14 from the last with Pant, who had ground his way to 47 from 43 balls, on strike. Siraj (1-44) nailed his first three balls, allowing only two singles, to make it 12 from three balls.

Pant brought his fifty with two from the fourth ball meaning a six would be needed from at least one of the last two balls and although he kept the game alive with a four from the penultimate ball, he was unable to muster the six needed from the last and RCB were able to celebrate their fifth win in sixes games.