Delhi score eight runs needed in Super Over to claim fourth win; Sunrisers captain David Warner fails to get bat over the line as team make only seven in Super Over and don’t utilise Jonny Bairstow; Kane Williamson’s superb half-century comes in vain 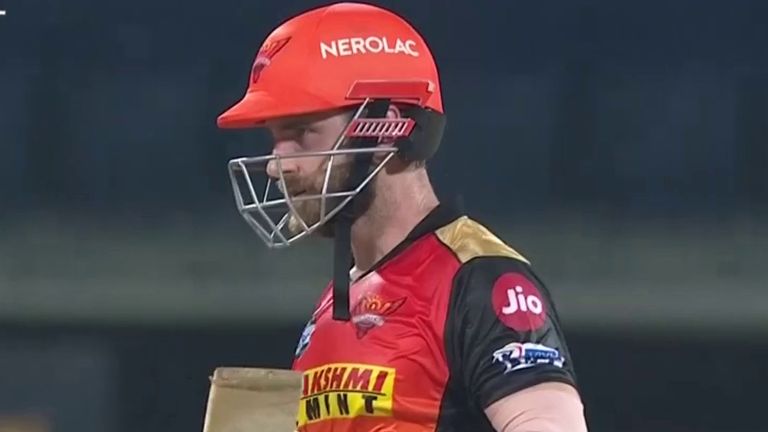 Delhi Capitals saw off Sunrisers Hyderabad with the last ball of an IPL Super Over as they edged a nail-biting tussle in Chennai – with David Warner left ruing failing to get his bat over the line and, perhaps, not deploying Jonny Bairstow.

Kane Williamson struck 66 not out as Sunrisers replied to Delhi’s 159-4 with 159-7 – Williamson’s team scoring 15 from their final over, helped by Jagadeesha Suchith’s monster six off Kagiso Rabada.

Sunrisers skipper Warner – run out for six in normal time – strode out with Williamson for his side’s Super Over, surprising considering in-form Bairstow had earlier blasted 38 from 18 balls, including four sixes.

Warner’s failure to drag his bat over the line after whipping Axar Patel’s final delivery to midwicket meant Sunrisers were deducted a run and had to settle for a total of seven, not eight.

The Australian’s slackness came back to haunt him as Delhi completed victory with a leg bye off Rashid Khan’s final ball to inflict Sunrisers’ fourth defeat in five matches this season.

Delhi, in contrast, have now won four from five and are only kept off top spot in the standings by Chennai Super Kings due to net run-rate.

Prithvi Shaw’s 53 from 39 balls and contributions from Orange Cap holder Shikhar Dhawan (28), Rishabh Pant (37) and Steve Smith (34no) had earlier lifted Capitals just shy of 160 after they elected to bat. 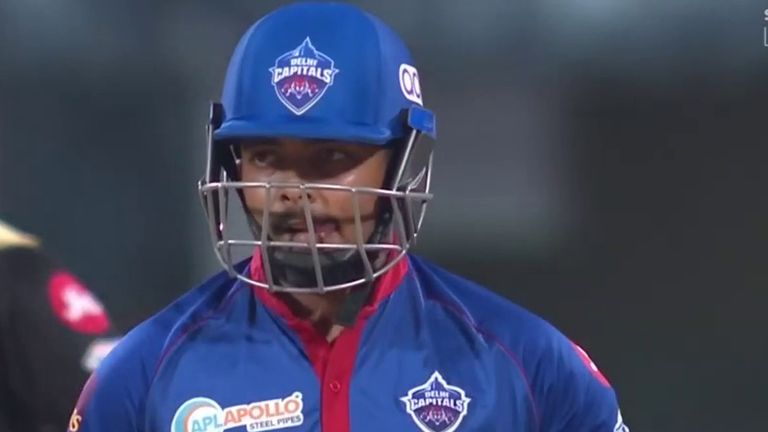 Shaw and Dhawan put on 81 for Delhi’s first wicket, before Pant and Smith shared a 56-run stand for their third, with Sunrisers counting the cost of a trio of dropped catches.

Warner’s men should have snapped the opening stand on 26 only for Kedar Jadhav to spill Dhawan on five at midwicket off seamer Siddarth Kaul.

Pant was dropped on 20 by Khaleel Ahmed at short fine leg, with Smith spilled on 14 by Kaul at short third man. 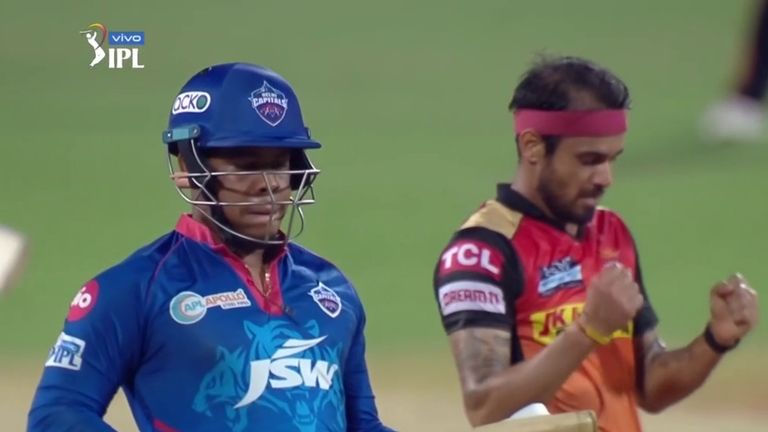 Kaul (2-31) atoned in the 18th over, having Pant and Shimron Hetmyer (1) caught in the deep and conceding only two runs, but the expensive Khaleel (0-42) – who had been blasted for three successive fours by Shaw in the first over – was crunched for a six and a four by Smith in a 14-run final over.

Bairstow then tucked into the Delhi attack after successfully overturning a caught-behind dismissal off Ravichandran Ashwin and then being dropped in the deep by Hetmyer while on one. 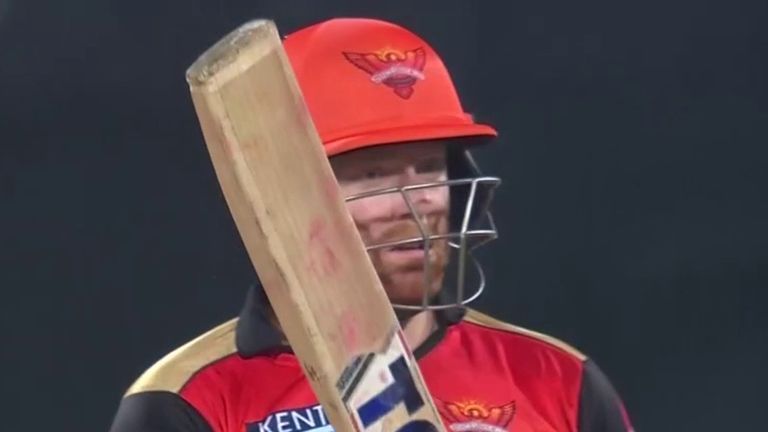 Jonny Bairstow is the fourth fastest man to 1,000 IPL runs

The Englishman – who became the fourth-fastest man to 1,000 IPL runs, achieving the milestone in his 26th inning – was looking on course for his second fifty in a row and third of the campaign.

But, one ball after nailing his fourth six, he slapped Avesh Khan (3-34) to Dhawan at mid-on and joined captain Warner back in the dugout.

Williamson kept Sunrisers afloat in the chase as players around him fell for single-figure scores – Axar, playing his first game of the season after coronavirus quarantine, pinning Abishek Sharma (5) and Rashid (0) lbw from successive deliveries en route to figures of 2-26.

Sunrisers took the game into overtime, thanks massively to Suchith (14no off 6), who smashed two fours in Avesh’s penultimate over when the requirement had been 24 from nine balls and then that huge maximum off South African seamer Rabada in the last. 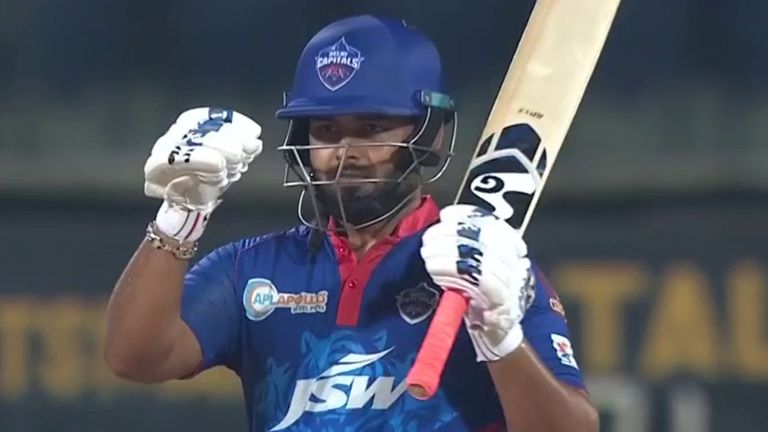 Rishabh Pant steered Delhi Capitals to victory in the Super Over

Delhi then appeared favourites after being set only eight to win – Bairstow’s omission from Sunrisers’ Super Over becoming even more questionable at that point – and Capitals did go on to triumph.

Pant’s reverse-swept four third ball took some of the pressure off and after a dot ball next up, Delhi completed a thrilling win with successive leg byes.