Pat Cummins, who is playing for Kolkata Knight Riders, donated $50,000 towards medical supplies in India earlier this week; India reported a record number of cases and deaths in the last 24 hours as the IPL continues in a bio-secure bubble and without spectators 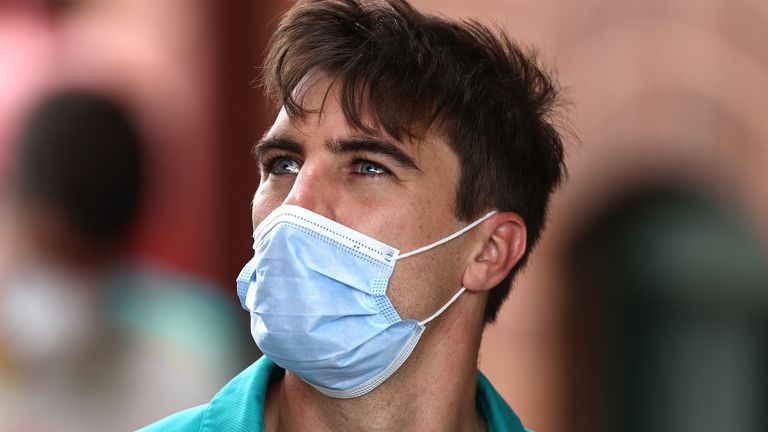 Pat Cummins plays for Kolkata Knight Riders in the IPL

Cummins, who is playing for Kolkata Knight Riders, donated $50,000 to go towards medical supplies in India earlier this week as the IPL continues in a bio-secure bubble and without spectators.

On Thursday, India reported another record number of cases and deaths in the last 24 hours, with 379,257 new cases and 3,645 new deaths.

“We are doing everything we can to make sure we don’t take any resources out of the frontline,” Cummins told WION news channel.

“There’s an aspect that us playing every night for three or four hours hopefully contributes to making people stay at home more, or at least… can help them get through each day.

“I don’t think ending the IPL is the answer.”

Adam Zampa was one of three Australian cricketers to cut short their IPL stints this week, while India off-spinner Ravichandran Ashwin also said he is taking a break to support his family.

The regular IPL season ends on May 23, with playoffs to follow before the final on May 30.

Players and owners of IPL side Rajasthan Royals have combined to raise over £700,000 to offer support to people impacted by the surge of cases in India.

A statement said: “Having the team owners and its players come together has enabled the initiative to reach the scale it has, providing aid to tackle the current crisis and help people get the single most pressing necessity at this time – oxygen.”