Chennai Super Kings end Royal Challengers Bangalore’s perfect start to IPL 2021 with a crushing 69-run win to go top of the table after Ravindra Jadeja smashed 62no from 28 balls, took 3-13 and added a run out with a direct hit in an incredible all-round display 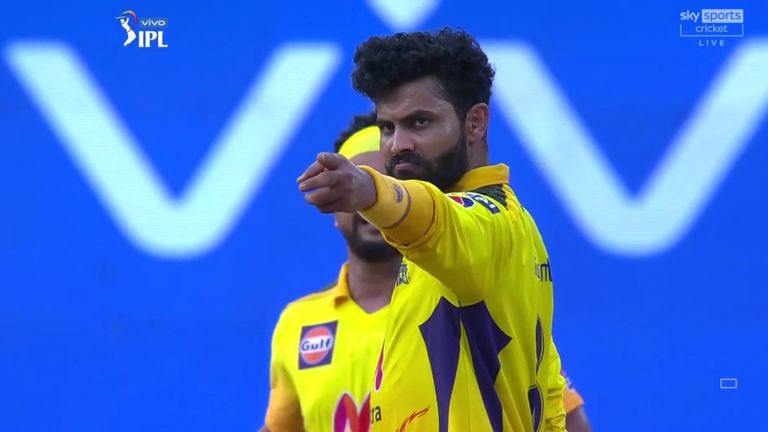 Ravindra Jadeja starred with bat, ball and in the field as Chennai Super Kings beat RCB to go top of the IPL

Having been dropped on nought, the CSK all-rounder proceeded to blitz an unbeaten 62 from just 28 balls, including five sixes – four in a row – in a remarkable last over from Harshal Patel that cost 37 runs as Chennai posted 191-4.

That was just the start though as he took 3-13 with his left-arm spin, bowling two of RCB’s most dangerous batsmen, Glenn Maxwell and AB de Villiers, either side of running out Dan Christian with a direct hit in one of the most dominant all-round T20 efforts in recent times.

RCB eventually limped to 122-9 as they suffered their first defeat of the campaign – after starting with four straight wins – to lose their spot at the top of the standings to Chennai on net run-rate.