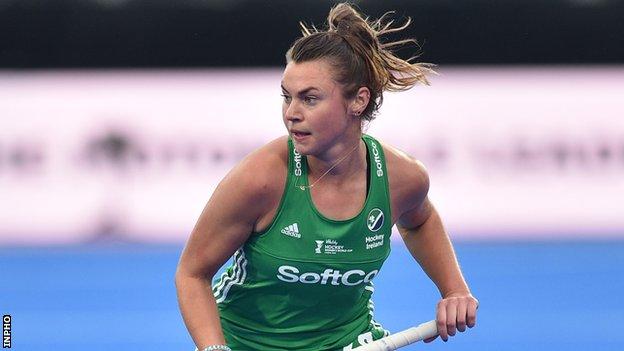 Deirdre Duke was on target twice as Ireland earned a 4-1 victory over Spain in the opening game of a five-match series in Murcia.

Covid-19 meant the 2018 World Cup silver medallists have not played any games since last January.

The sides will meet again on Tuesday, Wednesday, Friday and Sunday.

Spain are seventh in the world rankings – one place ahead of Ireland.

Last month, Ireland coach Sean Dancer announced a panel of 23 players from which the 16-strong Olympic squad will be selected later in the year.

Ards' uncapped Zara Malseed and Beth Barr, who was part of the squad that dramatically beat Canada in November 2019 to clinch qualification for the Games in Tokyo, were also included.

It is a huge year for the Irish women who, before the Olympics, have the European Championships in Amsterdam in June.

That competition now doubles up as the only qualification event for the 2022 World Cup, which will be hosted jointly by the Netherlands and Spain, with the top six countries from the continental championship qualifying for the World Cup.