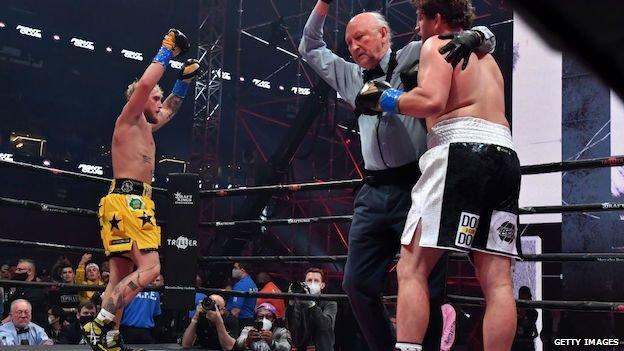 Snoop Dogg, Justin Bieber, a ringwalk with a robot – if ever there was a fight where the boxing was second to the spectacle, this was it.

Jake Paul versus Ben Askren, a YouTube star versus a former UFC fighter. A much-hyped circus that, in the end, lasted just one minute and 59 seconds.

Not that he'd had the greatest of tests beforehand. In a boxing career that now stretches to three professional bouts unbeaten, his previous opponents had been fellow YouTuber Ali Eson Gib and former NBA player Nate Robinson.

Askren – a superb wrestler but not noted for his striking ability in his MMA days – was supposed to pose the first major challenge to Paul's boxing abilities. But a right-hander flush to the face put paid to that, sending Askren sprawling to the canvas, and although he wobbled back to his feet, the referee would not allow him to continue.

"It's been four months. I've been in training camp every day," said Paul. "This is the craziest moment of my life.

"I told y'all I was going to do it in the first round. I told y'all I'm a real fighter. I don't know how many times I've got to prove myself this is for real."

In addition to Beiber and Snoop, performances from the Black Keys, Ice Cube and Doja Cat got more airtime than the actual fight. Comedian Pete Davidson was a roving reporter and arguably stole the show himself.

Snoop also tried his hand at commentary. "Get me my money, Jake," he repeated as Paul landed his final blow, before calling out UFC president Dana White for the $2m winnings he said he was owed on a bet.

Askren later said the fight would be his last, prompting Paul to ask his millions of Twitter followers: "Who should I retire next?"

Love Island star Tommy Fury – a professional boxer and brother of world champion Tyson – was already trending on Twitter as a potential suitor, while Logan Paul, Jake's brother, had flagged up the KO to Floyd Mayweather. Before the fight, Paul had said a boxing match-up with UFC star Conor McGregor was "a lot closer than anyone thinks".

Paul dedicated the win to his security guard, who died 10 days before the fight. He said it had been "the hardest 10 days of my life".

Earlier in the week, Paul denied accusations of sexual assault by TikTok star Justine Paradise, who alleged that he forced her to perform a sex act on him and touched her without her consent at his home in Los Angeles in 2019. 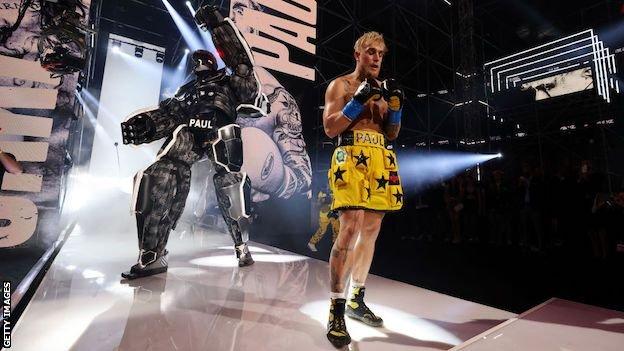 Jake Paul on his ringwalk 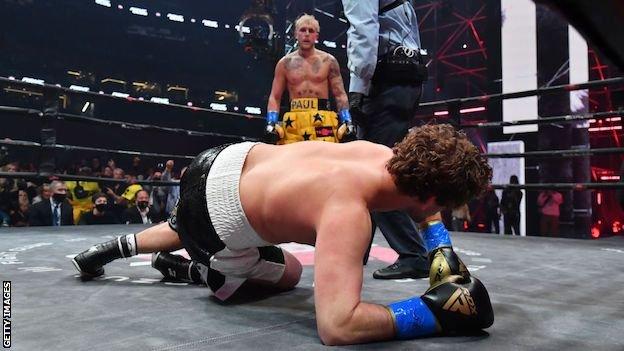 Jake Paul looks down on Ben Askren following his knockout 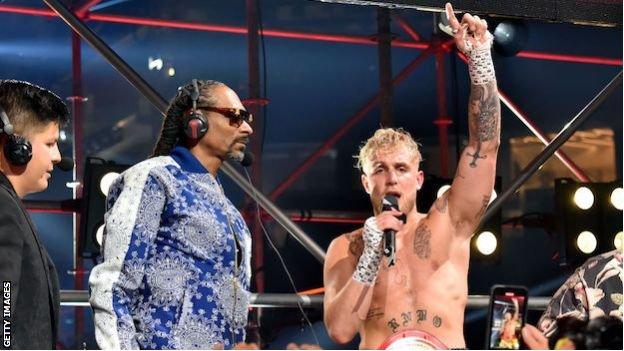 Saul ‘Canelo’ Alvarez: What did we learn from BBC One documentary?