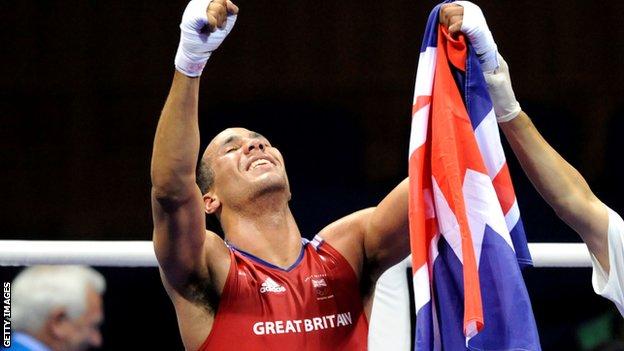 Former super-middleweight world champion James DeGale has appealed for help after having his Beijing 2008 Olympic gold medal and MBE stolen.

They were taken from his parents' house during the Euro 2020 final.

He posted a video on Instagram which he said was CCTV footage of a man dressed in black approaching his parents' door.

"They are worthless to anyone other than me and they are two achievements that I prize from my boxing career," DeGale, 35, said.

"I am gutted and need my medals back. Can anyone help by reporting any information you have. Please share far and wide," he added.

DeGale was appointed an MBE in 2009 after winning Britain's only boxing gold medal of the Games the previous year.

He became the first British boxer in history to win both an Olympic gold medal and a professional world title after landing the IBF super-middleweight crown in April 2015. He retired in 2019.

The Legend of '81: The incredible account of Ian Botham going from zero to hero, twiceCrouchy's Year-Late Euros: Relive all the series best bits featuring big guests and player access
Source