In his latest column for BBC Sport, Jamie Murray talks about narrowly missing out on another Australian Open final, the uncertainty of what happens next for tennis and using video technology to help make a "big change" to his game.

After losing in the Australian Open semi-finals on Friday, I flew back to London at the weekend and now I'm spending a couple of weeks at home with my wife.

You can't avoid a bit of jetlag and I was up early this morning as my body adjusts back to British time. I'm used to it now after years travelling the world on the tour and I just have to deal with it.

I did a Covid test when I got back and it produced a negative result. That means I'm allowed to train at the National Tennis Centre, although I have to do a lateral flow test every four days. Other than that, I will be quarantining at home.

Clearly there is still a lot of uncertainty about what will happen over the coming months because of the pandemic.

Obviously a lot of people across the world are having a hard time and we want things to ease for us all as soon as possible.

Speaking from a tennis perspective, we don't know yet what the next few months will look like.

As far as I'm aware the tournaments on the calendar are going ahead as planned, but whether that is with crowds, limited crowds or no crowds, we don't know. Every country is different.

My partner Bruno Soares is back in Brazil at the moment and spending time with his family too. We're not totally sure what our plans are, but we are looking at playing in Acapulco and Miami assuming they go ahead next month as planned. 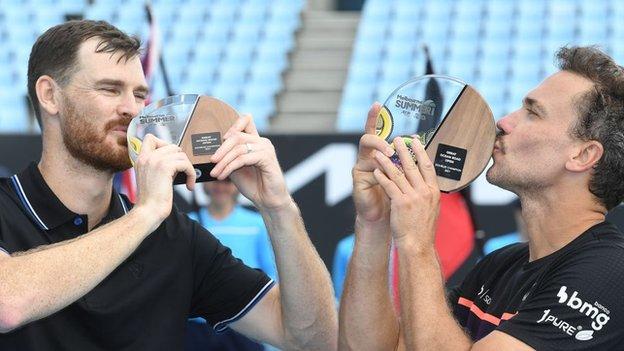 We should have exemptions through the ATP to travel and compete. For the players, there is the added stress of trying to get flights, not knowing if you are going to test positive on arrival and then having long periods sitting in your room in quarantine.

It's not a great set-up for your mental health. It is a strange time and I don't know how long it will keep going like this.

Novak Djokovic floated the idea about an NBA-style bubble recently. In an ideal world, the tour would move to one country for six or seven weeks and have a host of tournaments.

However, in reality, that's obviously very difficult because the tour doesn't run the tournaments.

Hopefully the world can get vaccinated, and we can get back to competing in a normal world with people free to come and watch us play.

But it stills feels as if we are a way off from that happening.

How an iPad & video analysis contributed to Melbourne success

Losing in the Australian Open semi-final was a tough one to take.

We started really well against Joe Salisbury and Rajeev Ram – who were the defending champions – and we were a bit unlucky, a few things went against us that got them back into the match.

That gave them something to hold onto and some momentum. It was an odd one really and very disappointing to not reach the final.

Bruno and I had played well in Australia up to that point and we felt we had a great chance to go on and win another Grand Slam title.

Nevertheless it was a fantastic start to the year. We won our first eight matches of 2021 – having won one of the warm-up events and then reaching the Australian Open semi-finals – so we have a lot to look forward to for the rest of the year.

I wouldn't say it was a surprise as such that it has gone so well, we had the benefit of having played together before and put in a lot of work.

For me personally, I worked really hard on my serve in the off-season and I was very pleased with how that went.

That part of my game was the biggest limiting factor for me over the previous 18 months or so, and I wanted to give myself a good base from which to start the year on.

I made some big changes. I'm no longer tossing the ball up and taking a big step into the serve. 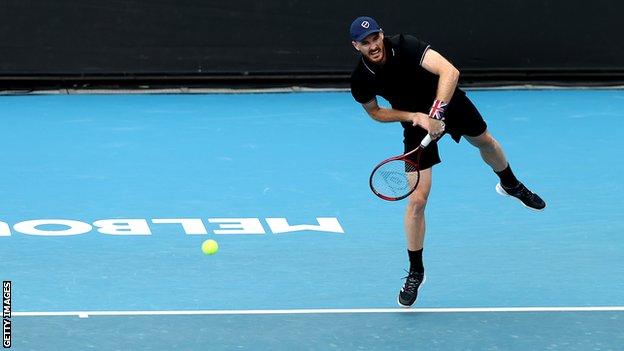 The reason why I have tweaked it is to get myself into position where I could get up and attack the ball, landing inside the court to allow me to move forward quicker and play my first volley.

It is something I had struggled with over the past couple of seasons. I was aware of it but hadn't been able to fix it.

As soon as we finished last season, I thought I had to get on top of this and tried to start making the changes, knowing I had the time to work on it.

Even a very small change feels massive and weird. It is all muscle memory because your body is used to doing it for a certain way for so many years.

I have done a lot of video analysis, using an iPad on the court to give instant feedback. This captures the serves and you can see straight away the motion and the technical changes I was trying to make.

Once I got out to Australia I was still filming a bit but mainly watching other people's serves, their set-ups and positions from where they hit the ball from.

There isn't a player – either historically or on tour now – that I was trying to emulate. But when you see everyone doing it along those lines, you know you're on the right track.

It felt good throughout the whole trip and it gives me a lot of confidence going forward. If I can maintain that then I think things will go well for me and Bruno this season.