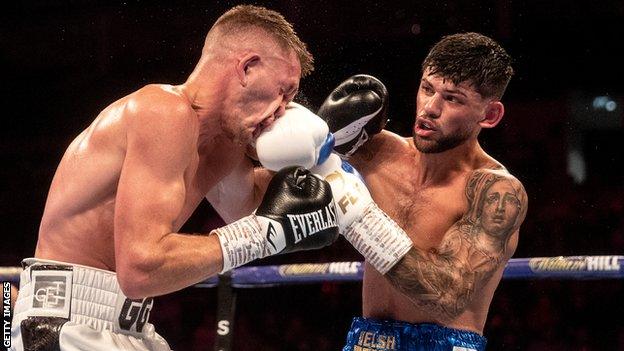 Undefeated Welshman Joe Cordina made a winning return to the ring in his first fight since 2019 as he beat Faroukh Kourbanov on a majority decision.

Cordina, 29, looked a little ring rusty after a 17-month hiatus as he beat a lively opponent at Wembley Arena.

The undefeated super featherweight, a former standout amateur, was given a tough test by Kourbanov who landed some decent shots in a 10-round contest.

Belgian Kourbanov provided Cordina with his biggest test to date as he landed some good shots, but the Welshman always looked comfortable and was probably keen for rounds having not fought since beating Enrico Tinoco via unanimous decision in Monte Carlo in November 2019, 476 days ago.

Cordina, who won a bronze medal at the 2014 Commonwealth Games and gold at the 2015 European Championships, will now hope for bigger fights at super featherweight as he targets a world title.