Scans have confirmed Wasps captain Joe Launchbury suffered a complete rupture of his anterior cruciate ligament during their Premiership win over Bath; British and Irish Lions reach agreement with Premiership Rugby over release of players Joe Launchbury has been ruled out of the British and Irish Lions’ tour of South Africa after scans confirmed he suffered a cruciate ligament injury during Wasps’ win over Bath.

Launchbury took a blow to his left knee before half-time in Sunday’s Premiership match and had to be helped from the pitch.

Wasps director of rugby Lee Blackett said post-match that he expected his captain to be sidelined for a lengthy period and scans have confirmed his fears.

“Joe Launchbury sustained a complete rupture of his anterior cruciate ligament (ACL) during Sunday’s game against Bath Rugby,” Wasps said in a statement.

“He has had a consultation with a knee specialist, who has confirmed that he will require surgery.

“Everyone at Wasps wishes Joe all the best for a speedy recovery.”

The normal recovery period for such an injury is between six and nine months.

Launchbury, who has won 69 caps for England, missed this year’s Six Nations because of a broken leg.

Lions head coach Warren Gatland is due to name his squad next week for this summer’s tour and 30-year-old Launchbury would undoubtedly have been part of second-row discussions. 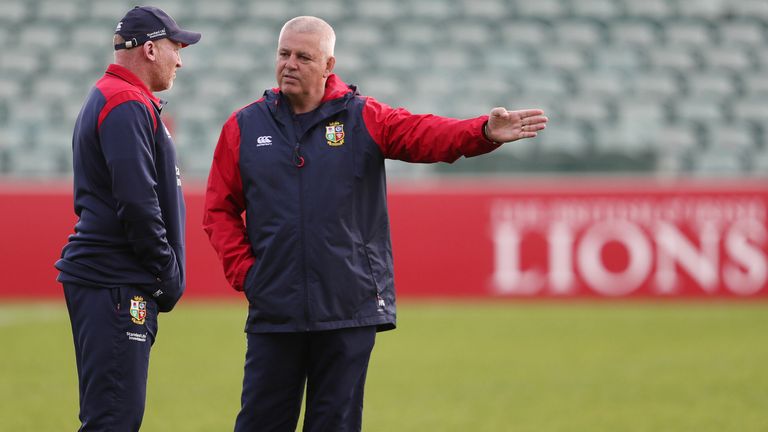 The British and Irish Lions and Premiership Rugby have reached an agreement on player release for the tour of South Africa.

With just a week until Lions head coach Gatland names his squad, the row was threatening to impact selection.

The Lions play Japan at Murrayfield on June 26, with a 10-day training camp in Jersey prior to that game, and Premiership players will be permitted to join up once their club commitments have concluded.

“We know how much the Lions Tour means to rugby fans and players and we wish the Lions every success,” Premiership Rugby said in a statement. “We are sure our players will make a huge contribution.

“Throughout the negotiations, Premiership Rugby has sought a solution that works for everyone – the players, the clubs and the Lions.

“This discussion was never just about money. Premiership clubs are at the very heart of English rugby – helping to nurture the pipeline of talent which supports the international game and future Lions tours. It is essential that we are properly consulted – and our position respected – when fixtures are scheduled which impact the domestic season.

“The Lions warm-up match against Japan falls outside of the World Rugby Regulation 9 window for release of players for international rugby, which is in breach of what was agreed in San Francisco in 2017. The Japan game also clashes with the highlight of our season, the Premiership final.

“For future Lions tours, Premiership Rugby will not release players until after the Premiership final. We will continue to honour our commitments around player-release, under Regulation 9, and encourage all parties in rugby to work more closely to avoid situations like this happening in the future.”

“We are very grateful to Premiership Rugby and PRO14 for the release of players after they have concluded their domestic commitments,” said Leonard.