England fast bowler Jofra Archer is a doubt for the one-day international series against India after captain Eoin Morgan confirmed that a persistent elbow injury had “become worse”; watch the first ODI from 7.30am on Tuesday live on Sky Sports Cricket 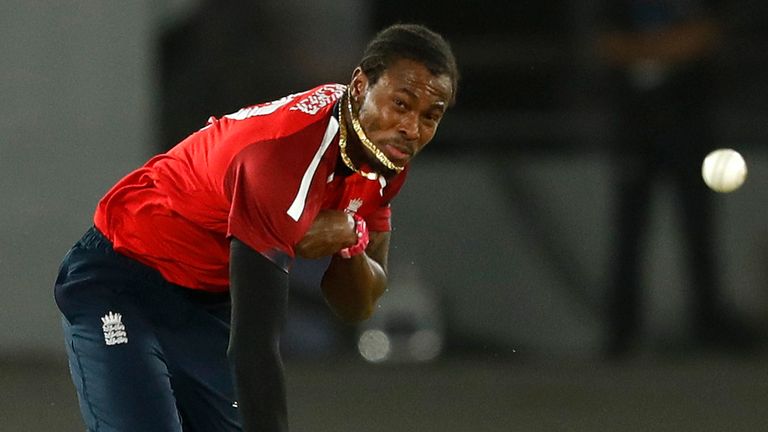 The 25-year-old missed the final Test in India because of the injury that dates back as far as the tour of South Africa last winter, with a stress fracture initially ruling him out of Test matches in Sri Lanka before the coronavirus pandemic led to the series being postponed.

Archer was declared fit to play in the T20I series, recording career-best figures of 4-33 in the fourth game, but could now miss the three ODIs as well as the Indian Premier League that follows.

Asked whether or not the bowler would be available for the one-dayers, Morgan said: “Not quite sure yet. I think we’re going to wait until tonight and tomorrow to see how Jofra has pulled up.

“He’s clearly had a progressive injury that has become worse and does need attention. It’ll be over to our medical team and hopefully the decision that Jofra comes to will be the best for us in the long term.

“I think it is rare that a bowler isn’t managing pain. What they do is a tough job. If you ever ask any of them if they’re pain-free, it’s a pretty rare instance if they say yes.

“Most of our bowlers are normally carrying niggles but certainly Jofra’s situation has definitely got worse. It does need attention.”

England will be keen to ensure that Archer has every opportunity to make a full recovery rather than being rushed back into action, with home Test series against New Zealand and India over the summer before the T20 World Cup in the autumn and the small matter of an away Ashes series to end a hectic year.