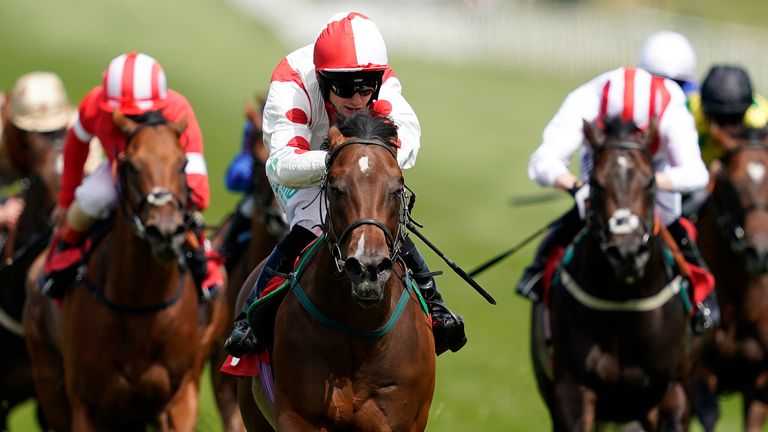 John Quinn finds it hard to split his speedy fillies Keep Busy and Liberty Beach, who will do battle in the Casumo Best Odds Guaranteed Temple Stakes at Haydock.

The stablemates have the same rating of 109, and the score is one each on their two meetings in Group Ones last year.

Keep Busy was two and a half lengths in front of Liberty Beach when they were second and seventh to Glass Slippers in the Flying Five Stakes at the Curragh in September.

The tables were turned the following month, with Liberty Beach third behind Wooded in the Prix de l’Abbaye and Keep Busy a length and a half away in fifth.

Quinn is anticipating a tight rematch in Saturday’s Group Two.

“I’m happy with them,” said the North Yorkshire trainer.

“They are fit and they are well. Their prep has gone well, and we’re hoping for a bit of luck.

“I hope they’ve got good chances. A dead-heat will do me.”

The in-form Jabbarockie will try to bridge the gap between handicaps and group company when he steps up in class at the age of eight.

Preston trainer Eric Alston accepts his horse faces a stern test, but Jabbarockie has won competitive sprint handicaps at Chester and Musselburgh on his two starts this season.

“He’s in great form with himself, but it’s going to be a tough ask,” said Alston.

“The owners are all local, and we had the choice of going to York or Haydock, and they wanted to go and have their big day.

“He’s very genuine, and hopefully it will work out for him.”

The Michael Dods-trained Que Amoro, who was runner-up to Battaash in the Nunthorpe Stakes at York, makes her seasonal debut – while Karl Burke is two-handed with Ainsdale and Lady In France.

Martyn Meade is looking forward to finally getting Method out, in the Casumo Bet100Get10 Sandy Lane Stakes.

The highly-regarded three-year-old sprinter is back to full health after missing his intended seasonal debut in the Pavilion Stakes at Ascot last month.

“It will obviously be his first run of the year. We were going to run him earlier, but he was just not 100 per cent – he is now, so we will see how he performs there,” he said.

“If he runs well there, then we will be targeting the Commonwealth Cup. That will be the idea for him.

“Five furlongs was too short for him when he was beaten at Newmarket on his last start. As long as he reproduces his two-year-old form, he should be OK. You need a decent race to see how good he is.”

Umm Kulthum reverts to six furlongs after weakening in the closing stages when unplaced in the Fred Darling Stakes over seven at Newbury last month.

Richard Fahey reports the daughter of Kodiac, who won the Group Three Firth Of Clyde Stakes at Ayr and was a close third in the Group One Cheveley Park, to be ready to return to the fray.

“We’re happy enough with her. It’s a tough race but we’ll know where we are,” said the Musley Bank trainer.

“You’d imagine the drop back to six will help her. It will be a good guide for her.”

Archie Watson’s Dragon Symbol steps up markedly in class after winning all his four starts to date.

“He has done everything right so far this year and he answered everything that we have asked of him since his debut on the all-weather,” said Watson.

“He is going back up to six furlongs, and we are hopeful that he will handle the softer ground up there – because the ground was quick last time out at Musselburgh.

“This is a big step up in class, and it should give us an idea of where we are with him.”

Proven group performers The Lir Jet, Mujbar, Rohaan and Isabella Giles are among those in the 10-runner line-up.