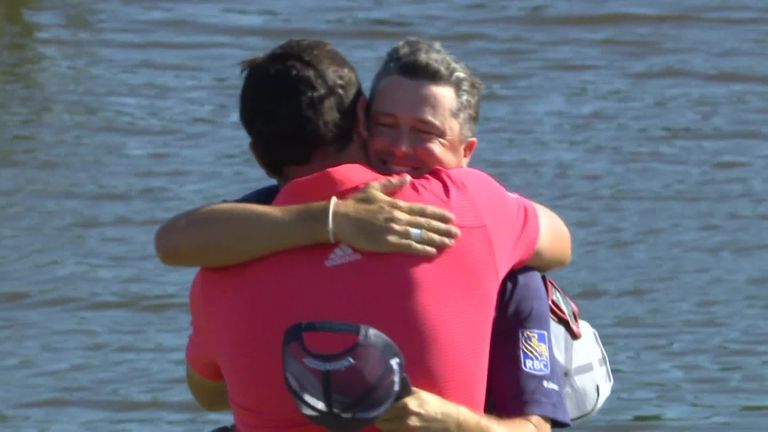 The top shots from a tough final round of the Zurich Classic of New Orleans, where Jon Rahm and Ryan Palmer claimed a three-shot victory.

Jon Rahm and Ryan Palmer defied a late charge from Tommy Fleetwood and Sergio Garcia to claim a three-shot win at the Zurich Classic of New Orleans.

The overnight leaders coped admirably with the hard and fast conditions for the final-round foursomes at TPC Louisiana, combining for a resolute three-under 69 to post a winning score of 26 under par. 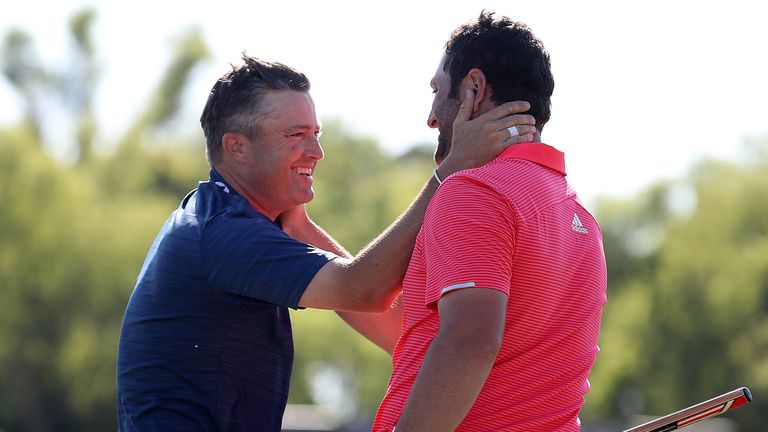 Fleetwood and Garcia, who have operated under the nickname “Team Fleecia” this week, put the pressure on when they birdied the final two holes to return a 68 which earned them the clubhouse lead on 23 under.

But Rahm and Palmer picked up three crucial birdies in the space of five holes after the turn and produced some clutch par saves down the stretch to secure a hard-fought win – Palmer’s first on the PGA Tour since the Sony Open in Hawaii over nine years ago.

An excellent second shot from Palmer at the par-five second hole set up a comfortable two-putt for birdie, and the American nailed a great par putt on the fourth before a wayward drive from Rahm at the sixth led to a dropped shot. 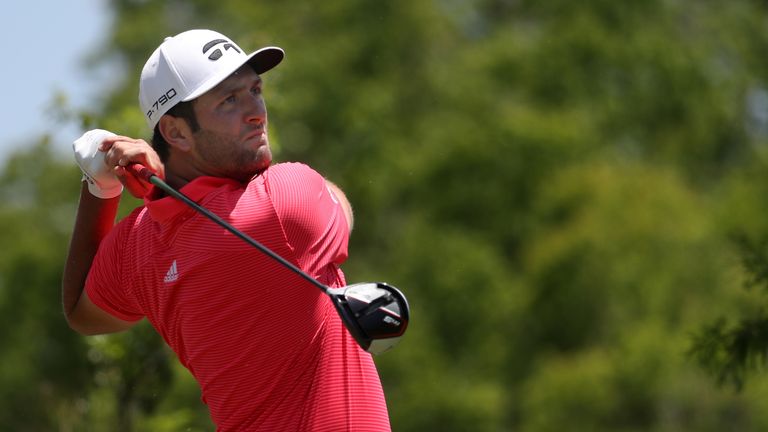 Rahm’s win was his third on the PGA Tour

Rahm missed a good chance from six feet to get the stroke back immediately, but he made no mistake from double that distance on the 10th and his partner’s putter stayed true on the long next as they scramble a par five.

The Spaniard’s deft pitch set up a tap-in for another birdie at the 13th, and he drilled a superb tee shot to 12 feet at the next which was converted by Palmer to give them plenty of breathing space at the top of the leaderboard.

They looked set to open the door for the chasing pack on the next green until Rahm drained a perfect 25-foot putt for par and, after a further nerveless save from Palmer at the next, they safely negotiated the final two holes to close out an impressive win in tough conditions.

“What an awesome week,” said an emotional Palmer. “Our games complement each other so much, the way we drive the ball, our iron play, and there’s nothing better than missing greens knowing his short game is behind me. What a week.”

Rahm had initially intended to play the event with Wesley Bryan, who was then forced to take time away from the game to recuperate from a shoulder operation.

“When Wesley told me he was having shoulder surgery a few months before the event, I was in no man’s land with no partner,” said Rahm. 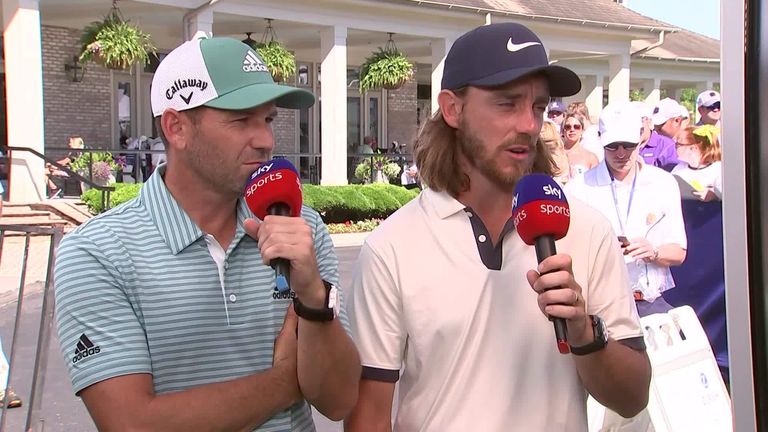 Tommy Fleetwood and Sergio Garcia enjoyed a strong finish to the Zurich Classic of New Orleans, but they would have to settle for outright second place after a 68.

“I got a text from Ryan, and last year we were joking around saying we are going to play together really, really well based on how we played last year. And then we saw each other, and it was a clear choice. I’m really happy I said yes, and I couldn’t be more thrilled.”

Rahm’s Ryder Cup team-mates had to settle for outright second after a spirited finish which included a pitch-in for eagle from Fleetwood at the seventh, while Garcia also holed from off the green at the penultimate hole for birdie which they followed with another at 18. 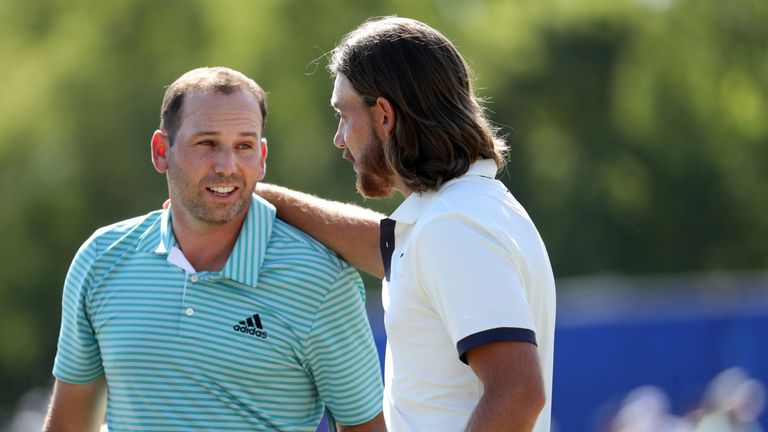 Brian Gay and Rory Sabbatini, playing in the final group with Rahm and Palmer, stuttered to a closing 71 featuring six birdies but also five bogeys as they finished five shots off the pace along with Kyoung-Hoon Lee and Matt Every, who birdied four of the last seven holes in a 68.

Ireland’s Seamus Power and Canadian David Hearn were also four under for the final round as they climbed 16 places up the leaderboard and into a share of fifth, while the best round of the day came from Ian Poulter in partnership with his protege, Sam Horsfield.

The English pairing combined for seven birdies in a 67 which lifted them to 19 under par, but Henrik Stenson and Graeme McDowell were unable to avoid mistakes as they slipped to 17 under after a disappointing 73.