Sam Burns one clear of KH Lee after third round of AT&T Byron Nelson with Jordan Spieth three off the lead after another eagle at the 18th; watch the final round live on Sky Sports Golf with earlier start of 3pm on Sunday due to threat of bad weather 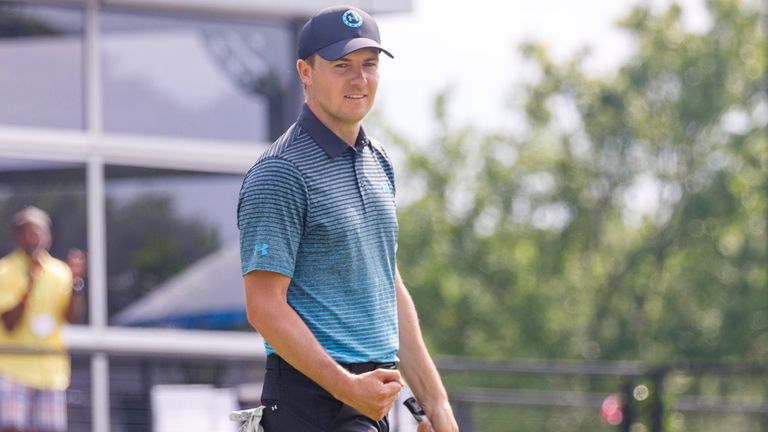 Jordan Spieth eagled the 18th for the second time in three days to move back into contention at the AT&T Byron Nelson in Dallas.

The crowd-pleasing three at the par-five last at TPC Craig Ranch earned the 27-year-old Texan a six-under 66 and lifted him to 17-under 199 after 54 holes.

He is three shots off the lead which is still held by Sam Burns after a three-under 69 kept him one ahead of South Korea’s KH Lee.

Spieth had opened with a 63 to share the first-round lead but struggled to overcome a “bad mood” caused by his early start as he carded a 70 on Friday to drop six off the pace.

Pars at the first five holes on Saturday will not have cheered Spieth up too much but he was all smiles after a run of six birdies in nine holes from the sixth thanks to some excellent iron play.

His mood will have darkened again with three-putt bogeys from a short distance at both the 15th and 16th but the 18th once again proved to his liking.

After holing a 55-foot birdie putt in the first round he was once again on target with a tricky downhill 30-footer from off the back of the green as the cheers roared around the 18th green. 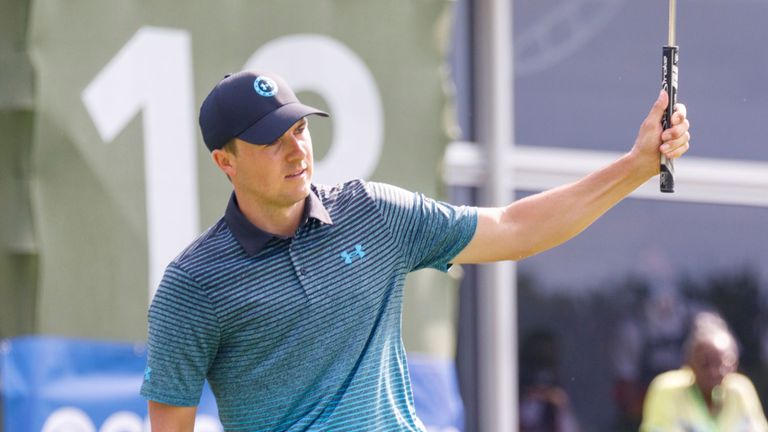 Despite that closing eagle, Spieth was frustrated with his two three-putts and intends to get his putting stroke right for the final round.

“I just need to get a little more solid in my stroke,” he said. “I had an adjustment in my set-up today and actually trusted it the whole round, but I opened up a little bit and got worried on a couple missing left, so I ended up pushing them right. Spieth bounced back from his 70 on Friday with a 66

“So it’s just stuff that comes with more reps. That’s really all it is. The rest of the game is really solid. It’s just kind of if I was putting as well as I do in tournaments that I win, we would have a number of strokes better right now. Hopefully I can make up for that tomorrow.

“If I just have the attitude I did today, go out and be really patient, wait for it to come to me, play the easy holes well, and wait for your chances, I think there is still a six- or seven-under out there.” Spieth is tied for third with South African Charl Schwartzel and fellow American Matt Kuchar, who also made their moves with 66s, as well as Sweden’s Alex Noren.

The highlight of Schwartzel’s round was an eagle at the fifth where he holed a 31-foot putt and he also finished strongly with birdies at 17 and 18, while Kuchar enjoyed a run of four successive birdies from the third. 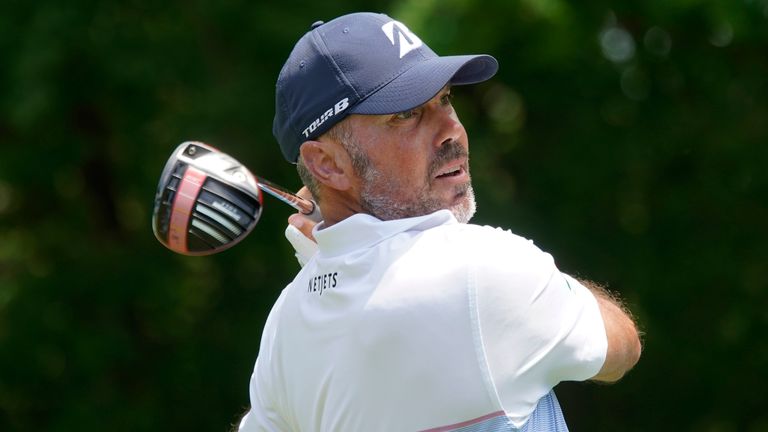 Noren, playing in the final group with Burns, eagled the fifth in similar fashion to Schwartzel, but trod water a little after that before a welcome birdie at the last for a 70. 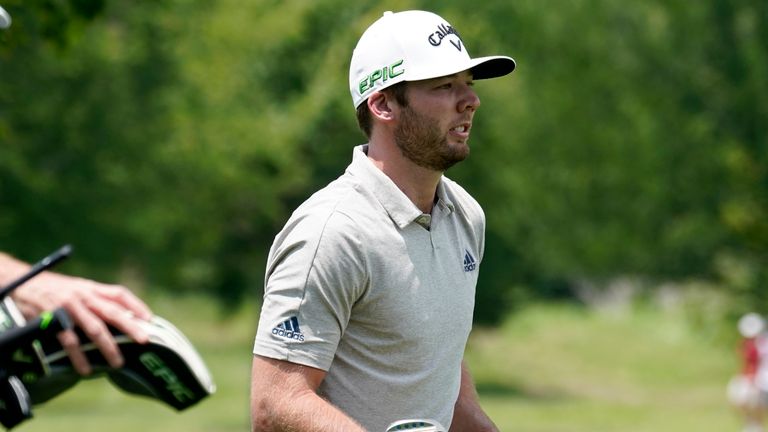 Sam Burns won the Valspar Championship in his previous event

Burns, bidding to follow up his win at the Valspar Championship on his last outing earlier this month, struggled to find the rhythm which saw him card a 62 on Friday as he mixed two bogeys with three birdies on the front nine.

But the 24-year-old American’s back nine was much more solid with birdies at the 12th and 18th securing him a three-under 69.

Burns said: “I didn’t really have my best stuff today and just left a few out there, but was able to shoot three under. I’m proud of the way we battled out there.” 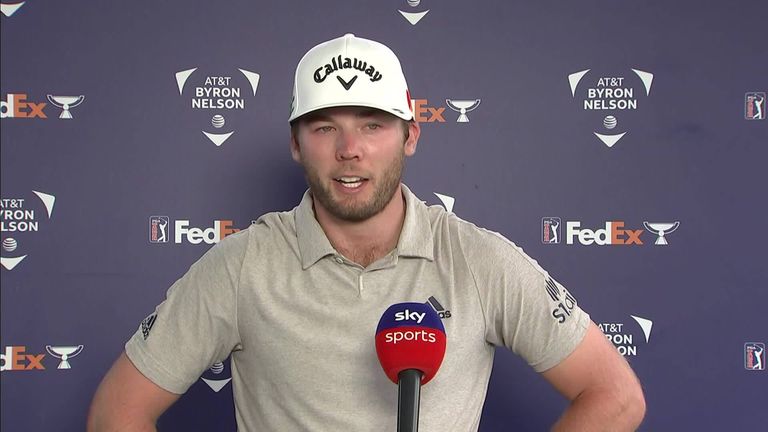 Looking ahead to the final round after his recent experience of winning, he added: “I think for starters, I don’t have to play perfect. Always felt for a long time I had to play perfect on Sunday to win. That’s just not the case.

“You’re going to make mistakes. You need to limit those, but, yeah, just go out there knowing I don’t have to play perfect, sticking to the game plan, and see what happens.”

Lee bogeyed the 11th hole in the first round but he has played flawless golf since then and, after beginning his third round with eight successive pars, he knocked in five birdies from the ninth for a 67 to sit just one behind Burns. 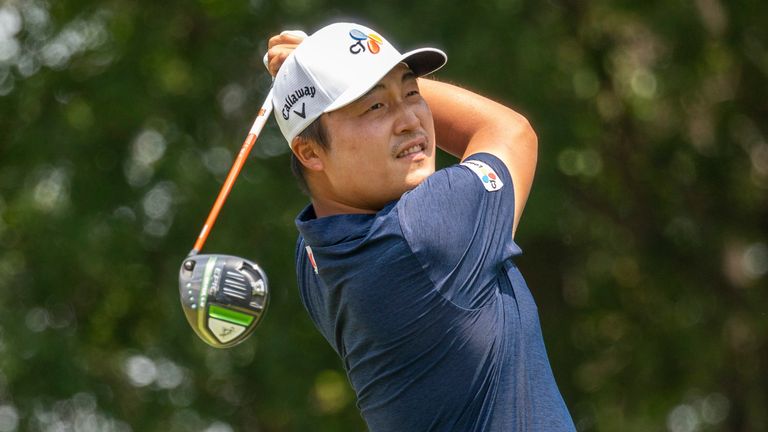 KH Lee played flawless golf in the third round

Ireland’s Seamus Power chipped in from a bunker for an eagle at the short par-four 14th on his way to a 67 that elevated him to 16 under and a share of seventh, while Spaniard Rafa Cabrera Bello’s 66 saw him charge up to 15 under.

Luke Donald was another player to shoot a 66 and he is 12 under, one better than fellow Englishman Lee Westwood, who could not repeat Friday’s 64 as he hit a 70, and world No 3 Jon Rahm (68).

The weather forecast for Dallas is poor on Sunday and as a result, the tee times have been brought forward, with a two-tee start and the players lining up in groups of three. Coverage is scheduled to start on Sky Sports Golf at 3pm.