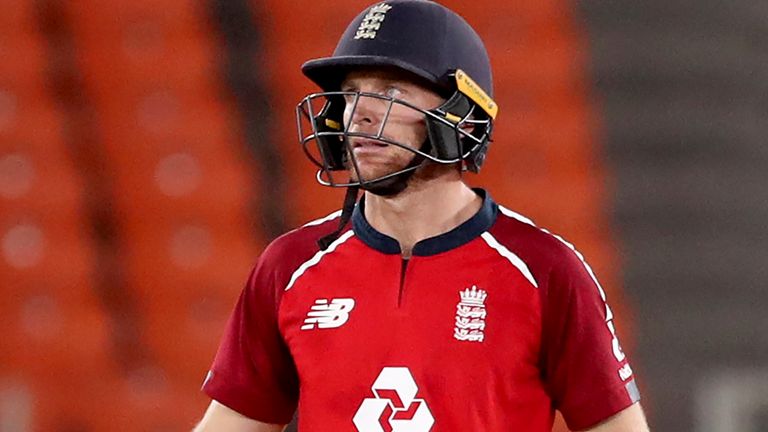 Jos Buttler countered Virat Kohli’s sparkling half-century with his highest T20I score of 83 not out from 52 balls as England beat India by eight wickets to take a 2-1 series lead on the day of captain Eoin Morgan’s 100th international in the format.

Buttler hit four sixes and five fours and reached an 11th T20 fifty from 26 balls as England topped India’s 156-6 with 10 balls to spare to bounce back from their seven-wicket thrashing in Sunday’s second match.

Morgan’s men would have been hoping to chase a much smaller target after paceman Mark Wood (3-31) – who missed the weekend’s fixture with a bruised left heel – bowled with express pace to help reduce India to 24-3 in the powerplay and then 87-5 after 15 overs. 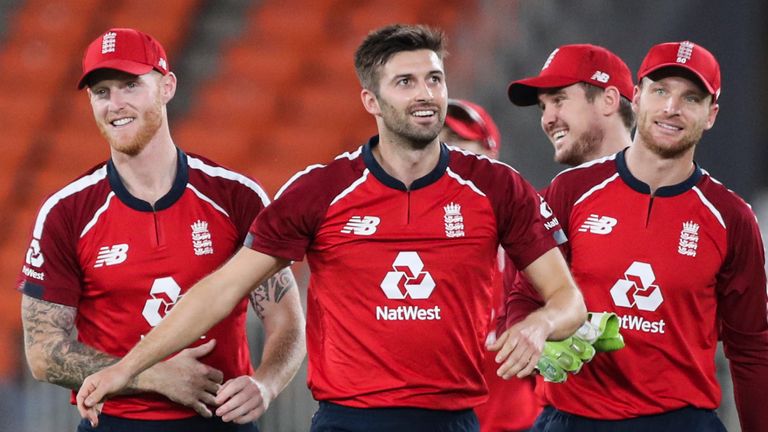 Kohli, though, delivered a batting masterclass, striking 49 of the 69 runs the hosts managed in the final five overs at Narendra Modi Stadium as he ended on 77 not out from 46 balls, with four sixes and eight fours.

Buttler then produced a batting clinic of his own, however, besting the 77 not out he smoked against Australia at The Ageas Bowl last summer, as the side who won the toss and batted second triumphed for the third game in a row in this five-match series in Ahmedabad.

The only difference this time around was that no fans were in attendance, with the series now being played behind closed doors due to a spike in the number of coronavirus cases in the state of Gujarat.

Buttler – dropped on 76 by Kohli at backward point – and Jonny Bairstow (40no off 28) – dropped on 20 by Yuzvendra Chahal at third man – led England home in front of the empty stands with an unbroken third-wicket partnership of 77, during which Bairstow reached 1,000 T20I runs.

Morgan’s T20I debut came amid England’s shock four-wicket defeat to Netherlands at Lord’s in 2009 – but his milestone match ended in victory, thanks principally to Wood and Buttler.

Wood bowled KL Rahul (0) with a speedy nip-backer in the third over of the game as the out-of-form opener recorded back-to-back ducks, having made only one in the first match of the series.

The England quick then followed a backing-away Rohit (15) with a short ball in at the body, which the batsman could only pull to Jofra Archer at short fine leg – the wicket providing relief for Archer, who had dropped Rohit off his own bowling on four. 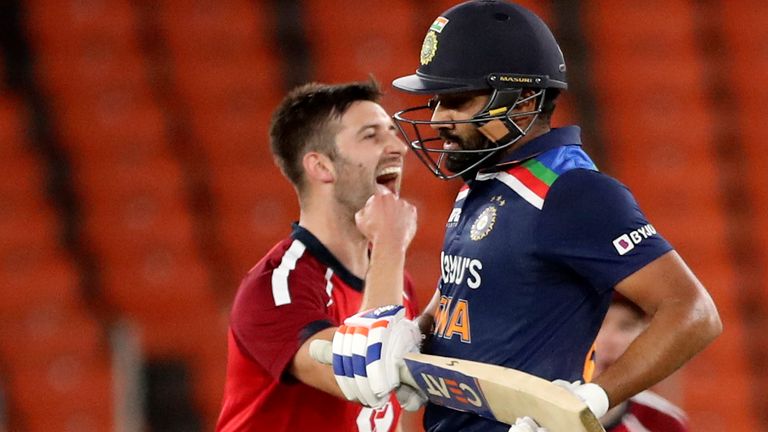 India had tinkered with their top order, with the return of Rohit in place of Suryakumar Yadav seeing Ishan Kishan drop to No 3, despite the youngster’s fluent fifty from the opening spot on debut at the weekend.

Kishan made just four this time, bounced out by Chris Jordan (2-35) as he took on a short ball and top-edged behind to Buttler.

Kohli proved an immovable obstacle for England, though, adding 40 with Rishabh Pant before the latter was run out as the pair attempted a third run after a Jos Buttler mis-field, and then 22 with Shreyas Iyer (9). 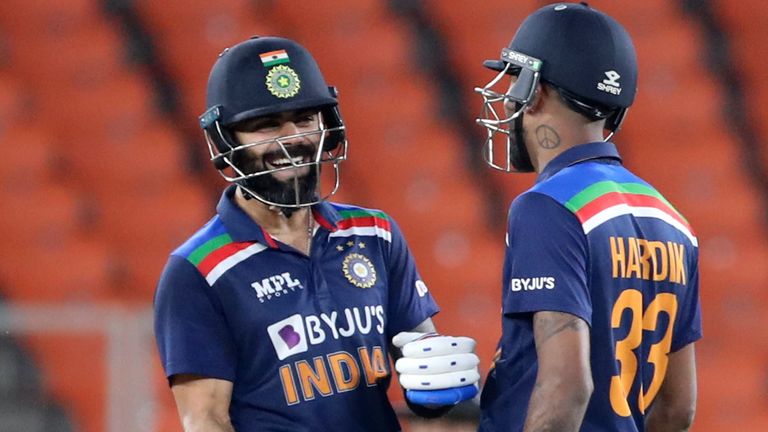 The India captain ignited after Iyer became Wood’s third victim, smashing nine boundaries in the final five overs, with one of them, off Jordan, securing a 37-ball half-century, his second in two games and 27th in T20Is.

Kohli tucked into Archer and Jordan as the 16th and 17th overs went for 13 and 14 respectively, while he then dented Wood’s figures with back-to-back sixes and a four in a 17-run 18th.

Hardik Pandya’s brace of sixes and two further fours for Kohli ensured the final two overs went for a combined 25 – Pandya (17) out off the last ball of the innings as Archer took a tumbling catch at mid-on off Jordan and the Kohli-dominated partnership was snapped at 70. Jason Roy (9) hit successive boundaries off Bhuvneshwar Kumar in the third over of England’s run chase after the bowler and fellow seamer Shardul Thakur had limited the tourists to eight runs from the first 2.3.

Roy fell in the next over, reverse-sweeping leg-spinner Chahal to Rohit at point, but by that stage, Buttler had already got his eye in with a six off Chahal and he quickly clattered the same bowler for another.

Buttler continued to attack as England ended the powerplay on 57-1 – 33 runs better off and having lost two fewer wickets than India at the corresponding stage of the innings.

The wicketkeeper-batsman bossed a second-wicket stand of 58 with Dawid Malan (18 off 17), who managed one top-edged six off Pandya before he was stumped off Washington Sundar.