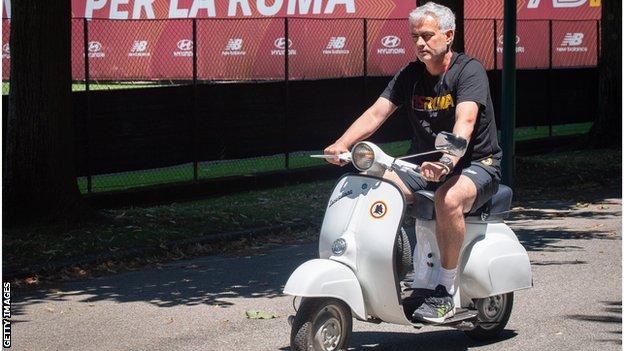 Jose Mourinho has defended his recent record in the Premier League by claiming what is considered "a disaster for me" other coaches "never achieve".

The 58-year-old was sacked by Tottenham last year after he took the club to the League Cup final.

On Thursday he spoke at a press conference to mark the start of his role as head coach at Roma.

"What is considered a disaster for me is something other coaches have never achieved in their lives," he said.

"But that's the way it is and that's down to me.

"At my last three clubs I won the Premier League with Chelsea, I won three trophies with Manchester United and I made it to the League Cup final with Tottenham."

Mourinho is one of the most successful coaches in world football having previously managed Chelsea, Real Madrid, Inter Milan, Porto and Manchester United.

But he was sacked by Spurs with the club seventh in the Premier League and suffering 10 league defeats in a single campaign for the first time in his managerial career.