Roger Fell’s Eldrickjones back in action at Newmarket on Thursday after second in Coventry Stakes at Royal Ascot; Colt bidding to break his maiden in the July Stakes; Bryan Smart keen on Project Dante chance 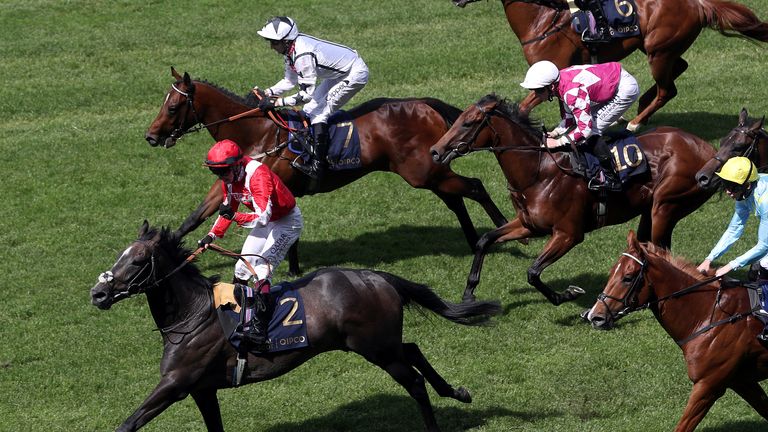 Royal Ascot runner-up Eldrickjones bids to go one better in the Tattersalls July Stakes at Newmarket.

Beaten just a nose on his racecourse debut at Thirsk in early June, the Cotai Glory colt justified the bold decision made by his connections to run in the Coventry Stakes less than a fortnight later – beating all bar the impressive winner Berkshire Shadow.

That performance came as no surprise to Nick Bradley, who manages the syndicate which owns the Roger Fell-trained juvenile, and hopes are high for his latest Group Two assignment on Thursday.

“It looks no stronger than the Coventry, and some might say it’s a little bit weaker,” said Bradley.

“He’s in very good form. Danny Tudhope did a bit of work on him last week and was buzzing him – he thinks he’s a very smart horse.

“Unfortunately Danny can’t ride on Thursday, because he’s got to ride at Doncaster. But he goes there with a massive chance, I think.”

Another colt who went close to winning at the Royal meeting is the Bryan Smart-trained Project Dante, who was beaten just a head and a nose into third in the Norfolk Stakes. 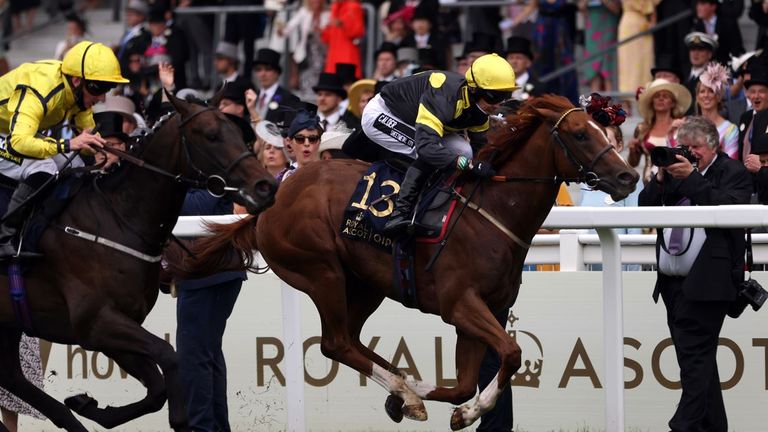 That form has been well advertised since, with the runner-up Go Bears Go landing the Railway Stakes at the Curragh, and Smart is keen to see how Project Dante fares stepping up to six furlongs for the first time.

“The horse proved his worth (at Ascot), and we like him a lot,” Smart told Sky Sports Racing.

“He did a nice piece of work on Friday and had a nice little blow on Tuesday morning – Graham Lee rode him and was thrilled with him. He said he feels as good as if not better than he did before Royal Ascot.

“I think he’ll get the trip, because he settles and you can put him in most places. I think he’ll settle well, and Graham will just work away.” 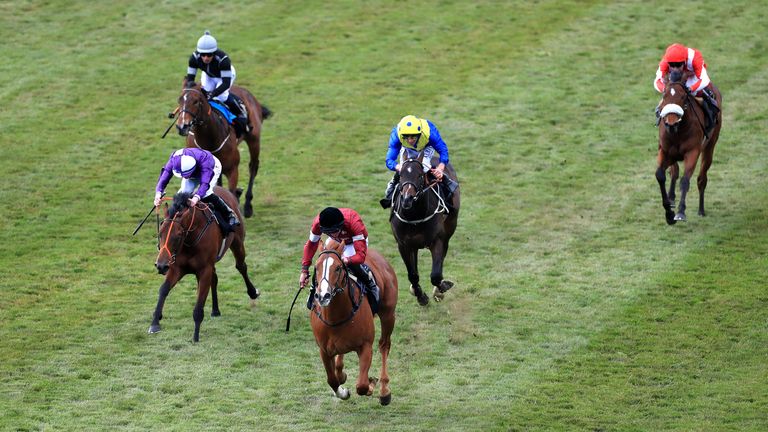 Hugo Palmer saddles both Dig Two and Ebro River, who finished second in the Windsor Castle Stakes and fifth in the Coventry respectively on their latest appearances.

He said: “They both ran very well at Ascot. It’s always tricky having two colts in the same race, but I feel they both deserve to take their chance. They’ve both really thrived since Ascot – I’ve been delighted with them.

“The weather forecast is very tricky. Ebro River is a winner of a Listed race on soft ground, so any significant rain wouldn’t hinder his chances, but I think he proved at Ascot he’s also fine on top of the ground.

“Dig Two definitely wants quick ground, so if the word soft started to appear in the going description we would probably take him out.

“Having walked the track, I think the ground will probably be somewhere between good and good to firm, in which case they will both run.

“It’s too much to hope for a dead-heat, but I hope they’ll both run well.”

Asymmetric puts his unbeaten record on the line for Alan King, having followed up debut success at Goodwood with a clear-cut victory over this course and distance.

“He’s won his two races, and we have to find out if he’s up to this sort of level,” said the Barbury Castle trainer.

“We’ve been very happy with him at home, and it will be interesting. He’s always worked like a really smart two-year-old and has a great attitude. I genuinely wouldn’t know how good he is, but he does everything very easily at home.

“It is a big step up in class, but I think better ground should suit him, so we’ll see how we get on.”