Leicester are in a really strong position but I think the next three games will tell us a lot about them.

They play Manchester City and West Ham in the Premier League, where they sit third with a seven-point lead over fifth-placed West Ham, and they have the FA Cup semi-final against Southampton.

We will know more about their mental strength, how far they have progressed and whether they can finish in the top four after these three games.

Every player wants to play Champions League football because it's massive. But when you just miss out, like Leicester did last season after falling away to finish fifth, and then find yourself in third and in a strong position the season after, this is the defining moment.

Petr Cech said to us once when I played at Chelsea: "When somebody opens a door you have to go through it and take the opportunity."

This is Leicester's chance to get themselves into a cup final and into the top four. That's the real challenge. Can they take it? I think they will.

The younger players are a year older now, a bit more experienced and the senior players can guide them.

But if they don't qualify for the Champions League now I do think it will be a failure.

Why Leicester have improved 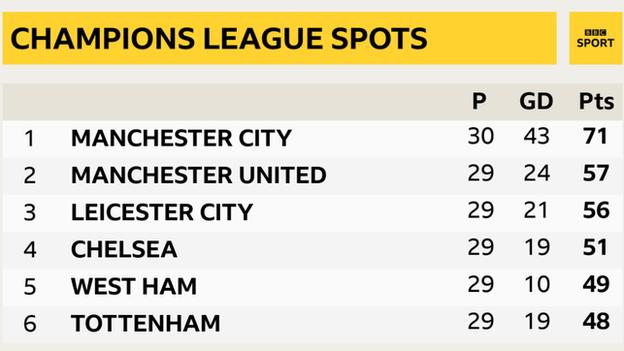 They have no issues beating the top sides. It's the teams in and around them that they have struggled against occasionally – losing to Arsenal and drawing with Wolves in February, after losing and drawing to Everton.

I do think Leicester can go that one step further this season, though.

They have missed key players through injury and it's not been an issue. I thought they would struggle when they lost the likes of James Maddison and Harvey Barnes but they found a way.

Brendan Rodgers has got Jamie Vardy and Kelechi Iheanacho in the team together and it's worked. It's massively important to have other players who can contribute to the goal threat other than Vardy.

Rodgers has also developed formations and they can change personnel within that now. The players in his squad can play multiple positions – you can see the squad depth coming into play now.

Leicester can play a high-press or a low-press, they can counter-attack, play through teams and have strength in wide areas, and they are adaptable.

I think they are stronger mentally as a group than last season but they have to dig deep and find a way. They dropped off a cliff last season and it cost them. They are a lot more resilient now, which is why I think they will get a top four spot.

Champions League and beyond 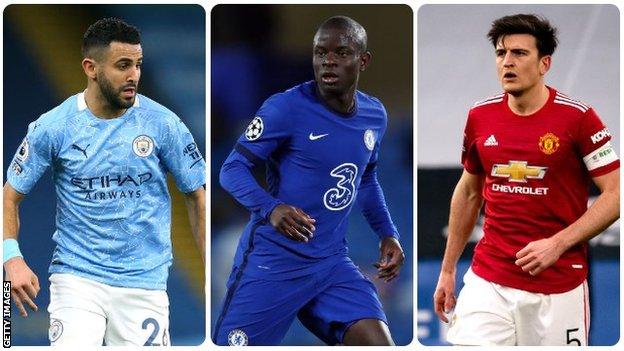 Now Leicester are at the business end of the season it's about whether they can get over the line.

If you had said they would finish in the top four before the season started, you would probably say "wow, that's a good result" but when they are there, in it and in such a strong position at this point, they can't fall off again. They have to go one step further.

If they do qualify for the Champions League can they stay there? Leicester have sold key players every season. Harry Maguire joined Manchester United, Riyad Mahrez left for Manchester City, N'Golo Kante went to Chelsea.

To stay in that mix they have to stop selling those players. It will be interesting to see what Leicester's business model is.

That will be the next test – can Leicester keep those big players or will they sell them?

Karen Carney was speaking to BBC Sport's Emma Sanders. You can read her column on the BBC Sport website and app every month.