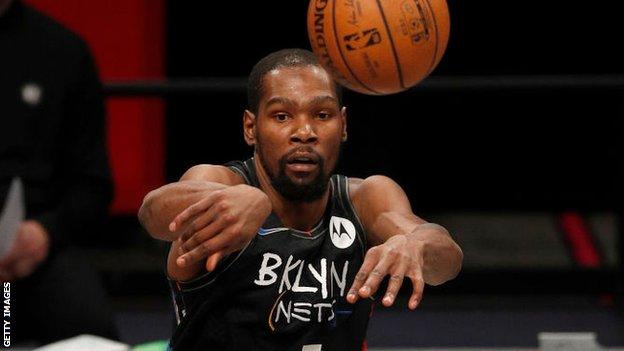 Durant has not played since February due to injury

Two-time NBA champion Kevin Durant has apologised for the language he used in a social media exchange with actor and comedian Michael Rapaport.

Rapaport has shared images of private messages sent to him by the Brooklyn Nets forward which included homophobic and misogynistic language.

"I'm sorry that people have seen the language I used," said Durant, 32.

"That's not what I want people to see or hear from me, but hopefully I can move past it and get back out there."

Brooklyn Nets coach Steve Nash said the incident had been addressed in a private conversation with Durant, the 2014 Most Valuable Player.