Khadijah Mellah: “Racing changed my life forever and I hope that by getting involved in the Riding A Dream Academy it will change other young people’s lives too”; the Academy includes the Khadijah Mellah Scholarship and a residential week in Newmarket A new Academy which aims to support talented riders from under-represented communities to get into racing has been launched.

The Riding A Dream Academy – named after the documentary that followed Khadijah Mellah as she became the first British Muslim woman to win a horse race in the UK – will welcome their first intake this summer.

The Academy, supported by funding from the Racing Foundation, has been independently developed by ITV Racing’s Oli Bell and Great British Racing’s head of PR, Naomi Lawson.

It will initially consist of two programmes for those aged 14-18 – The Khadijah Mellah Scholarship and a residential week – both of which will be delivered by the British Racing School in Newmarket.

The Jockey Club will also fund one Scholarship place for a rider from St James City Farm in Gloucester, a club they have supported now over a number of years.

Khadijah Mellah – who made history when she claimed victory in the Magnolia Cup in 2019 after she learned to ride at Ebony Horse Club in Brixton – said she is hoping the new scheme will help the youngsters involved discover a love of racing.

“Racing changed my life forever and I hope that by getting involved in the Riding A Dream Academy it will change other young people’s lives too,” she said.

“If you come from my background it can be difficult to imagine yourself in racing, so I hope the Academy will give other young people the confidence that racing is a sport that you can get involved in, where you will be supported and where you can achieve your dreams and anything you set your mind to.”

Oli Bell said, “We are incredibly grateful to the Racing Foundation for funding The Riding A Dream Academy which will enable lots of young people who wouldn’t otherwise have had the opportunity to experience the thrill of horse racing.

“It will hopefully provide a legacy to Khadijah’s achievements when she showed that the impossible can be possible and it is something that I am hugely proud to be a part of.

“I look forward to meeting the racing stars of the future who will be a part of this terrific new initiative.” 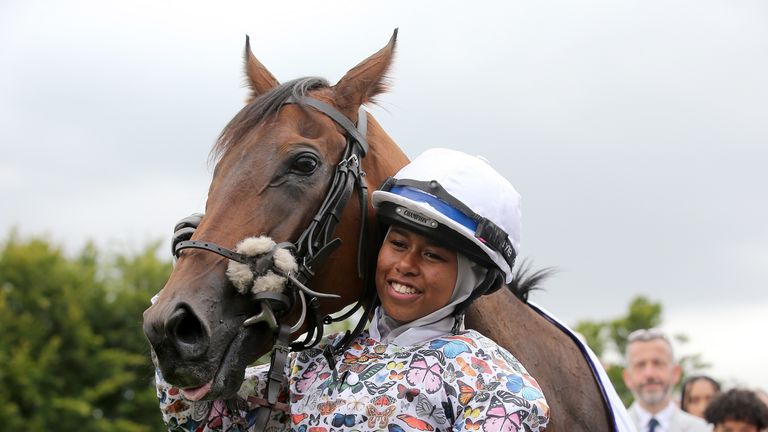 Naomi Howgate, general manager of Ebony Horse Club in Brixton where Khadijah learned to ride, added: “It’s brilliant that The Riding A Dream Academy has been developed as part of Khadijah’s legacy.

“Having role models that you relate to is so important and it is great that the young people at Ebony and other urban equestrian centres who have been inspired by Khadijah’s achievements will also have the opportunity to explore the world of horse racing through the Academy’s two programmes.”

Charlie Fellowes, who trained Haverland, the horse Khadijah rode to victory in the Magnolia Cup, will be one of the trainers to provide work experience to those on the Scholarship programme.

“Lots of trainers will be more than open to supporting this brilliant initiative,” he said.

“Khadijah’s story and success was so powerful and creating a lasting legacy that helps other young people from underrepresented backgrounds get into racing is something that we all see the value in.

“My team and I can’t wait to get involved.”