Nassau Stakes at Goodwood potentially next for Lady Bowthorpe after fast-finishing fourth in Falmouth Stakes; trainer William Jarvis on Newmarket effort: “I thought she was the best horse in the race” 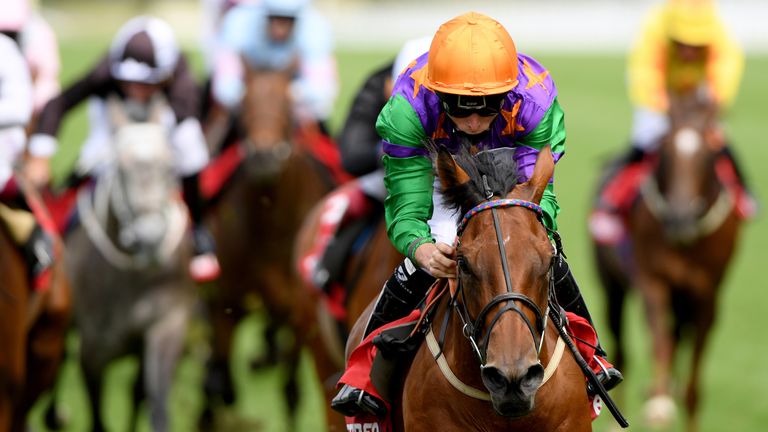 William Jarvis hopes his stable star Lady Bowthorpe will “get her day in the sun” before the end of the season following her fast-finishing effort in the Falmouth Stakes at Newmarket.

Winner of the Group Two Dahlia Stakes on her seasonal reappearance, the daughter of Nathaniel went on to fill the runner-up spot in both the Lockinge at Newbury and the Duke of Cambridge Stakes at Royal Ascot.

Lady Bowthorpe charged home from an unpromising position to be beaten just a length into fourth place in Friday’s Group One feature on the July course, leaving Jarvis eyeing another tilt at Group One glory in the Nassau Stakes at Goodwood on July 29.

“She’s come out of the race fine and I’m very happy with her,” said the Newmarket handler.

“I thought she was the best horse in the race. It will probably be the Nassau next, but nothing is set in stone. “She’s a very smart filly and is still progressing. Hopefully she’ll get her day in the sun.”

Kieran Shoemark, who rode Lady Bowthorpe at Newmarket, told Sky Sports Racing he is equally confident she will have her day.

Reflecting on the Falmouth, Shoemark said: “A few of us jockeys did not anticipate them all coming over to the far side rail and as soon as they do that when you are riding a hold-up horse it just complicates everything. I had to sit and suffer.

“I felt at the time I did the right thing by switching out because there was a wall of horses in front of me. I copped a bit of flack for it on social media but I think if I waited I probably would have been caught up in the interference anyway that Snow Lantern caused.

“That’s the beauty of hindsight but she’s run a massive race and deserves her Group One. It did not work out well but she will have another day.”