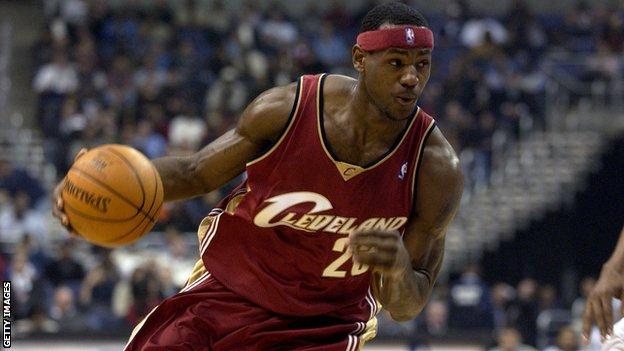 An "ultra-rare" LeBron James trading card has been bought for $5.2m (£3.75m), making it the most expensive basketball card ever sold.

The 2003 rookie card is from James' debut season for Cleveland Cavaliers.

"With so few becoming available and demand increasing by the day, this card is becoming the crown jewel of all sports card investing," said PWCC, a trading card marketplace.

The sale price has equalled the record for any sports trading card.

The same amount was paidexternal-link in January for a 1952 rookie card for baseball great Mickey Mantle.

"At the heart of every collector in 2003 was the hope of pulling the ultra-rare LeBron James Rookie Patch Auto Parallel numbered to 23 copies," added PWCC.

The buyer's identity was not made public.

James, who is 36 and now playing for the LA Lakers, is widely considered among the greatest ever to play the game.

He is a four-time NBA champion with three different franchises, having helped Miami Heat, the Cavaliers and the Lakers all win the Finals.

The 17-time All-Star is the highest scorer in NBA play-offs history and the third-highest scorer of all-time in the regular season, behind Kareem Abdul-Jabbar and Karl Malone. 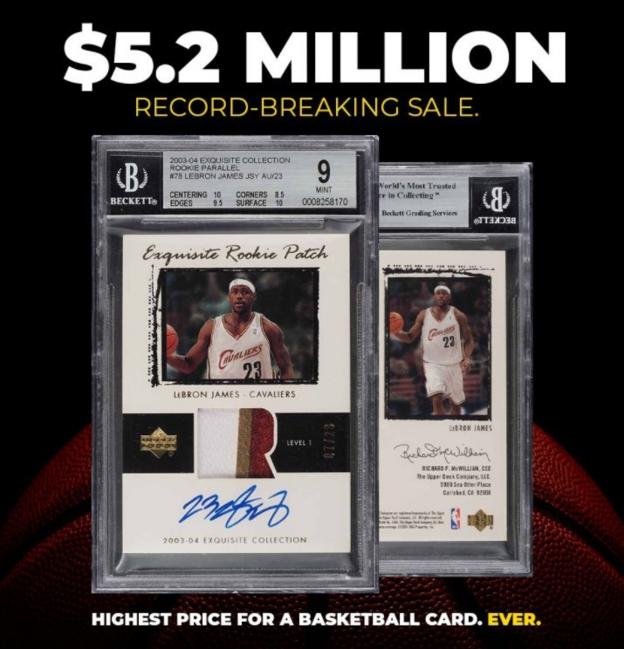