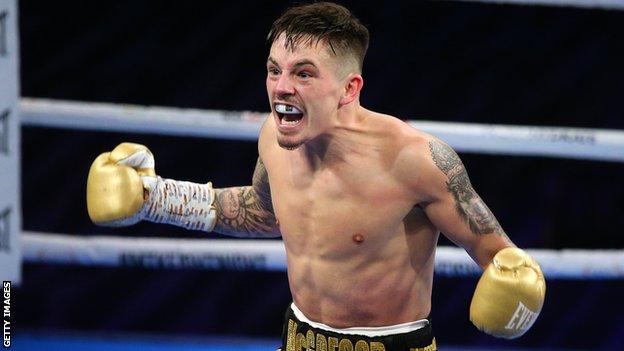 The French veteran was floored three times by the 24-year-old from Edinburgh at the University of Bolton Stadium.

McGregor now has British, Commonwealth and European belts all within his first 10 professional fights.

"I'm not finished yet, I'm coming for that world title," the undefeated McGregor told ESPN.

Having endured three Covid-related postponements of his bout with Guerfi, the Scot could next feature in May on the undercard of MTK stablemate Josh Taylor's undisputed world super-lightweight duel against Jose Ramirez.