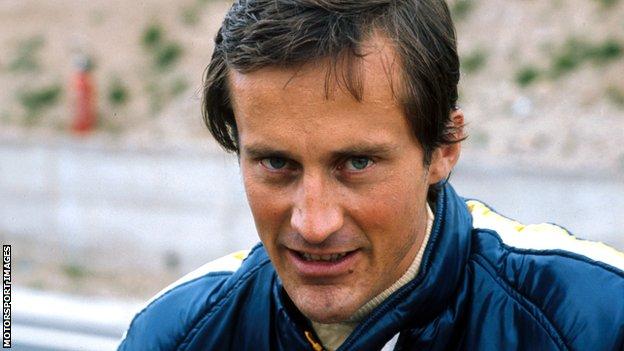 Mike Beuttler raced against many of the all-time Formula 1 greats in the early 1970s – and then disappeared.

Even the British driver's closest motorsport friends heard nothing from him over the final 14 years of his life.

Then, in late 1988, they learned from his family that he had died in Los Angeles of Aids, aged 48.

Beuttler remains the only known gay male driver to have competed at the highest level of motorsport.

He did so at a time when F1 was an especially macho environment. James Hunt, the 1976 world champion, famously had the phrase, 'Sex, the breakfast of champions' embroidered on his overalls and many drivers had reputations for being womanisers.

There were no organisations such as Racing Pride, which launched in 2019 to promote LGBT+ inclusivity in motorsport.

So how did his friends view him?

"Mike gave it absolutely everything on track – he wasn't a natural talent but he worked hard," former motorsport journalist and friend Ian Phillips told BBC Sport.

"I knew he was gay, but it didn't matter in my world."

"In the United Kingdom, it was only in 1967 that homosexuality was legalised between two consenting adults in private.

"Why would Beuttler be out and proud? He wouldn't. I don't think the word 'out' really existed when he was racing.

"Beuttler did bring a girlfriend and different women to races, perhaps it was a convenient disguise, because it stopped the tongues wagging." 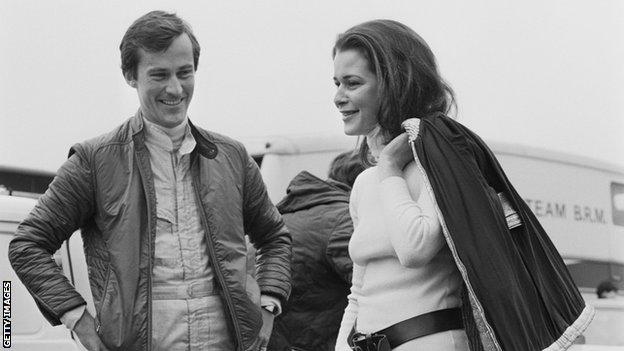 Beuttler raced in F1 for three seasons, from 1971 to 1973. As well as Hunt, he faced other world champions in Sir Jackie Stewart and Niki Lauda.

His path to the sport began to open up after he had success in the late 1960s in Formula 3 and then moved to Formula 2, most notably winning at Vallelunga in Italy in 1971.

Phillips met Beuttler in 1970, and got to know the driver well as he competed in Formula 2.

"He was quiet compared to Hunt or [British driver and motorcycle racer] Mike Hailwood and an incredibly friendly guy, but beneath that was a fierce determination and he took racing immensely seriously," said Phillips.

Beuttler got the reputation of being a very rough racer, because he did not like being overtaken and would block anyone who got in his way – and the nickname 'Blocker' was born.

In 1971, Beuttler made his F1 debut at the British Grand Prix in a privately funded March car.

His career was financed by stockbroker friends and in 1972 he raced as a semi-works March driver, with Lauda and Ronnie Peterson as his team-mates at the Canadian Grand Prix.

"He probably wasn't ready for F1 when he joined, but had a great team of backers," said Phillips.

"He made up for it with his determination and every time he climbed out of the car you knew he had been at work – he was sweating and his eyes were bulging." 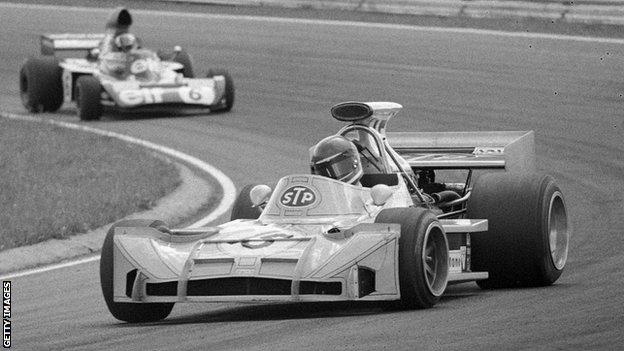 Mike Beuttler raced in 28 Grands Prix during his career

In 1973, Beuttler achieved his best-ever finish, seventh in the Spanish Grand Prix. Overall, he scored five top-10 finishes in his career.

But then the UK was plunged into financial turmoil by the 1973 oil crisis, and his team did not have the money to stay in the sport.

Ann Bradshaw, a motorsport PR consultant who first met Beuttler in the early 1970s, said: "There was no stigma with Mike, he was a nice gentle person – everyone knew he was gay, it wasn't a secret and it was accepted."

After Beuttler left motorsport he moved to the USA, spending time in San Francisco and Los Angeles.

"I suspect it would have been easier for him to live the lifestyle he wanted in LA and San Francisco, whereas being gay in London was a more secretive thing," said Phillips.

"He probably wanted to find his own generation where he could be open and free."

Beuttler's life in the USA remains a mystery, though there are reports he went into the business world.

"He just disappeared completely," said Phillips. "I don't know anyone who had any contact with him, apart from family."

What is known is that Beuttler died of Aids on 29 December 1988.

"His sister phoned me when he died," said Phillips.

"She phoned out of the blue one day and said, 'I am the sister of Mike Beuttler and I am very sad to tell you that he died of Aids in LA.'

"He was such a nice bloke."

'LGBT+ people have always been part of motorsport' 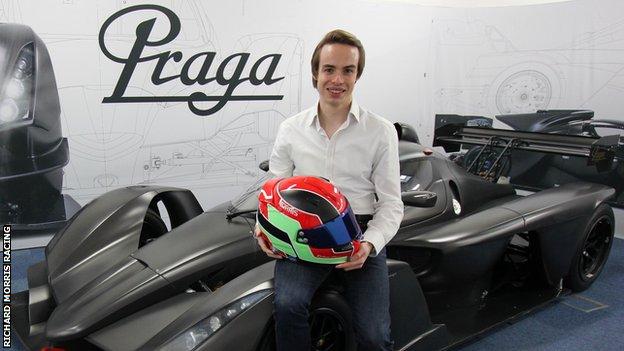 Since Beuttler's death, several motorsport drivers have come out as gay.

Le Mans class winner Danny Watts came out in 2017, a year after retiring, while in the W Series there is LGBT+ representation on track in fellow British drivers Abbie Eaton and Sarah Moore.

Richard Morris, co-founder of Racing Pride and a driver for the Praga team in the Britcar Endurance Championship, came out as gay in 2018, when already established in motorsport.

"I took my boyfriend to a race before I came out when I was racing in Formula Ford and he was there as my friend," said Morris, 30.

"I had women around me at tracks who were my friends. Some people knew I was gay but I wasn't out – I think that is very similar to Beuttler's experience."

Morris said coming out to the motorsport community has been a positive experience.

"I already had a boyfriend for seven or eight years but I had not told people in motorsport," he said.

"You worry it might affect your relationship with mechanics, you worry you might get extra scrutiny on social media and you worry sponsors will think it is a risk.

"But my team was very supportive and lots of other drivers started putting Racing Pride stickers on their cars – it has been brilliant."

With LGBT+ people being more regularly accepted and celebrated in motorsport now, how is Beuttler remembered today?

"Regarding his position in the pantheon of LGBT+ sporting heroes, it is time he is rehabilitated," said Bishop.

"If he was alive, he would have been interviewed about Section 28 and gay marriage."

Section 28 was a law that affected England, Wales and Scotland, passed in 1988 by a Conservative government that stopped councils and schools "promoting the teaching of the acceptability of homosexuality as a pretended family relationship".

"It is really interesting to look at Beuttler's story now – it shows LGBT+ people have always been part of motorsport and they have been really successful," said Morris.

"It also reminds us of the challenges faced."