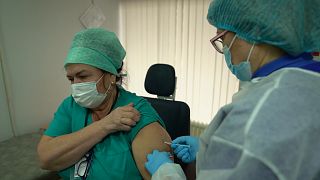 Inside Moldova’s biggest hospital, the medical staff are exhausted. Months of working on the frontline of COVID-19 have taken their toll. Doctor Ala Rusnac is one of these tired people. She works at the Intensive Care Unit in Chisinau’s Central Republican Hospital, but she also has first-hand experience of being a patient.

She developed severe pneumonia after contracting COVID-19 and was out of work for a month. She was eventually vaccinated on March the 2nd, the first day vaccinations started in the country.Doctor Rusnac is one of the lucky few to have received the jab in Moldova, one of Europe’s poorest countries and she knows how important they are.

She tells us how aware she is “that the vaccine is the only way to get rid of the problems linked to COVID-19, to decrease the death rate, to decrease the number of patients with severe and very severe forms of COVID-19, and generally to keep people alive”. 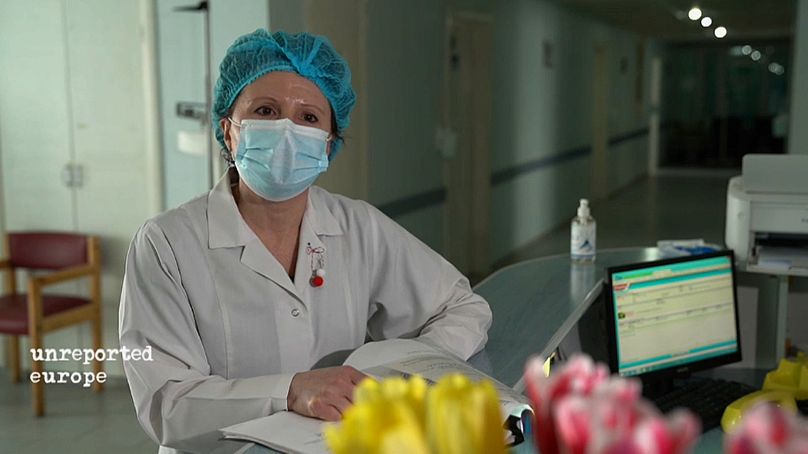 She strongly believes that “vaccines are the only way out”.

So far Moldova has only received 36 000 doses, barely enough for 1% of its population of 2.6 million. This stock isn’t enough to cover the country’s primary target: its 60 000 medical staff. Alexei Ceban, a coordinator from the National Vaccine Programme, tells us that a three-stage rollout is ready. However, the doses are not. He explains that to keep to their target of immunising 70% of their population, “we need to have more negotiations with manufacturers. But we are a small country, with a small size population; we are not as interesting for manufacturers as other countries”.

“Vaccines are the only way out”.

The consequences of the lack of doses are dire, especially for the most fragile. We accompanied an NGO called Diaconia, which distributes lunch boxes to elderly and isolated populations, to a poor neighbourhood in Chisinau. The week we went there, the death rate had almost doubled compared to the previous week. Yet despite this, there’s still no sign of more vaccines.

Father Andrian Agapi works with Diaconia. People trust him and priests in that area. They share their doubts and concerns with them. He tells us that “as the vaccination campaign has not yet arrived here, no one talks about it”. For people there “vaccines are not part of their daily discussions” or indeed their daily lives.

Moldova has a newly elected pro-EU President, Maia Sandu. We went to visit her at the Presidential Palace. She has managed to secure a donation of 200 000 doses from Romania. She has also got free access to 20% of Moldova’s total vaccine needs from the World Health Organisation’s co-sponsored COVAX programme.

Authorities are continuing to negotiate the purchase of doses at preferential rates through this WHO programme and from manufacturers. However, financial issues, bureaucracy, distrust and alleged corruption are hampering these attempts.

Sandu tells us that “we see states which are in a better position, with stronger institutions, which are facing challenges. You can imagine how difficult it is for a state with weak institutions like Moldova”. Fighting corruption in her country is on the top of her agenda and she hopes reforms will improve the vaccine situation. “We need to get rid of corrupt people who are trying to make money today even from the current situation”, she adds.

If solutions are not found, the country is at risk of becoming increasingly isolated. Around a third of Moldova’s population works abroad, often on temporary contracts in countries like Germany and Romania. An ineffective vaccination campaign could mean they may no longer find this work.

Ala Tocarciuc is an independent health policies expert. She, herself, has worked abroad in countries, like Ukraine, Russia, Switzerland and Ireland. She tells us that “it is already clear that coming in and out of Moldova depends on vaccination. There are already a lot of questions about a Green Vaccination Passport and how this will influence mobility, as everything is interconnected”. She firmly believes that the success of the global vaccination campaign will determine the success of Moldova’s vaccine campaign and vice-versa. 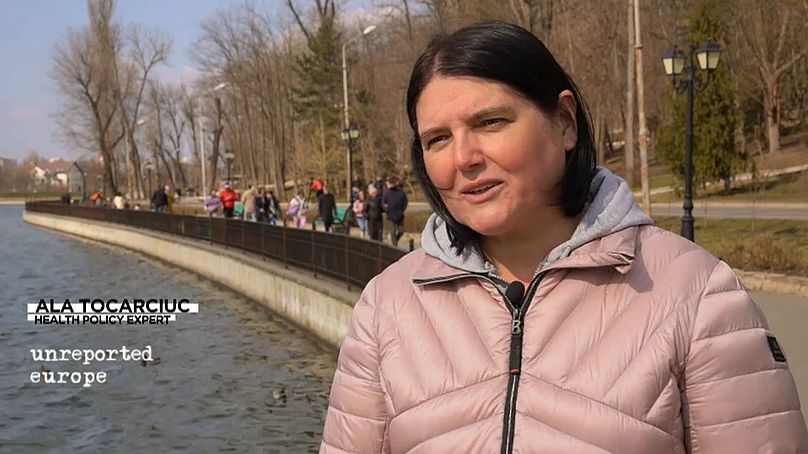 At the capital’s central bus station, we see first hand the effect that reduced mobility is having on Moldova. The main travel agency used to have 10 buses leaving for Bucharest every day. The passengers were mostly temporary workers. Now there are only two scheduled services a day.

Eugeniu Galupa, the agency’s manager tells us if he sells 10 tickets a day he’s lucky.

The need for hope

But people can’t get back to normal and move around freely until a vaccine solution is found. Over 4000 people have already died from the coronavirus in Moldova. It’s a number that Anatolie Stefanet, the leader of a popular jazz band, knows all too well. He lost his wife, mother and several friends to the virus. Vaccines came too late for his loved ones, but he’s hopeful that they can play a better role in the future. 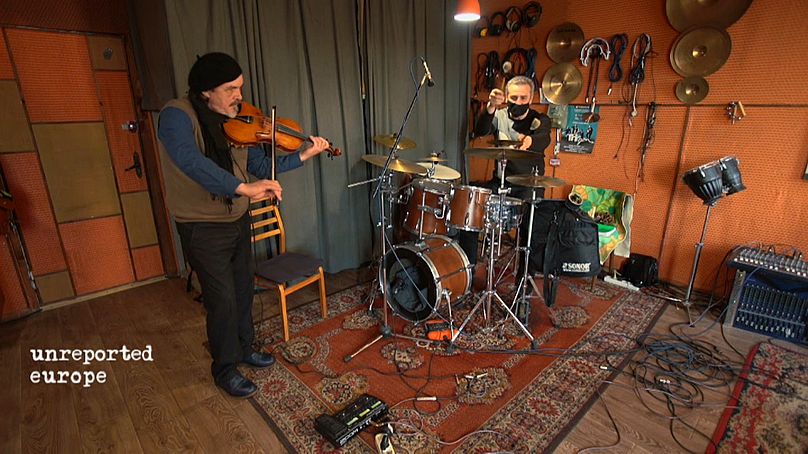 He tells us that “human beings need to have hope in something”. He knows that his personal tragedy has pushed him to feel this way, but he’s convinced that vaccines can bring this hope. As he puts it, “vaccines will help us stay alive”.