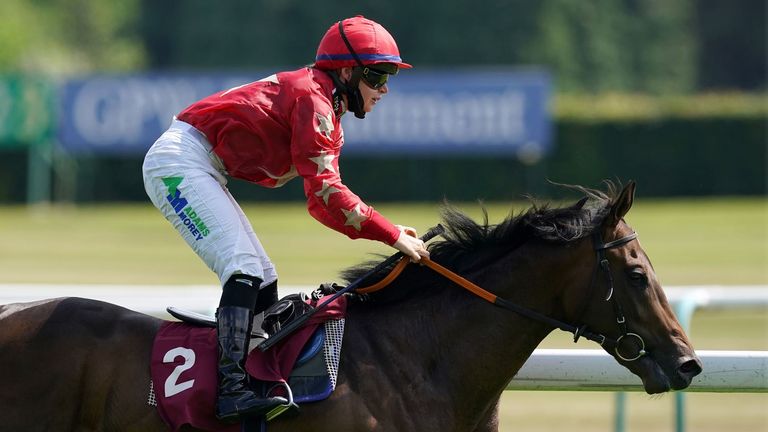 Mr McCann will carry the colours of famous footballing connections as he bids for Group Two glory in the Superlative Stakes at Newmarket on Saturday.

Third on his debut at Leicester in June, the Tom Dascombe-trained colt has since gone on to take two novice contests, most recently triumphing at Haydock when landing a seven-furlong contest by two and three-quarter lengths.

This represents a significant step up in class, as the bay is introduced to Group company for the first time, but Dascombe feels he has earnt the right to take his chance at a higher grade.

“He’s done basically everything we’ve asked of him so far,” the trainer said.

“It’s obviously a big step up in grade but he deserves this opportunity, it was always the plan to run him over seven (furlongs).”

Mr McCann will be partnered by Jane Elliott, who is based at Dascombe’s Cheshire yard and will have a significant chance of a significant weekend winner.

“I think it’s a great opportunity for Jane as well, for her to have a big winner,” Dascombe said.

“We’re really looking forward to it.” 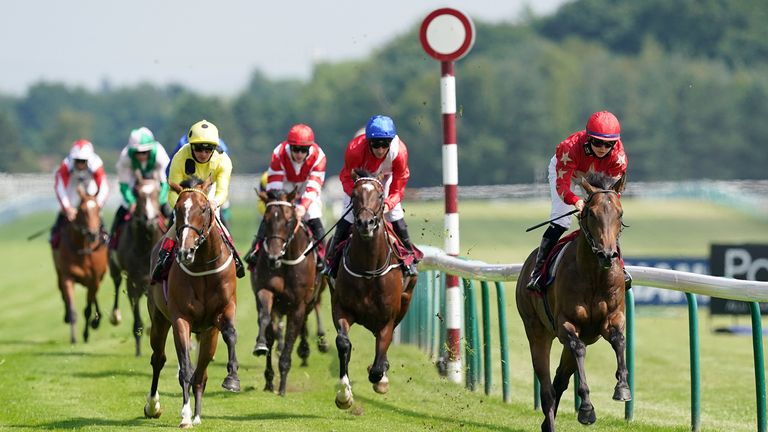 “It’s nice that we’ve been able to buy them a horse that’s doing quite well, just like it is with any of my owners,” Dascombe added.

Dascombe also runs Mot And The Messer, a Cotai Glory colt who was an impressive winner when last seen in a Ripon novice race, winning by five and a half lengths.

“Mot And The Messer is also a very straightforward horse,” Dascombe said.

“He’s done nothing wrong at all and he deserves his chance at a higher grade.

John and Thady Gosden’s Dhabab will have plenty of supporters after his sixth-placed Coventry Stakes performance at Royal Ascot, with Charlie Appleby’s Native Trail also well-fancied after winning his sole start at Sandown in June.

Great Max represents Michael Bell after finishing third in the Chesham Stakes at the Royal meeting, with Andrew Balding’s Masekela also lining up having been fifth in the same race.