Inbee Park leads the way after a 66 on day one of the Kia Classic in California; Mel Reid and Stephanie Meadow are just two off the pace, but Michelle Wie West struggled in her LPGA comeback 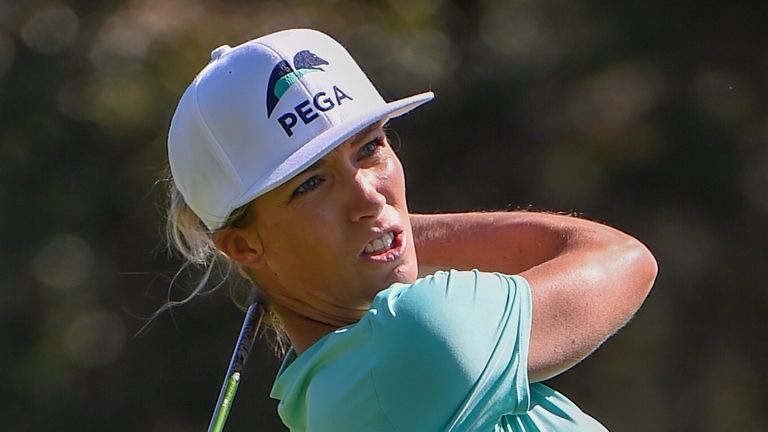 Mel Reid is two off the lead after round one

Mel Reid and Stephanie Meadow made strong starts to the Kia Classic as Michelle Wie West endured a difficult return to the LPGA Tour after a two-year absence.

Reid and Meadow both opened with four-under 68s to trail early leader Inbee Park by two shots after the opening day, but Wie was unable to build on a birdie at the opening hole as she was unable to break 80 in her first competitive round since the KPMG Women’s PGA Championship in 2019.

Park was one of only four players to hand in a bogey-free card on day one in Carlsbad, California, and the seven-time major champion made four birdies in six holes mid-round before adding another a 17 in a 66 that snatched the outright lead ahead of Hyo Joo Kim, who bookended her 67 with bogeys at the first and last holes.

Reid made an early mistake at the second, but that was her lone blemish of the day as she responded with immediate back-to-back birdies and picked up three more shots on the inward nine, and she did well to save par from 20 feet at the last having flirted with a water hazard from the tee.

“I think my par on 18 probably stands out the most,” said Reid, who won her maiden LPGA title at the ShopRite Classic last October. “I kind of hit it right and I don’t know how it didn’t go in the water. I was kind of in the hazard.

“Somehow I got it on the green, knocked it out 20 feet past and holed that for par, so there is no way I should have made par anywhere on that hole. I was nowhere near that hole. That is probably the thing that stands out the most.

“I missed probably three or four putts from inside 10 feet, but we also made some good putts. I don’t know. It was just a kind of stress-free round of golf, which is nice around here.” 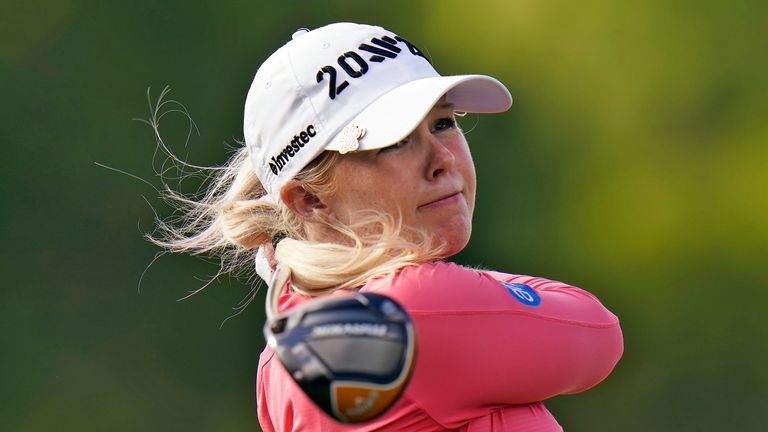 Meadow’s scorecard was similar to Reid’s with a bogey at the second offset by five birdies including three in a row from the sixth, and she was delighted with her performance in the blustery conditions at the Aviara Golf Club.

“The wind definitely picked up on the back side,” said Meadow. “I birdied the first, which is always nice, but kind of bounced back with a bogey on two. But then I had three in a row and I was able to get to the eighth in two today which was a nice two-putt birdie.

“And it was just kind of really solid on the back, I gave myself some opportunities, but the wind definitely is a big factor here. I feel like if you hit good golf shots you’ll be rewarded, and if you don’t hit it in the fairway it’s really penalising here, so that kind of plays into the strength of my game.

“It’s a pretty walk, it’s a gorgeous golf course, and it’s just easy to be happy out there I think.” 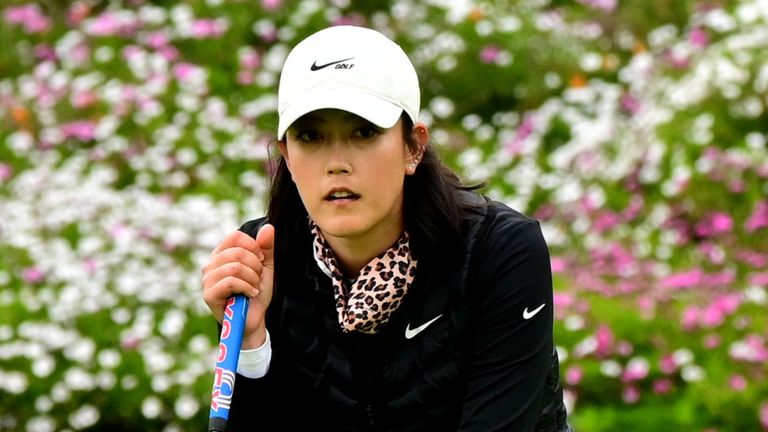 Michelle Wie West birdied the first, but struggled to an 81

Solheim Cup star Bronte Law also defied the difficult conditions to shoot a respectable one-under 71, but it was a torrid day for Charley Hull and Georgia Hall.

Hull double-bogeyed the first and dropped another shot at the third before going on to return a 76, with Hall two shots worse after the opening day.

Wie, meanwhile, was all smiles after a birdie at the first before things went sour as the breeze gathered strength, the former US Open champion carding eight bogeys and one double-bogey in a disappointing 81.

“It was tough conditions to come back to, but no excuses,” she said. “I’m really taking a lot of the positives out it, and there were a lot. Didn’t seem like it, but I’m excited, I’m grateful to be back out here, grateful that I have another day tomorrow to kind of get my game ready for the ANA next week.”