Seven-time major champion Inbee Park had a game as hot at the weather at Sentosa Golf Club in Singapore, carding an eight-birdie 64 to set the pace at the HSBC Women’s World Championship 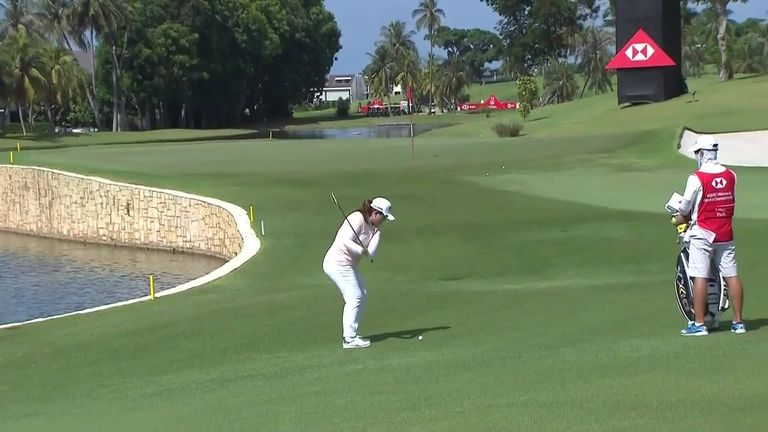 Inbee Park defied the heat and humidity at Sentosa Golf Club to fire an eight-under 64 and claim the first-round lead at the HSBC Women’s World Championship.

Inbee Park thrived in the stifling heat of Singapore as she fired a 64 to claim the first-round lead at the HSBC Women’s World Championship.

Park, twice the champion at this event, was supremely accurate off the tee on the New Tanjong Course at Sentosa Golf Club, hitting all 14 fairways while missing only two greens and converting eight birdie chances to end the day one clear of Hee Young Park.

Women’s Open champion Sophia Popov also enjoyed a strong start as she and fellow German Caroline Masson both opened with 67s, while Charley Hull carded a bogey-free 69 – three under for the round and one better than Mel Reid, Jodi Ewart Shadoff and Bronte Law.

Park made four birdies in six holes before the turn and picked up four further shots on the back nine, and the seven-time major champion admitted she gained confidence by having her husband, and coach, Gi Hyeob Nam on her bag for the week. 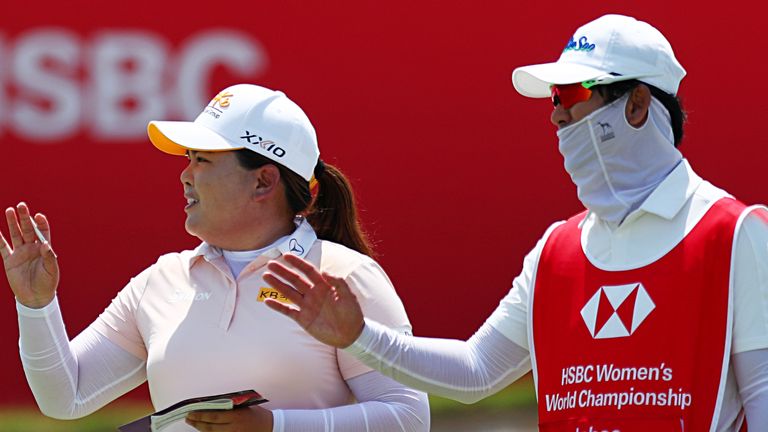 Park enjoyed having her husband on her bag

“I hit a lot of great shots but probably left myself a lot of 10 to 15-footers, and I was able to make most of them, which has been the difference this year,” said the 32-year-old, already a winner on the LPGA Tour this season at the Kia Classic last month.

“Holing putts when you need to hole, especially 10 to 15-footers, so those percentage the last few years wasn’t that great but this year has been a little better. So I think that really paid off today. 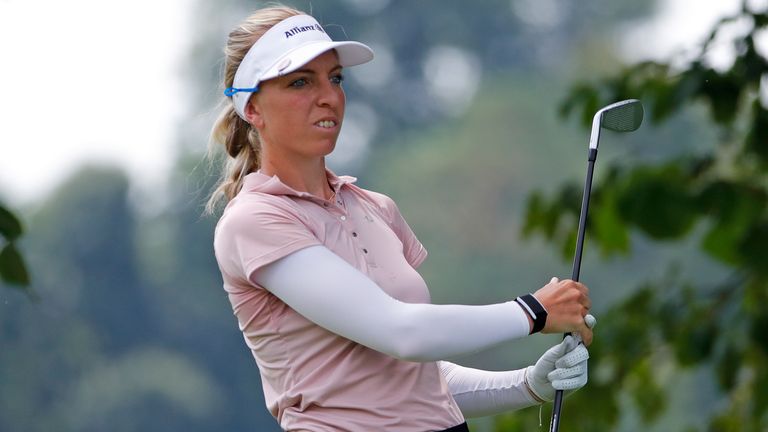 Sophia Popov fired a 67 on her debut in the event

“He caddied for me in the AIG Women’s Open, and I mean it was probably about 10 degrees Celsius. It’s probably 20 degrees hotter here, so he’s going to have to work hard this week.”

Popov, meanwhile, was delighted with her debut performance in the tournament, describing her seven-birdie round as a “cool experience” despite the hot and humid conditions.

“I’ve watched this tournament over the years and saw the other girls playing and I was never able to qualify for it,” said Popov. “I think that’s one of the perks that came with winning the AIG Women’s Open last year.

“That’s just been kind of almost like a bonus week for me again just being able to enjoy being out here with the top-70 girls right now and I’m playing on really really nice golf course.”