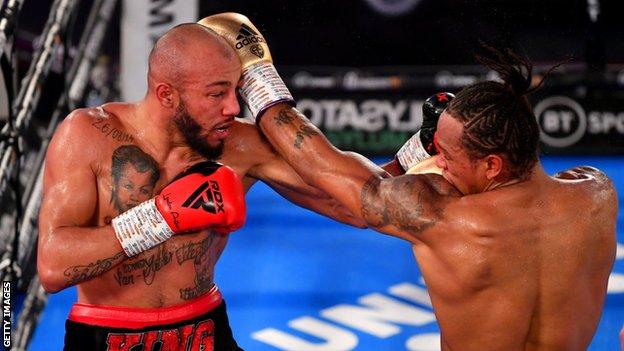 But after a slow start, 30-year-old Arthur's power saw him take control.

Faraci was allowed to fight on after being sent to the canvas, but one more right hand from Manchester's Arthur saw the referee quickly step in to end it.

Before the fight he had spoken of "putting England 1-0 up" and, after seeing off Faraci, Arthur said: "One-nil. I said it and we did it. So let's hope the boys can go and bring it home now."

Arthur – who is now 19-0 with 13 KOs – was fighting for the first time since a split-decision victory over Yarde in December.

Yarde, 29, was set to co-headline Saturday's event against Emin Atra, but the German had to pull out. That fight may now take place next month.

A win for Yarde is likely to see him meet Arthur in the ring again next, according to promoter Frank Warren. "Both the guys have agreed to it," he said.