Former England rugby player and current RFU Council member Maggie Alphonsi discusses sport’s response to racial discrimination, the changes so far, the need to push on, different perspectives, abuse suffered and ambitions for the future, on the anniversary of George Floyd’s murder Former England international Maggie Alphonsi speaks exclusively to Sky Sports on the anniversary of George Floyd’s murder about how sport has reacted and responded to racial discrimination.

Alphonsi, born and raised in London to Nigerian parents, picked up 74 caps for England between 2003 and 2014, becoming a Rugby World Cup winner in 2014.

She is also a current member of the RFU Council, and spoke in a wide-ranging interview about the changes achieved so far, the need to push on, different perspectives, abuse suffered and ambitions for the future…

What have been your reflections on the way sport has handled racial discrimination, in the past year in particular, after the murder of George Floyd?

“In the past year, following the murder of George Floyd, there’s been a lot of changes in the sense that I’ve seen athletes speak out more, which has been brilliant,” Alphonsi told Sky Sports. 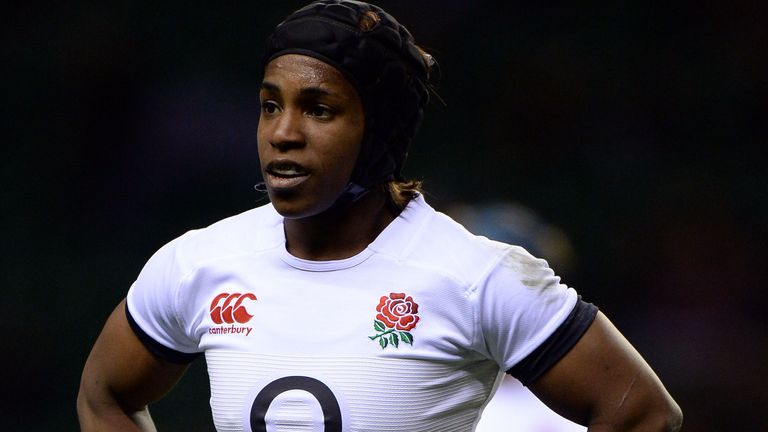 Alphonsi picked up 74 caps for England between 2003 and 2014, winning the Rugby World Cup before retiring

“They’ve expressed their feelings towards racial discrimination, things that need to be changed, and that has been incredibly positive. I don’t think we saw much of that before, or there wasn’t an awareness before.

“I can only really speak from my sport in rugby union, but I think there’s been a real want and need to change things as well, and to improve diversity.

“There has been some definite progression, from all sports, but there is still more that can be done. It’s almost like we’ve started with baby steps, and it’s now: how do we continue to keep accelerating this? And to not stop having these conversations.”

How do you think organisations like the RFU, World Rugby have responded to calls for equality in sport?

“There has been initial good, positive steps from many governing bodies. The RFU, World Rugby, and various other national bodies,” Alphonsi added.

“But what we don’t want is the conversation to end.

“I’m part of the Sporting Equals Monitoring Advisory Group, and that’s very much about holding national bodies to account with regards to the statements made following the Black Lives Matter movement. Alphonsi was elected to the RFU council in 2016

“In rugby union, we’ve got various different diversity and inclusion working groups, and that’s about hearing the voices from people within the game, players and leaders, and what we’ve seen there is people implementing actions.

“That’s the key bit. It’s one thing talking about, but how do we make sure we start to see real progress? In rugby, I’m starting to see it, but we need to keep pushing it.”

There are some high-profile current players, such as Maro Itoje and Marland Yarde, who have said not enough has been done, that the governing bodies don’t care enough about racism. What do you say to that?

“I can definitely see their points of view.

“They are coming from a different perspective. These are professional male rugby players playing in the Premiership, whereas I’m a female former player who is on the RFU council and deals with administration and governance of the game.

“I see what’s happening from behind the scenes, and they see it from the front. There’s different perspectives, and it’s important to recognise that my view is not necessarily the true view of everyone. Maro [Itoje] is going to have his perspective, Marland Yarde too, we’ve all come from different backgrounds. 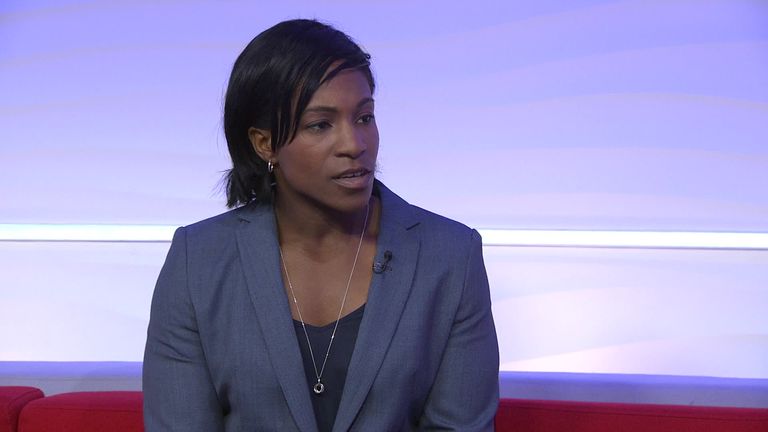 “What I’m trying to say is, there is still room for work. But we have seen some progression and are moving forward, where let’s just say maybe 10 years or five years ago, there wasn’t any progression, there was barely movement.

“Now we are starting to see movement and it’s not just in regards to seeing more different players playing on the field. For me, real change happens in the leadership roles.

“When we start to see real change in those roles, that’s when I feel like there’s been a greater consideration of the population that are playing the sport.”

How do you deal with pressure and battle with feeling obligated but also taking time for yourself and not always making everything in your life about race and gender?

“The biggest bit is that I want to get by every day and just be me without thinking about the fact that my identity is that I’m a person of colour or a woman. I just want to be able to work every day and be like a ‘normal person’ I guess.

“What I’ve tried really hard to do is not let things overwhelm me. It’s really important you have your allies and work with different types of people. That we have our platforms and all have our voice. 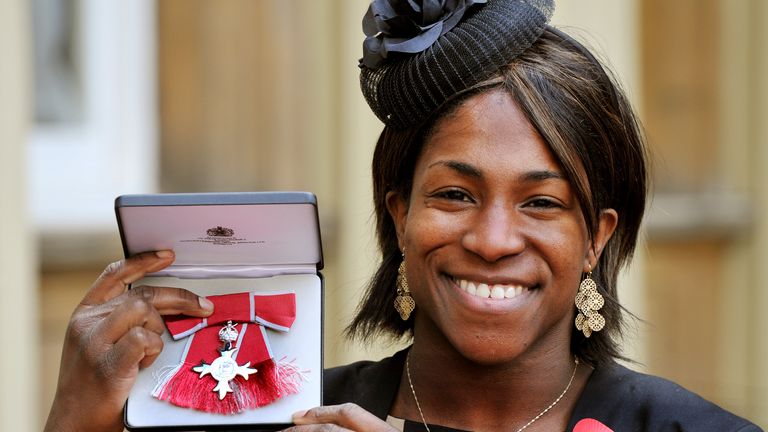 “I also make sure I step back from it, when things become too challenging.

“Unfortunately, I remember when I spoke about wanting to become an RFU President, social media went mad, and I’m not going to lie to you, I got a lot of racist abuse.

“Prior to that, I hadn’t really experienced it properly in my world of rugby union, and I have to say that really frustrated and angered me.

“What people didn’t realise is that I wasn’t talking about being the first black woman to be president, that wasn’t the headline I was utilising, actually I just wanted to be the President of the RFU. I’ve come from being a player, worked at the organisation and been a volunteer, so that was the route I’m taking.

“And it’s a natural progression for anyone who potentially wants to be on the RFU council. That’s where people tend to want to end up at some point if they can.

“Getting that abuse, I found it so frustrating and felt like it was all on my shoulders. I was the one talking about it, and felt like I was battling it on my own.

“But there are so many of us out there taking that first step, second step, third step, to continue to have that conversation. I may be feeling a bit of pressure every now and again but it’s well worth it if it means that there is going to be change.” Alphonsi has campaigned for greater diversity in participation for years, but now wants to see change at leadership level

In a year’s time, on the two-year anniversary of George Floyd’s passing, what would you like to have seen happen?

“What I would like to see in terms of change is the leadership pathway to open up. Greater diversity there, and more people at community level and grassroots level wanting to get to senior leadership roles.

“And not just for race, I mean for everything. More women, people with different sexualities, disabilities, different faiths.

“I want rugby union to really stand up to the title that it is a sport for all.”