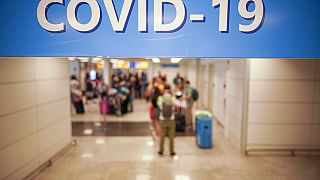 n this Aug.16, 2020 file photo, vacationers arriving in Rome from four Mediterranean countries, Croatia, Greece, Malta and Spain, line up with their suitcases at Rome airport.

Malta has abandoned its plan to close its borders on Wednesday to travellers that have not received the COVID-19 vaccine.

On Friday the government announced that from July 14, travellers would have to prove they had been vaccinated, which led to criticism from the European Commission.

The government announced on Tuesday that instead, arrivals would face an undisclosed period of quarantine. The compulsory self-isolation period for those arriving from countries certified as “red” is already 14 days.

The EC had criticised the ban, pointing out that the health pass system adopted by the EU – under which arrivals had to prove they were vaccinated, cured of the coronavirus, or recently tested negative – was binding on member states.

It had appeared to shut the door completely on tourists from the United States and other nationalities by saying on Friday that “anyone arriving in Malta must present a recognized vaccination certificate: a Maltese certificate, a British certificate or a certificate of the European Union”.

The new notice published on Tuesday, which comes into force on Wednesday, however includes many other nations, including the United States and Japan.

The small Mediterranean island of 500,000 boasts of being the most vaccinated country in the EU, with 79% of the adult population having received two doses.

But while on June 27 no new cases were reported and only 28 cases were recorded, Malta recorded 96 new infections on Friday, bringing the total of recorded cases to 252.

A large number of cases have been detected during language trips and the government announced last week that English schools, which attract students from all over the world each year, will be closed from Wednesday.

Hundreds of students, including 150 Italians, are stranded in Malta, placed in quarantine after this outbreak, according to the Foreign Ministry.