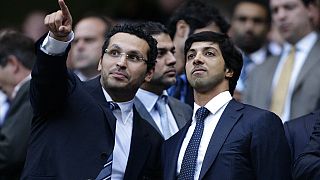 Manchester City fans buying tickets for the Champions League final will have their travel costs paid for by the club’s billionaire owner.

Sheikh Mansour said he made the gesture to ease supporters’ financial hardship amid the COVID-19 pandemic.

It comes a month after the club apologised for its involvement in the controversial breakaway European Super League.

The club faces Chelsea in an all-English final in Porto, Portugal, on Saturday, May 29.

Manchester City has been given 6,000 tickets for the match and supporters who snap them up will be offered a place on the official club trip.

“Thousands of City supporters will benefit from the initiative which is designed to ease the financial pressure on fans who have faced – and are still facing – challenging circumstances due to the impact of the Covid-19 pandemic,” read a club statement.

“Cognisant of how the pandemic has affected all Manchester City supporters and has created an increase in travel costs, Sheikh Mansour has sought to remove the most significant financial barrier to fans attending the final.”