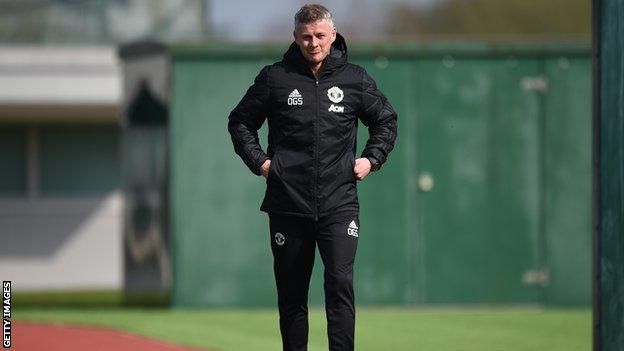 Manchester United boss Ole Gunnar Solskjaer spoke to fans who entered the club's training ground at Carrington on Thursday to protest against the Glazer family's ownership.

Over a dozen fans entered the complex but have now left.

Co-chairman Joel Glazer would have been a vice-chairman of the European Super League before United withdrew on Tuesday after a furious backlash.

On Wednesday, he issued a letter of apology admitting the club made a mistake joining the proposed breakaway competition.

"At approximately 9am this morning a group gained access to the club training ground," said United in a statement.

"The manager and others spoke to them. Buildings were secure and the group has now left the site."

Solskjaer was joined by coach Michael Carrick, technical director Darren Fletcher and midfielder Nemanja Matic in speaking to the fans, who were pictured at the security entrance, outside the main entrance and on a training pitch.

United were one of six Premier League clubs to sign up to the European Super League, before they all withdrew within 48 hours of the competition being announced.

"We failed to show enough respect for its deep-rooted traditions," Glazer said in an open letter to fans.

There has been a long-standing campaign against the Glazer family since the Americans' controversial leveraged takeover of the club in 2005. 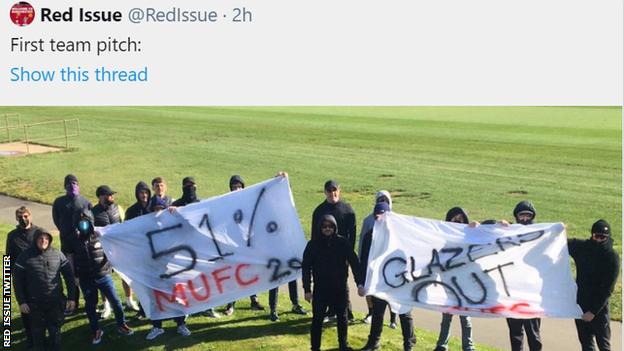 Fans at Carrington on ThursdayA football club bought back from the brink: The rocky story of Derry City is streaming nowMeet the Queens: Catch up on all of RuPaul's Drag Race on iPlayer now!
Source