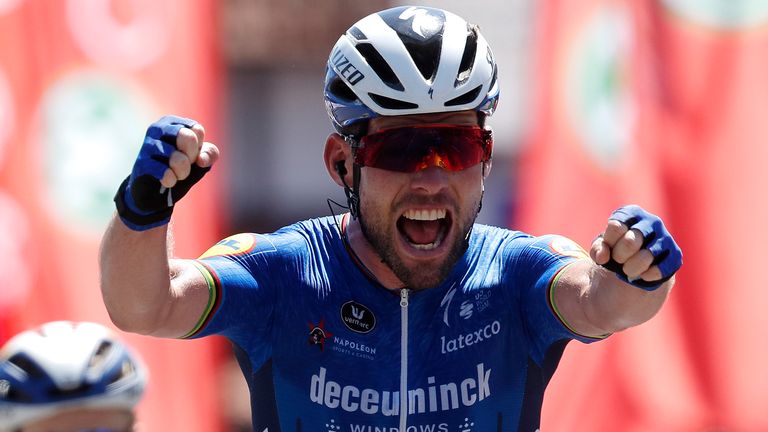 Victory in Beringen was Mark Cavendish’s 151st of his career

British cyclist Mark Cavendish says he is not finished in the sport after claiming victory on the final stage of the Tour of Belgium with a thrilling sprint finish.

It was the 151st victory of Cavendish’s 16-year career.

Posting to Instagram in the immediate aftermath of the race, Cavendish said: “Done? Nah mate, nowhere near.. Whaaaaa that was a nice win today @belgiumtour.

“Absolute machine of @deceuninck_quickstepteam boys leaving all on the road to deliver me in the sprint and keep @remco.ev in the leaders jersey. So happy to finish off a wicked 5 days with the team.”

Cavendish, who was competing in the tour for the first time, had replaced the injured Sam Bennett who is a doubt for the Tour de France, which starts on June 26.