Max Kieffer puts three balls in the water on fifth extra play-off hole to make a quintuple-bogey and miss out on a maiden European Tour victory; John Catlin bogeyed the hole to secure a third European Tour title 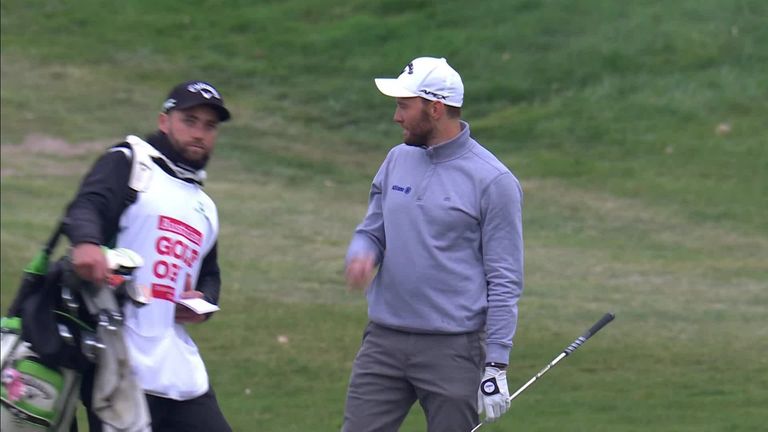 Max Kieffer missed out on the opportunity to claim a long-awaited maiden European Tour title after putting three balls in the water on one hole during a play-off at the Austrian Golf Open.

The German carded a six-under 66 at Diamond Country Club to join John Catlin on 14 under and take the contest to extra holes, where the two players kept returning to the par-three 18th to find a winner.

Both players made pars on the first two visits to the 170-yard hole and exchanged birdies on the third extra hole, with the pair then making pars at the fourth time of asking. Kieffer then made a costly mistake off the tee on the fifth extra play-off hole, with his shot finishing short of the putting surface and into the water.

The 30-year-old went to the drop zone and saw his third shot spin off the green and into the hazard, with his next attempt – his fifth shot – suffering the same fate and finishing in the penalty area.

Kieffer eventually found dry land with his seventh shot and holed the putt for a quintuple-bogey eight, taking the pressure of Catlin and allowing the American to bogey the hole and register his third European Tour title.

It isn’t the first time Kieffer has lost out in a lengthy play-off on the European Tour, with the world No 496 beaten on the ninth extra hole by Raphael Jacquelin at the 2013 Open de Espana.

Click on the video above to see Kieffer’s play-off hole to forget!